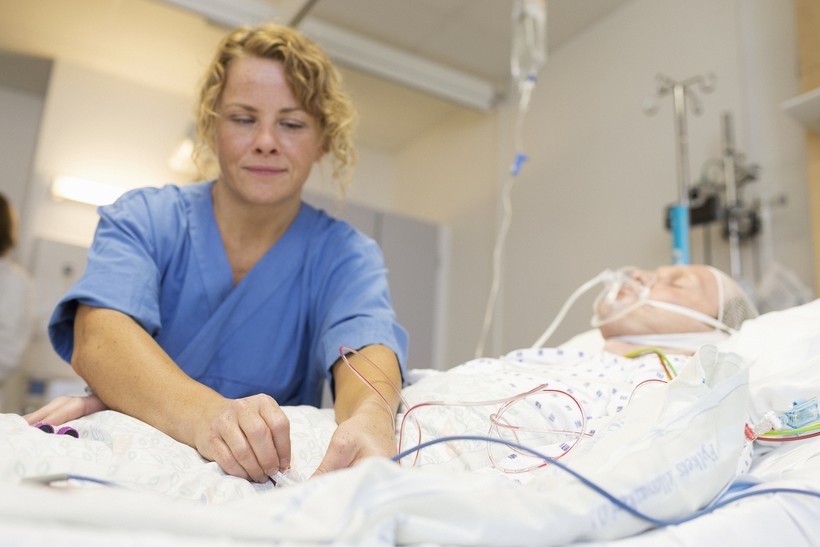 Wisconsin hospitals survived the worst of the pandemic. But a new report shows challenges ahead

Wisconsin hospitals rebounded from the pandemic, but staffing shortages, worker burnout and record inflation could spell trouble, according to an industry report.

The state's largest healthcare systems posted $4 billion in profits last year, buoyed by COVID-19 relief aid, strong investments and the return of delayed elective operations, according to the report by the Wisconsin Hospital Association. But this year's financial outlook is uncertain.

"We are still in a public health emergency," said Brian Potter, senior vice president of finance for the Wisconsin Hospital Association. He described the past few years as a "roller coaster."

The WHA report drew from data in its fiscal year and annual surveys of 18 of the state's largest healthcare systems. It found Wisconsin hospitals generated $27.7 billion in total revenue last year. And 21 of the state's hospitals lost money last year, down from 32 in 2020.

When the pandemic struck in 2020, the state suspended its elective services as people hunkered at home.

Nationally, state hospitals and health care systems collected $134 billion through the federal provider relief funds, and of that, Wisconsin received more than $1 billion, the report said.

"When you don't see patients, you also don't create revenue for your organization. And in the meantime, you know, we had kept our team fully employed, and then we're paying the bills," said John Russell, WHA board member, president and CEO of Prairie Ridge Health in Columbus, Wisconsin. "The CARES Act funding, the provider relief funds, were very important."

Those federal dollars were a lifeline, industry leaders say, but that was one-time funding that made the 2021 financial results look good.

According to the report, profits have been down so far this fiscal year. Despite that challenge, filling jobs is the most pressing issue for some.

"Our biggest struggle right now is the workforce," Russell said. Costs are up as the hospital wrestles with inflation and looks to fill open jobs for registered nurses, doctors and technicians, he said.

Laura Mays, the public relations director for Stoughton Hospital, has been with the organization for over a decade. She said she's never seen so many job openings until now.

"People are tired. It's been a challenging three years, and there is burnout. But there is also hope," she said.

Russell, of Prairie Ridge Health, said his hospital is locked into a three-year contract with insurance companies for a fixed reimbursement amount, but it doesn't account for the 40-year record high inflation.

"Just think about it from your own perspective," he said. "If your salary is remaining unchanged from year to year, and your expenses are going up by over 8 percent, that's money you're just not going to make, right?" he said.

"Like health systems across the country, we have experienced serious operating financial challenges. Costs have increased significantly due largely to labor shortages, supply chain issues and inflationary pressures on expenses," the spokesperson wrote in an email. "As responsible stewards of our resources, we are using these challenges as an opportunity to improve health care delivery while reducing costs."

While each healthcare system grapples with its own issues, Russell said, rural hospitals are taking a personal hit.

"In rural communities, we see our community members sick. They're our friends or neighbors. And that takes a toll on you," he said.