About 366,000 nonelderly people in Wisconsin lack health insurance coverage, according to an Urban Institute analysis. Still others are underinsured, which can still leave them overwhelmed by large medical bills that they are unable to pay. Claire DeRosa/Wisconsin Watch

A Wisconsin Hospital Promised To Stop Suing Most Patients During The Pandemic. Then It Filed 200 Lawsuits.

Alysa Gummow didn’t know what to think in October when the letters from law firms arrived in the mail. She had filed for bankruptcy in 2017 to restructure nearly $50,000 in debt — mostly from an earlier hip surgery. But that was resolved. Why was she getting these letters now?

The 37-year-old learned that Froedtert South hospital in Kenosha, Wisconsin, was suing her to recover about $1,000 in separate bills that her health insurance didn’t cover.

A maskless man visited her home a few days later to make the lawsuit official, delivering the message: "You’ve been served."

In April, Froedtert South said it would make debt lawsuits "rare" during the pandemic. But the hospital has since filed at least 231 lawsuits in small claims court against debtors like Gummow. It filed more in 2020 than it did in 2019 — 314, compared to 282.

This year’s lawsuits collectively seek to recoup $1.1 million in alleged debt, according to a WPR/Wisconsin Watch analysis.

A previous Wisconsin Watch/WPR investigation found that hospitals statewide sued dozens of patients early in the pandemic. Froedtert Memorial Lutheran in Milwaukee and Green Bay-based Bellin Health Systems dismissed some of those lawsuits following the April 1 report. They were among several hospitals — including Froedtert South — that pledged to limit aggressive debt collection during the public health crisis.

The hospital might file a suit "in rare circumstances" to preserve its rights — for instance, if the statute of limitations for suing is about to expire, he added.

Other Wisconsin health care providers have recently sued over debt, but Froedtert South’s volume stands out.

Affiliates of SSM Health have filed nine debt lawsuits since April. Those likely involve unpaid bills from before 2020, said spokeswoman Kim Sveum. Recognizing families’ pandemic struggles, the system says it will "not proceed with any collection matters" for unpaid services occurring this year.

Suing patients remains a "tried and true way of recovering on debt," said Nicholas Bagley, a University of Michigan law professor — even if it seems to conflict with the nonprofit spirit of community service. Nearly half of U.S. hospitals operate as nonprofits, exempt from paying most sales, income and property taxes.

In exchange for the tax breaks, nonprofit hospitals agree to serve their communities by working to bolster public health, conducting research and providing care to people experiencing poverty.

Gummow and many other indebted patients are underinsured. About 366,000 nonelderly people in Wisconsin lack any insurance coverage.

Consumer advocates say many patients remain unaware of a hospital’s financial assistance program, or they are overwhelmed by paperwork necessary to qualify, and bills can be hard to decipher.

"It's absurd that we have to go into debt to be healthy. And if we don't have the money, we can't go to the doctor," Gummow said.

But the law defines no metrics for that requirement, experts say, meaning hospitals are rarely penalized even when critics argue they fall short.

Gummow accrued her debt to Froedtert South over two years of ordinary office visits and lab work to treat her attention deficit disorder, depression and anxiety.

Kostka and Associates, a Wausau-based debt collections firm that sued Gummow on the hospital’s behalf, shared a list of the charges when she requested proof. Law firms must provide proof of debt upon request, but the firm did not include it in the initial letter.

Gummow said she agreed to pay $25 a month, but each new bill would continue to list the full amount she owed. "It was very confusing," she said, adding that she also struggled to use an online payment portal. When she called last July to sort it out, she learned the hospital kicked her debt to a collections agency.

Froedtert South would not comment on its billing practices.

Kostka and Associates, which declined to comment, filed the suit on Oct. 14.

Gummow wants to avoid a legal judgment that could damage her credit score and her dream of one day buying a house. But even lawsuits without a judgment can harm someone’s credit history — trapping them in "'an electronic debtors' prison," said Bobby Peterson, executive director of ABC for Health, a nonprofit public interest law firm in Madison. 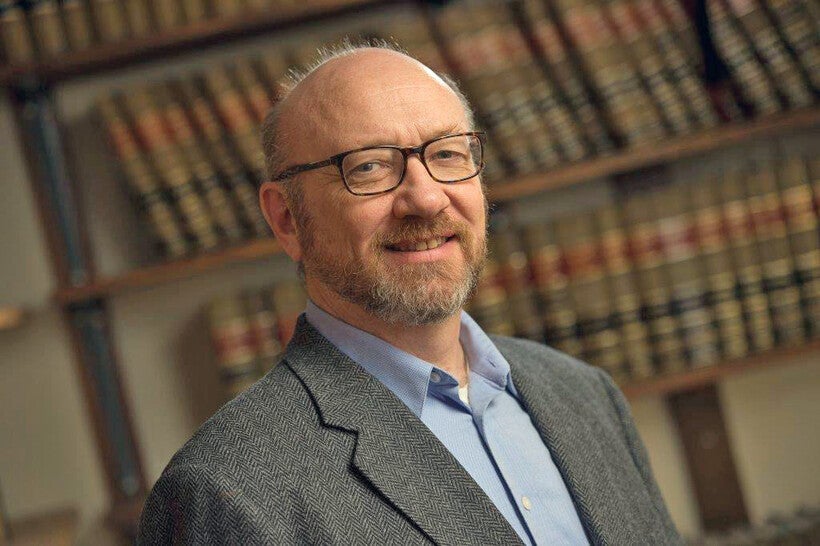 Gummow said she proposed paying $100 monthly, but the firm insisted on $193.

Seeing no other choice, Gummow agreed to the terms, which included $160 in additional fees and an agreement to dismiss the case if she pays in time.

Paying won’t be easy. The single mother’s bills — rent, car payments, utilities, health insurance and WiFi — eat up most of the $2,470 she makes monthly before taxes while working for a logistics company. That doesn’t include food, gas and medical prescriptions for herself and her 17-year-old daughter. She relies heavily on credit cards to keep up.

Gummow navigated the lawsuit without a lawyer, believing she could not afford one. Most debt defendants lack legal representation and don’t appear in court, according to Mary Fons, a consumer protection lawyer in Stoughton. The result, Fons said: A hospital will win a default judgment — regardless of whether the debtor was properly billed.

"We're willing to ruin people's lives — ruin their financial lives, for 20 to 40 years so hospitals can get paid," Fons said. "We have to figure out a fairer way." 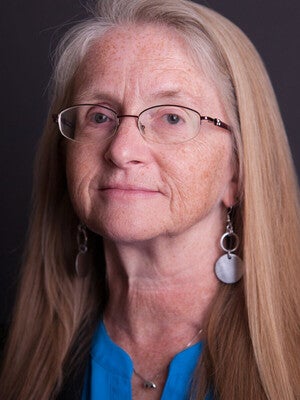 Jesse Guadarrama, another patient Froedtert South sued this year, figures he forgot to update his billing information when switching credit cards. The 34-year-old Kenosha auto technician has always been insured.

Before the lawsuit, Guadarrama said he tried negotiating down his roughly $2,200 in charges. They didn’t reach an agreement before the coronavirus shuttered businesses and his wife delivered a baby girl — the sixth child in the couple’s combined family.

Guadarrama delayed paying, hoping the hospital might drop it at a time when he and his wife lost working hours to the pandemic and newborn.

Instead, the hospital sued.

The couple were both recovering from COVID-19 — which left Guadarrama weak and bedridden for several days — when a man showed up to serve the legal papers.

Guadarrama did not seek a lawyer. He dipped into savings to eliminate the debt in a single payment after again proving unable to negotiate. That dismissed the case.

"Fortunately we had enough money in savings to pay it off, but I can just imagine what others are going through," he said.

Hospitals typically allow collection agencies to keep a large percentage of what they collect. Or hospitals sell firms the debts outright, often at a steep discount, Peterson said.

Bagley, the Michigan professor, said profitability depends on volume; a few hundred dollars collected here and there adds up.

Most hospitals provide uncompensated care to serve their communities. Froedtert South in 2019 provided about $3.27 million in at-cost charity care, accounting for about 1 percent of its total expenses. That is in line with other major Wisconsin hospitals, according to a Wisconsin Hospital Association Information Center report.

"Hospitals in Wisconsin write off more than $1 billion in charges each year for bad debt and charity care, which shows that their policies are effective in helping those most in need,” said Kelly Lietz, a Wisconsin Hospital Association spokesman. 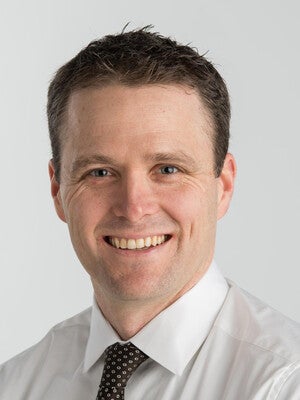 Nicholas Bagley, a University of Michigan law professor, says suing patients remains a “tried and true way of recovering on debt” — even if hospitals might seem to conflict with the nonprofit spirit of community service when doing so. Photo courtesy of Nicholas Bagley

Gummow’s income falls beneath the lower threshold, but she said she didn’t learn about the program until it was too late; a hospital representative told her she could not apply to forgive bills already sent to collections.

Froedtert South says it promotes its charity care offerings to its patients.

"We encourage patients who anticipate difficulty paying their portion of their hospital bill to meet with one of our financial counselors," the hospital says on its website. "Our counselors will make every effort to assist patients who are uninsured or who have financial challenges."

Froedtert South added information to its website, including a link to its complete financial aid policy, after a reporter asked about how widely it publicizes the details.

Whether any hospital does enough under ACA to publicize charity care offerings is a matter of opinion. Congress offered "no clear metrics" for compliance, says Ge Bai, an associate professor of accounting and health policy and management at Johns Hopkins University.

The outcome of a U.S. Supreme Court case could further shape how hospitals deal with patient debt. The justices in November heard arguments in a Republican-led challenge to overturn the ACA.

Some 21.1 million Americans would lose insurance — including 112,000 in Wisconsin — if the court strikes down the health reform law, according to an Urban Institute analysis.

"And as soon as you see higher rates of uninsured, hospitals have more of an incentive to go after people they provide services to," Bagley said.