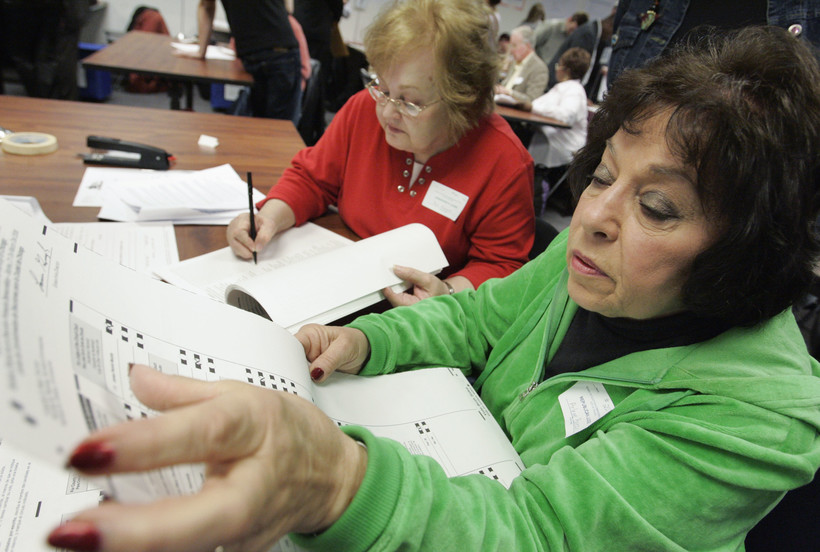 In this 2006 file photo, ballots are counted in Chicago.

In a press release from the agency, Administrator Michael Haas  said, "The Commission is preparing to move forward with a statewide recount of votes for president of the United States, as requested by these candidates."

Republican Donald Trump finished ahead of Democrat Hillary Clinton in Wisconsin by about 23,000 votes. Stein came in fourth place, 1.3 million votes behind. Green Party officials say the recount is about checking the integrity of the voting process, not about whether Trump won or lost.

"We are not doing this to the benefit of one candidate over the other," said national party official and Milwaukee activist George Martin. "We're doing this for the benefit of the American public. So that we can trust our votes are counted."

Martin said there's no smoking-gun evidence of wrongdoing, but he said there's enough "peripheral evidence" to merit a recount.

The Green Party says it's raised more than $4 million for recounts in Wisconsin, Michigan and Pennsylvania.

The Milwaukee Journal Sentinel reports that the recount will have to be completed by a Dec. 13 federal deadline, putting the state at risk of having its 10 electoral votes go uncounted if it's missed.

At a Milwaukee news conference, Wisconsin Greens were joined by some Unitarian ministers who say their church has also been looking into potential vote discrepancies. Reverend Jennifer Nordstrom said it's important to count all the paper copies that were generated in the voting process.

"Computers make mistakes," said Nordstrom. "We all know that, and computer security experts around the country have said that these machines are vulnerable to hacking. No human eyes have looked at these ballots yet, so part of what we want to do is have human beings look at the ballots and make sure."

Some political scientists say they doubt a recount will change the result in Wisconsin.