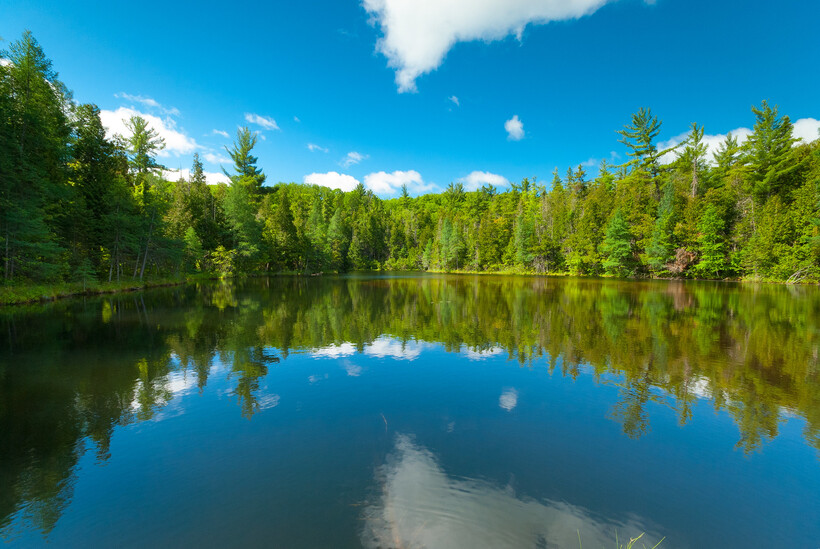 On Arbor Day, the state announced it's reached more than 12 percent of Gov. Tony Evers’ goal to plant 75 million trees in Wisconsin by the end of the decade. More than 9.3 million trees were planted last year, according to the state’s first annual report on the initiative.

The governor issued an executive order last year directing the Wisconsin Department of Natural Resources to work with public, private and nonprofit organizations to reach that goal. The commitment is part of the U.S. Chapter of the Global Trillion Trees Initiative, which also seeks to protect and conserve 125,000 acres of forest.

"Planting and conserving trees and forests is a simple and powerful tool for storing carbon and tackling climate change, and I’m excited about the progress we’ve made on Wisconsin’s pledge to plant 75 million trees by 2030," Evers said in a statement.

On average, the state tracks or supplies between 2 million and 5 million tree seedlings each year, according to the DNR. The tree planting initiative is expected to store nearly 29 million metric tons of carbon dioxide over the next half century — that’s roughly the equivalent of emissions released by 6 million vehicles each year. The state’s forest cover about 17 million acres.

In 2021, the DNR’s reforestation program provided more than 4.8 million tree and shrub seedlings for planting on public and private land.

The DNR also distributed more than 31 million seeds that are expected to yield around 3.5 million trees.

"DNR staff are producing seedlings in concert with private nurseries, not only meeting the needs of the growing public, but doing so in a manner in which we are fostering genetic diversity and looking for species that will thrive in our warming climate," DNR Secretary Preston Cole said in a statement.

But trees are fighting their own battle as the climate warms.

State scientists have found warming temperatures is driving droughts and longer growing seasons that stress forest ecosystems. That’s increased the length of the fire season and frequency of large wildfires that contribute to carbon emissions, as well as raised the risk of new pests or invasive species like emerald ash borer, an invasive wood-boring beetle.

"We feel that this effort will help contribute to those reforestation efforts to make sure that we still have kind of a diverse species and diverse age classes for the future, so that we can have that continuous forest resource here in Wisconsin," Berklund said.