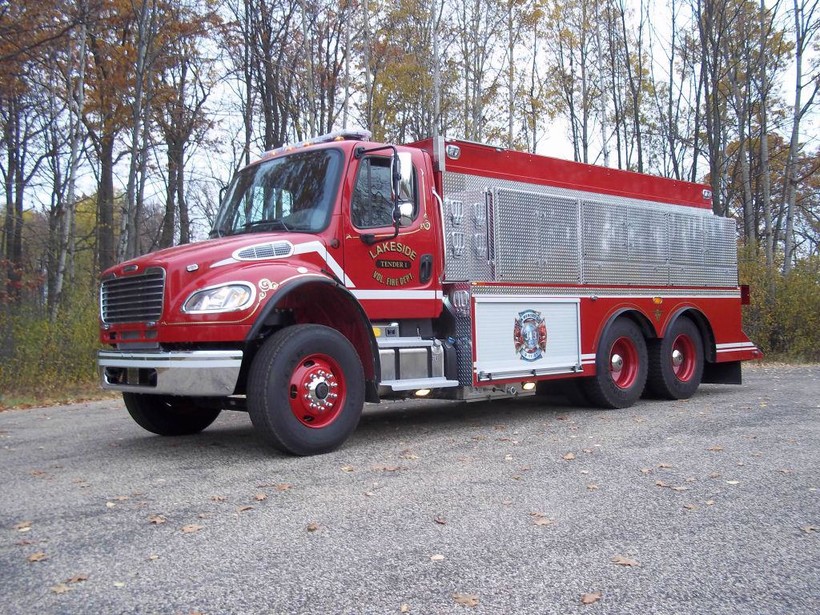 Some volunteer fire departments fear the new rule that removes a grace period for minimum training standards on Oct. 1, 2019, could have a chilling effect on recruitment and retention of volunteer firefighters.
Photo courtesy of the Lakeside Volunteer Fire Department

Running into burning buildings may be part of the job for Wisconsin firefighters, but as of Oct. 1, 2019, they’ll have to comply with new minimum standards for training before heading into dangerous situations.

An update to a state rule, known as SPS 330, has been in the works since 2011. The change to the state’s Fire Department Safety and Health Code brings Wisconsin more in line with neighboring states and federal requirements set by the U.S. Occupational Safety and Health Administration, according to the Wisconsin Department of Safety and Professional Services.

"Fundamentally, it comes down to firefighter safety and the safety of the personnel,” he said. "OSHA’s requirement, generally speaking, is that you have to have the training to do the job before you do the job at a fire scene in an emergency."

The most recent needs assessment compiled by the National Fire Protection Association in 2015, found 36 percent of Wisconsin departments had members that had not been formally trained in structural firefighting. The data was based on a 25 percent response rate from 200 departments out of roughly 800 in the state, according to the association.

Wisconsin is the only state in the region that doesn’t currently adhere to OSHA standards. Neighboring states Minnesota, Illinois, Michigan and Iowa incorporate federal requirements. The new rule removes a two-year grace period to meet minimum training standards for interior firefighting in order to comply with OSHA standards. Melby said each fire department has been handling training requirements based on department policies within that grace period.

"There was an area in there where, locally, those departments, if they couldn’t find a class within that period, that they’re allowed more room on how they would use those people," Melby said.

However, he said that doesn’t mean fire chiefs would send untrained members into situations that posed an immediate danger.

"They may have been performing functions on a fire ground that they hadn’t had training in like setting ladders or operating a pump or something like that," he said.

While the rule removes grace periods, it allows departments to use on-the-job training so new members can assist with firefighting activities, including setting up hydrants or laying hose. The rule clarifies that no untrained member should take part in structural firefighting, which Melby said is already an expectation among fire chiefs.

The rule also removes a one-year grace period for fire officers to obtain more comprehensive training in order to meet OSHA standards, which is a concern for Nova Nordrum, fire chief for the Lakeside Volunteer Fire Department in northern Wisconsin. The volunteer department currently has nine members.

"With the requirements being raised for officers, none of my officers at this time with the exception of one will meet that requirement," she said.

The rule does grandfather fire officers who were appointed before Oct. 1 of last year. Nordrum fears the new rule could have a chilling effect on recruitment and retention of volunteer firefighters.

"Sometimes you’ll have to travel an hour or hour and a half sometimes to another facility that’s handling the training," he said. "If you got to do that a few nights a week or one night a week, that gets to be a lot of traveling time too."

The rule creates a requirement that firefighters receive training from a qualified instructor, but the instructor can be a person with expertise on the issue that’s familiar with the department and its operations. The rule also does not add training and educational requirements for firefighters. The change does not require firefighters, officers or instructors to obtain certification, which involves more education.

A survey by the Wisconsin State Fire Chiefs Association of its 1,100 members found the majority of the 101 responses the organization received did approve of the rule change. Melby said fire departments may go through growing pains with the new rule, noting he’s sensitive to the challenges facing volunteer departments as a volunteer fire chief for the Town of Campbell.

Pedersen contends it’s not a matter of willingness to complete training, but time.

"It sounds good, but the practicality is tough for small areas," he said.

The last review of the state’s Fire Department and Health Code was conducted in 2001.