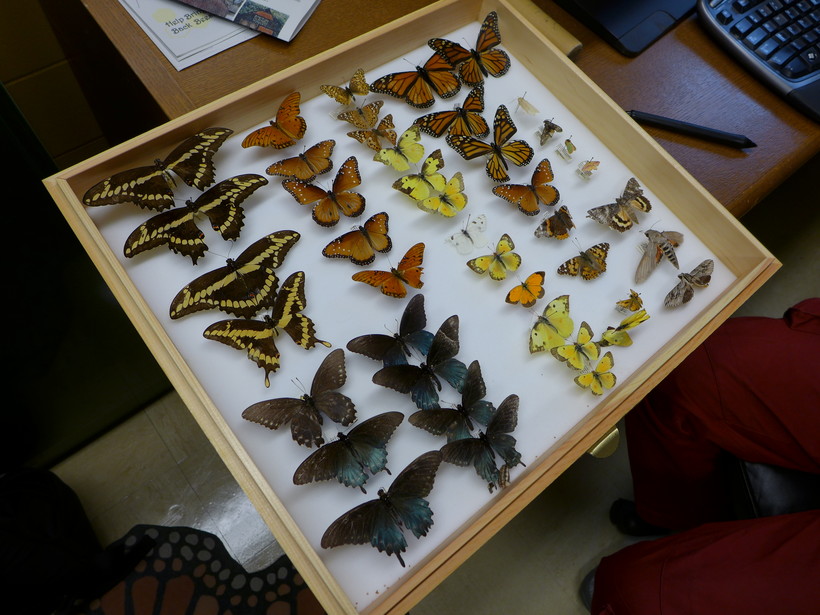 Entomologist Barrett Klein shows off his collection of monarch butterflies and related species in with UW-La Crosse office. Hope Kirwan/WPR

Barrett Klein, entomologist at the University of Wisconsin-La Crosse, said the number of monarch butterflies traveling from Mexico this year is unusually high compared to the last decade.

"Unusually high likely due to ecological and environmental conditions really conducive to them having a great time in Mexico. That may be short lived," Klein said. 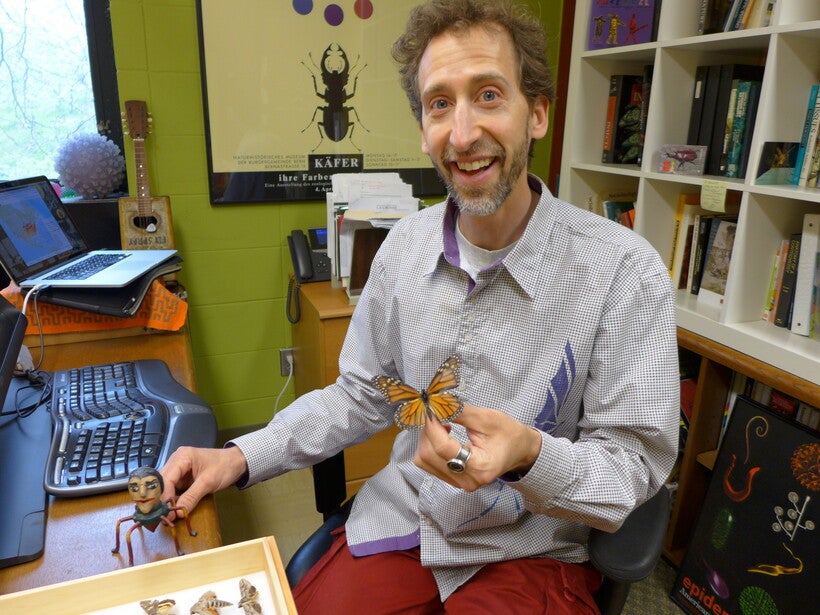 He said the monarch butterfly has been greatly effected in recent years by climate change and human impacts like pesticide use and agricultural practices.

But Klein said efforts in Wisconsin and other states to replenish habitat and reduce pesticide use could help sustain a larger population.

He said websites like Journey North that track monarch butterflies migration and other citizen science projects help raise awareness about the danger facing pollinators like butterflies and bees.

"People getting out there photographing, tracking, identifying, tagging monarchs, that allows us to at least begin the process of assessing numbers and changing numbers over time," Klein said.

Klein said he’s already seen a Monarch butterfly this year and a few other sightings have been reported across the state.

He said the main population should arrive before the end of May.