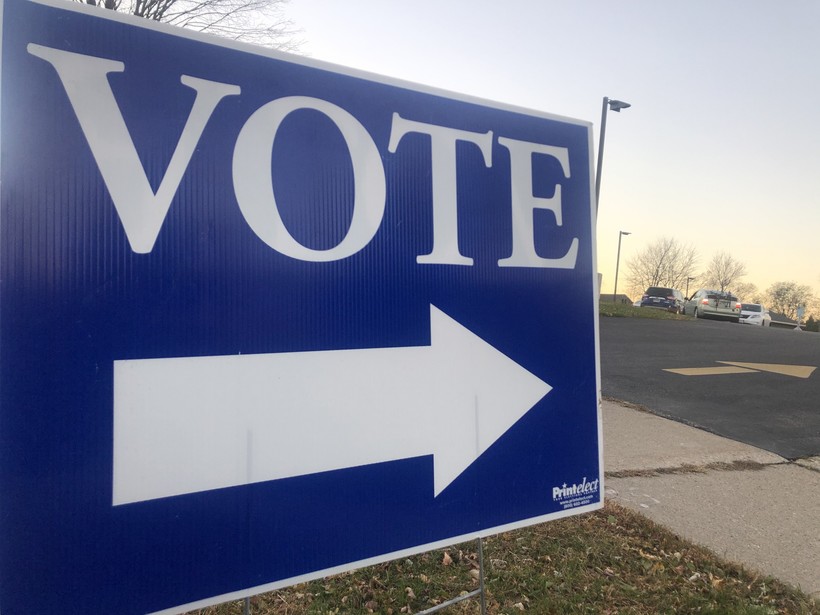 State election officials debunked several false claims about Wisconsin's voter list Wednesday during testimony to a panel of lawmakers that had amplified the claims just a week earlier.

Robert Kehoe, the technology director for the Wisconsin Elections Commission, told legislators that the agency wasn't offended by criticism of its WisVote system, which maintains voter records and helps the state's more than 1,800 local clerks plan for elections. But Kehoe said other claims being made about the system were stunning and showed a lack of due diligence on the part of people making the accusations.

"I believe it is important to address questions and concerns, in part to distinguish between genuine issues, worthy of our energy to address and falsehoods that cause us to waste countless hours chasing ghosts," Kehoe said. "If we fail to make this distinction, then Wisconsin will have lost an opportunity to address real concerns while focusing on imaginary anxieties."

Much of Kehoe's testimony was focused on rebutting claims made by Peter Bernegger, a New London resident who is leading his own review of the 2020 election. Bernegger, who was convicted of federal mail and bank fraud in 2009, was invited to speak to the Assembly Committee on Campaigns and Elections, led by state Rep. Janel Brandtjen, R-Menomonee Falls.

Bernegger's presentation a week ago included a series of slides and spreadsheets, often highlighting specific voters or addresses. He told lawmakers that with the help of a "supercomputer" and a team of volunteers, he would eventually find "well over 50,000 illegally cast ballots" in Wisconsin.

Kehoe walked through several of Bernegger's allegations Wednesday, telling lawmakers that many of them were easily disproved.

For example, Bernegger questioned whether a voter named Ambrose Aadventure was fake, but Kehoe said he was able to quickly search court records showing that Aadventure was a real person who had legally changed his name.

"That's what due diligence looks like," Kehoe said. "No supercomputer is required."

Bernegger had also highlighted hundreds of names who were registered at "Outer Loop Road" in Somers, a street that no longer exists. Kehoe said the road had been renamed "University Drive" and was now home to the University of Wisconsin-Parkside's student apartment complex.

"So, in fact, it is not at all surprising that 359 people are registered with this address," Kehoe said.

A similar Bernegger claim raised questions about one of hundreds of people registered to a single address in Madison. Kehoe noted that address is home to one of the largest apartment complexes in the city.

"But some people are using these voters to support their claim that tens of thousands of fake records were created to cast ballots in the 2020 general election," Kehoe said. "Again, there's a shocking and frightening claim, still without one single example."

Kehoe, who testified alongside Elections Commission administrator Meagan Wolfe, said he wouldn't use his testimony to go into every allegation, although at least one lawmaker on the committee invited him to.

"That's what I want to hear," said state Rep. Ron Tusler, R-Harrison. "That's what we need to hear. Because each one of these allegations, you know, for the most part would be pretty terrible if they were true."

Tusler said tens of thousands of Wisconsin residents are "very, very interested in this," and told Kehoe that describing theories as "chasing ghosts" or "imaginary anxieties" suggests a bias.

"And I think that when they hear that stuff, they think that you're not listening," Tusler said.

In a separate development Wednesday, one of the lawyers hired by Assembly Republicans to lead an investigation of the 2020 election decided not to pursue subpoenas of an immigrants' rights group.

At the time, it was part of a growing web of subpoenas issued by Gableman, who also subpoenaed the Elections Commission, mayors of several Wisconsin cities, voting machine companies and Gov. Tony Evers' administration.

But in a letter dated Feb. 15, attorney Clinton Lancaster, who works for Gableman's "Office of the Special Counsel to the Wisconsin Assembly," announced that the office was withdrawing all subpoenas issued to Voces de la Frontera and its leadership.

"These arbitrary subpoenas are a baseless partisan effort from Assembly Speaker Robin Vos and the far-right to spread lies about the 2020 election to undermine the will of Wisconsin voters and attack the freedom to vote for people of color in future elections," said Christine Neumann-Ortiz, the group's executive director.

It's unclear when Gableman's investigation might finish. Vos had originally said its findings would help Republicans draft legislation, but GOP leaders are tentatively scheduled to adjourn for the year next month.

Assembly Republicans have budgeted up to $676,000 to pay for the investigation.

The state Supreme Court ruled last week that drop boxes won't be allowed for the April election while justices consider an appeal of a lower court order that found the boxes are illegal.

The decision by the court was not final, meaning justices have yet to rule on whether drop boxes will be allowed for future elections.