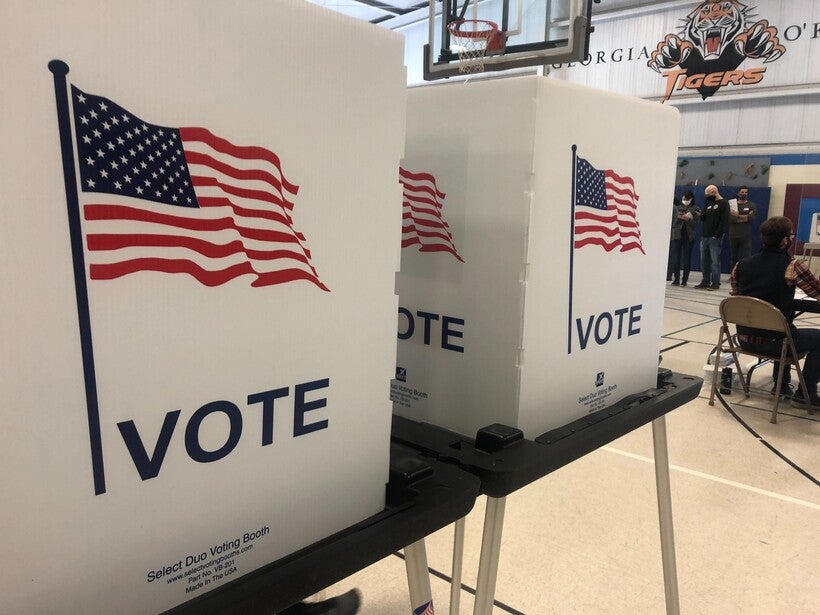 Peter Bernegger, who was convicted of mail fraud and bank fraud, is leading his own review of 2020 election
By Shawn Johnson
Share:

A Republican-led Assembly panel took testimony Wednesday from a felon convicted of mail and bank fraud who is now conducting his own investigation of the 2020 election.

Peter Bernegger, a New London resident who was convicted on fraud charges in 2009 and served prison time, has been conducting his review using a combination of state voter lists and local election data. He claimed to state lawmakers that thousands of "fake voters" cast ballots in Wisconsin, but he declined repeated requests to show his evidence.

The 2020 election has already been heavily scrutinized in Wisconsin, a state where President Joe Biden defeated former President Donald Trump by 20,682 votes. Biden's victory was affirmed by a partial recount as well as multiple state and federal court decisions, and a review by the nonpartisan Legislative Audit Bureau found no evidence of widespread fraud.

Bernegger was invited to speak to the Assembly Committee on Campaigns and Elections by state Rep. Janel Brandtjen, R-Menomonee Falls, the panel's chair. Brandtjen said Bernegger had acquired material she hadn't seen elsewhere.

During his presentation Wednesday, Bernegger displayed a series of slides and spreadsheets, sometimes highlighting specific voters whom he said had moved. Many, he alleged, were "illegally registered."

In one instance, Bernegger singled out a person whom he said had moved but still voted at an address. But when pressed for details by state Rep. Lisa Subeck, D-Madison, Bernegger didn't offer any.

"How do you know that he moved?" Subeck asked.

"We have documentation that we are not showing today," Bernegger responded.

Bernegger also claimed to have encountered people throughout the state who wanted to vote in the 2020 election, but were told when they tried to that someone had already voted in their name. He was again asked for proof, this time by state Rep. Mark Spreitzer, D-Beloit.

"Do you have, either for us or for law enforcement, affidavits from those people?" asked Spreitzer.

"None of them would sign an affidavit?" Spreitzer asked.

"I don't have them," Bernegger said.

Bernegger said he was undertaking his review with the help of data analysts, IT specialists and others. He said he was representing more than 1,500 volunteers across the state.

Bernegger was convicted in Mississippi in 2009

Republicans are seeking Bernegger's help a little more than a decade after a Mississippi jury found him guilty of mail fraud and bank fraud. Bernegger was sentenced to 70 months in prison and was released in 2014. He was also ordered to pay roughly $2 million in restitution, an amount that was later reduced to about $1.7 million.

Bernegger and a business partner were charged with inducing investors to spend money on two startup companies, claiming they could make gelatin and limonin out of waste products.

According to a 2011 court decision upholding the conviction, Bernegger and his partner "claimed there was nothing they did not know about these processes," but that they "were never able to manufacture a sellable product." Despite this, the court said, the two continued sending emails and letters to investors "telling them how well things were going."

According to the court, when a chemist who worked with Bernegger asked why he didn't tell investors the truth, Bernegger replied: "They can't handle the truth."

Rep. Brandtjen said representatives for the Wisconsin Elections Commission would testify before her committee next week. Her panel has held repeated invitation-only hearings with speakers who've questioned the results of the 2020 election.

Brandtjen's review comes at the same time as another election investigation being led by former state Supreme Court Justice Michael Gableman, who was hired by Assembly Speaker Robin Vos, R-Rochester. The Milwaukee Journal Sentinel reported that Gabelman has also met with Bernegger.