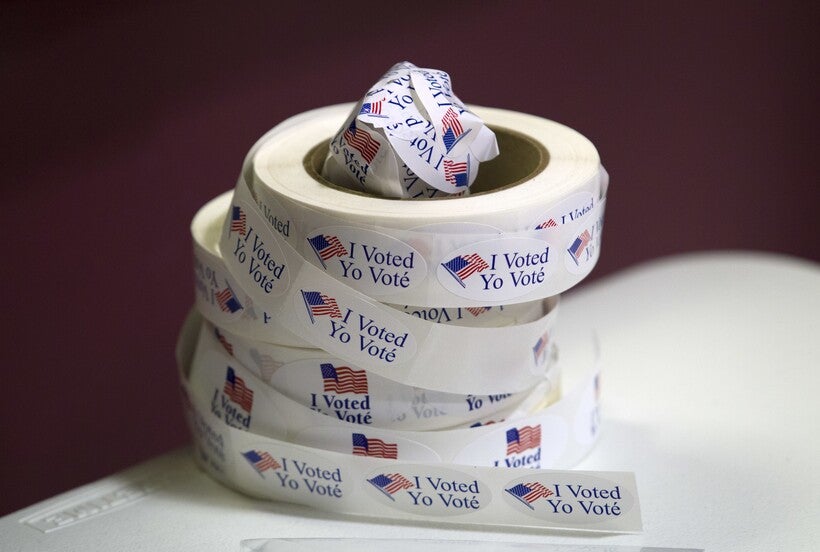 WILL, Commission Disagree On When Certain Voters Should Be Cleared From Voter Rolls
By Miranda Suarez and The Associated Press
Share:

The Wisconsin Elections Commission wants the state Legislature to intervene in a dispute about when to purge people from voter rolls — a conflict that could affect 234,000 voters in the state.

The commission voted 5-1 Monday to ask the Republican-controlled Legislature to provide guidance on when voters who may have moved should be deactivated.

The conservative Wisconsin Institute for Law and Liberty (WILL) filed a lawsuit last month alleging the commission isn't removing the potential movers as quickly as it should. According to WILL, if voters don’t respond to a mailer to confirm their address within 30 days, state law requires them to get kicked off the rolls.

The state Elections Commission disagrees. Staff Counsel Michael Haas wrote in a memo that the law doesn't apply to the mailers.

"Either put the criteria in a statute or give us the rulemaking authority so (that) we can take our policy and put it in a rule, so everyone knows it. I don’t think there’s any harm in that," Thomsen said.

The commission said in a press release it wouldn't remove anyone who didn't respond to October’s mailers until after the April 2021 spring election. The caution comes from problems that occurred in 2017, when people got deactivated even though they hadn't moved.

The commission also heard the preliminary results of a statewide survey, conducted by Madison-based advertising firm KW2, about voter confidence in state elections. It found 25 percent of respondents have low confidence and about half have some confidence.

Commission Administrator Meagan Wolfe said the survey is part of an effort to combat voter misinformation from foreign governments.

"If we don't know where and how to reach voters with that legitimate information, it's more likely that they'll fall victim to the mis- and disinformation efforts," Wolfe said.

At Monday’s meeting, Wolfe presented an update on one of the commission’s security-boosting efforts. The commission has doled out almost $820,000 to nearly 800 election jurisdictions, she said. The money is for new computers or software updates, getting IT support and security training for clerks in preparation for next year’s elections.