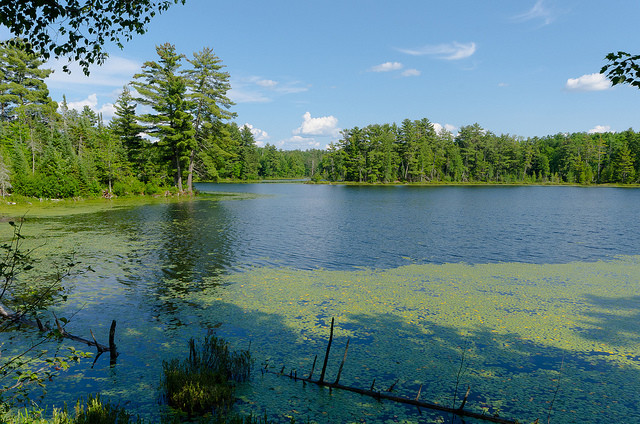 Impaired Waterways May Be Eligible For State, Federal Cleanup Money
By Chuck Quirmbach and The Associated Press
Share:

The Wisconsin Department of Natural Resources has named 240 new waterways as impaired, which means they need plans for reducing pollution.

The DNR said Wednesday that of those, 183 of them are lakes or river stretches that exceed more restrictive phosphorous standards that took effect in December 2010.

Sharon Gayan is director of the DNR bureau for water quality. She says over the past five years the DNR has assessed more than 6,000 waterways and more than 80 percent are in good condition. This year, she said 35 bodies of water have been removed from the list of those needing management attention.

The impaired waterways list comes out every two years. About 1,300 segments are now listed.

The DNR's Ashley Beranek said a large number of the waterways proposed to be added have phosphorus pollution that may have been there a while.

"One, because we hadn't monitored them and didn't know. And, we also didn't have criteria until 2010," Beranek said.

Seven years ago, state standards that took effect set the maximum allowable phosphorus concentration in Wisconsin waters. Beranek said many of the proposed new listings have restoration plans under development.

About one-third of the bodies of water proposed for delisting have had phosphorus levels go down, Beranek said. In others, like the Wolf River and Lake Winnebago, PCB levels have dropped.

"We've pinpointed for a long time now that we know PCB's are a problem, and we've put less of them into the environment, and we started cleaning up. Now the fish are less likely to be consuming PCB's and it's less likely to go up the food chain, and to us," Beranek said.

She added that the DNR is proposing the highest number of delistings since 2010.

By far, most of the waters that have been assessed, are listed as healthy. But about 75 percent of the bodies of water in Wisconsin have not been assessed.

The DNR is taking public comments on the proposed list through the end of the year. The U.S. Environmental Protection Agency has to approve any changes made. Waterways deemed as impaired may be eligible for state and federal cleanup money.