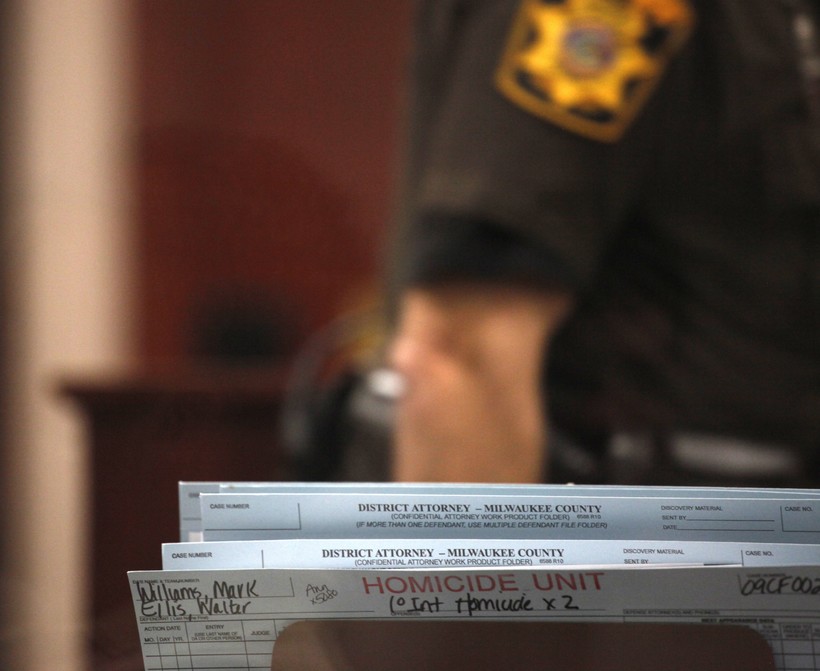 More Than 100 Positions Requested For 38 Of State's 72 Counties
By Danielle Kaeding
Share:

Just more than half of Wisconsin's 72 counties are asking for money to hire more prosecutors under the next state budget. District attorneys are seeking around $16.2 million to fund 113.7 positions at 38 offices statewide.

Ashland County District Attorney Kelly McKnight is among those looking to boost staffing. He wants one more prosecutor in his office to manage the caseload.

"We’re under water. I’m not saying that we’re different than many other prosecuting offices in the state," McKnight said. "I think there’s a lot of other DA’s offices, particularly the smaller DA’s offices who just don’t have as much capacity, that are really suffering because of caseload and staffing issues right now."

He called it a problem of "epidemic" proportion in western and northwestern Wisconsin.

"The workload is pretty profound," Bourg said. "In order to do good work on any one file, you really have to heavily triage, which means that there’s going to be other files that you really can’t do a whole lot with. It’s just not a good way to function."

While the office has three other employees, Bourg said they’re not lawyers.

"When you’re working with just one lawyer, there’s no relief," he said. "You can’t take a day off because if you do and they need to do a bail hearing or some other emergency hearing, you have to be there."

Bourg agreed the spread of methamphetamine into the region from the Twin Cities is a significant reason the caseload warrants having more prosecutors. He cited a case brought by the Wisconsin Division of Criminal Investigations that involved 15 people who were charged in a meth distribution ring.

"We still have a number of other defendants where it looks like they’re going to be going to trial in the next few months," he said. "The organizational part of that in terms of getting the evidence and the witnesses together is extremely different because you’re covering witnesses from two states and multiple counties. For a one-lawyer office to be able to run litigation at that level, it’s pretty tricky."

However, McKnight noted that fully funding the need for prosecutors in the state wouldn’t solve the underlying problem.

"A long-term solution is getting our criminal justice system under control, getting our caseloads under control, making better decisions as criminal justice systems achieving better outcomes from the cases that we handle and really doing something to address the problem than just throwing more prosecutors and consequently more defense attorneys and probably more jails at the problem," he said.

Tom Evenson, a spokesman for Gov. Scott Walker, wrote in an email that the governor's priorities are needy and elderly families, as well as investing more in education and worker training in the next biennium. But, Evenson said Walker is open to staff requests while preparing the 2017-18 budget.