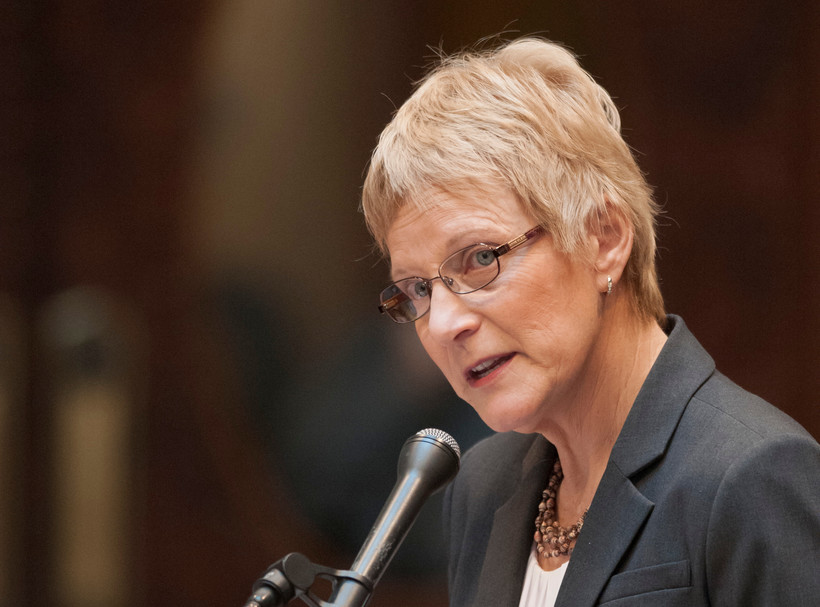 Rep. Debra Kolste, one of the bill's sponsors.

Measure Is Unlikely To Find Support In GOP-Controlled Legislature
By Shamane Mills
Share:

Democratic lawmakers in favor of greater regulation of health care premiums are pushing for a system of state oversight similar to how regulators currently oversee utility rates.

A bill proposed by Rep. Deb Kolste would require public hearings for any proposed health insurance rate increase above 10 percent. The proposal comes as a number of insurers in Wisconsin are proposing to increase rates between 10 and 33 percent.

The bill would require rates be approved before they go into effect. In addition, the rates would not be able to go into effect at all if they're higher than medical costs necessitate.

"We're hoping this will cause rates to go down," said Kolste. "But if we find that the rates aren't excessive because of medical costs, than we have a bigger problem to address."

The bill's Senate author, Chris Larson, said the Walker administration currently has the power to require prior rate approval by the Office of the Insurance Commissioner. But he said since 2011, that hasn't happened — he says absolutely no rates have been called into question.

"They could, for example, object to rates within 30 days and then try to hold them up if they weren't justified," said Kraig.

J.P. Wieske, a spokesman for the insurance commissioner, said rate filings are currently reviewed by an outside actuary to ensure they are not excessive while also adequately covering costs. Wieske also pointed out that only four companies on the individual market had to file rebates for not spending the required percentage on health care costs.

"There aren't many people that are getting 10 percent increases in their wages," she said. "In fact, wages are stagnant. So we need to look at keeping health care costs down."

Insurers say unlike some states where just a couple of insurers dominate, Wisconsin is already a competitive market.

The Office of the Commissioner of Insurance posts rates in excess of 10 percent on its website.