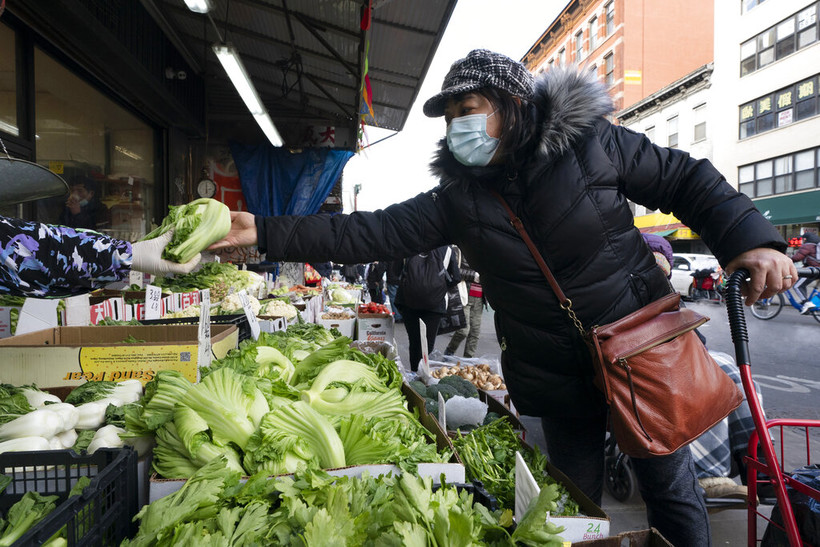 Wisconsin COVID-19 Cases Continue To Decrease, But Deaths Do Not

New reports of COVID-19 cases continue to decline in Wisconsin, based on the latest data published by the state Department of Health Services. But the state also saw dozens more deaths from the disease Wednesday.

There were 50 new deaths from COVID-19 reported Wednesday. On Wednesday, 5,123 tested negative.

Of the people tested for COVID-19 over the past week, 22.9 percent were positive for the disease, according to DHS. That rate has been declining since the start of the month.

According to DHS, 779,800 doses of the vaccine has been allocated across Wisconsin as of Tuesday, an increase of 172,150 from the last update. Currently, 248,185 doses of the vaccines have been administered, and 40,130 people have received both shots, completing the vaccination series.

On Tuesday, DHS announced people age 65 and older would be eligible to receive a vaccine starting on Monday. The announcement comes ahead of the State Disaster Medical Advisory Committee's recommendations for who will be eligible for the vaccine in the next phase, 1b, in Wisconsin.

DHS Deputy Secretary Julie Willems Van Dijk said the state has heard from health care providers that they had capacity to start vaccinating more than just health care workers and those in the first phase.

"This is the population that has suffered the most from this disease, that has been disproportionately affected by death from this disease," Van Dijk said of those 65 years and older. "We know providers have some vaccine on the shelves. We want to get that vaccine into arms and we want to be protecting this population."

According to the Wisconsin Hospital Association, there were 865 COVID-19 patients hospitalized as of Tuesday. A total of 23,363 people have been hospitalized because of the disease, or 4.4 percent of all positive cases.

The latest figures bring the overall total of positive cases in Wisconsin to 525,924, according to DHS. A total of 5,562 people in Wisconsin have died from COVID-19.

Wisconsin's daily testing capacity — based on the availability of test supplies and adequate staffing — has grown from 120 available lab tests in early March to 59,275 as of Wednesday. The number of actual people with new test results reported Wednesday was 6,645.