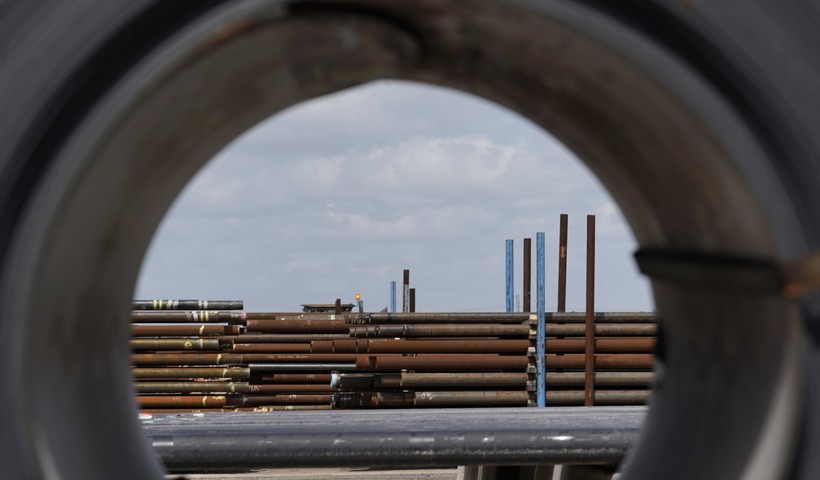 Steel pipes are seen through a roll of steel at the Borusan Mannesmann Pipe manufacturing facility in Baytown, Texas. David J. Phillip/AP Photo

In hopes of distributing trade authority more equally among the branches of the federal government, a bipartisan bill introduced Wednesday would require Congress to approve changes to trade agreements made because of threats to national security.

The Bicameral Congressional Trade Authority Act of 2019 — introduced by U.S. Rep. Mike Gallagher, R-Green Bay, on Wednesday — would require the president to get approval from Congress before imposing tariffs or completing other trade actions.

The measure, co-sponsored by Rep. Ron Kind, D-La Crosse, focuses on Section 232 of the Trade Expansion Act of 1962. That section gives the president permission to look into whether imports are impacting national security. The investigations are completed by the U.S. Department of Commerce, which issues a report to the president who can then decide whether to change how imports are governed.

Section 232 of the Trade Expansion Act of 1962 has recently been the subject of reports because President Donald Trump has used the bill to impose tariffs on steel and aluminum imports, which has pushed some U.S. allies to impose tariffs of their own.

But Gallagher disagrees that these tariffs are a threat to national security. Instead, he said they've been particularly tough on Wisconsin farmers and manufacturers.

The new bill gives Congress 60 days to review the president’s proposal to change agreements, and would apply to future Section 232 actions and to those taken within the past four years.

"What’s really going on here is an effort ... to claw back some of this authority that Congress has consistently surrendered to the executive branch on trade," said Gallagher, who represents Wisconsin’s 8th Congressional District covering Marinette County, Green Bay, Appleton and the surrounding areas.

Some Wisconsin businesses have gotten behind Gallagher on the legislation, claiming sharp tariffs imposed last year came down too hard on U.S. industries.

In a press release from Gallagher’s office, CEO of AmeriLux International, Kurt Voss, was quoted saying, "These tariffs were intended to punish other countries taking advantage of us, but they hit American businesses. Companies like mine are the ones paying the tariffs."

Jeff Knaus, business manager and financial secretary-treasurer of UA 400, focused on a part of Gallagher’s bill that would put the onus of determining a security threat into the hands of the U.S. Department of Defense.

"Our industry has been hit hard by tariffs on products which have nothing to do with national security," Knaus was quoted as saying in the press release. "With the Department of Defense determining national security implications rather than Commerce, we can be sure that future tariffs would target real national security threats, not plumbers, steamfitters and pipe fabricators."

Gallagher noted that while this bill focuses on some of the tough tariffs against countries such as Canada and Mexico, it doesn’t impact Section 301, a constitutional tool that has been used as the basis for levying tariffs against China.

"This bill does not touch those," Gallagher said. "I’m largely supportive of our efforts to get tough on China."

Gallagher said he wants to see the president’s get-tough initiatives against China to be successful, but thinks his most recent tariffs undermine that goal.

'Regardless of how you feel about tariffs — whether you think they’re good or bad — I think it's obvious that you should want the elected representatives of the American people in the most accountable branch of government to have a greater say in how this unfolds," he said.

"We have to tap into our unique source of strength, and that’s our alliances," he said. 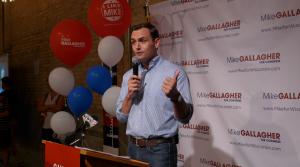 Congress is back in session after the longest federal government shutdown in history. We talk with Wisconsin Congressman Mike Gallagher about his priorities this session, the legislation he’s supporting and what we can do to prevent shutdowns in the future.