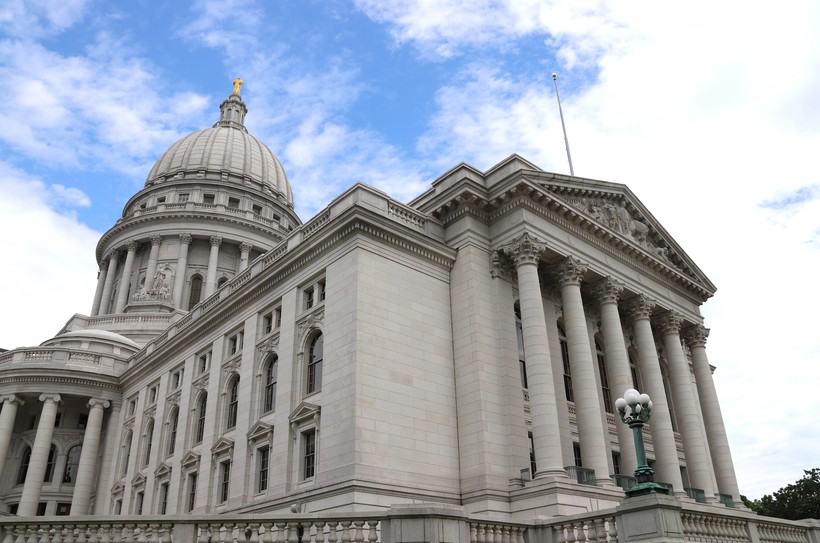 As Congress continues to debate how additional money should be allocated for recovery from the COVID-19 pandemic, members of Wisconsin's delegation have differing views on what the priorities should be for that relief.

Here's a look at the priorities of some of Wisconsin's members of Congress:

Democratic Sen. Tammy Baldwin signed on to a letter with a group of Democratic senators urging Senate Majority Leader Mitch McConnell to support funding for state and local governments included in the Heroes Act, a coronavirus relief bill passed by the U.S. House of Representatives in May.

That legislation includes "$500 billion for states, $375 billion for local governments and $20 billion each for territories and tribal lands," according to the letter.

"Providing additional funds to state and local governments will ensure that jurisdictions have the financial resources to fund first responders, and the life-saving work done in our public hospitals and by public health departments in communities large and small. Existing funding is not enough for jurisdictions grappling with these extraordinary shortfalls. Governors of both parties may be forced to balance their budgets by cutting education funding for thousands of school districts and slashing funding to support the millions of Americans who reside in nursing homes or receive care in home and community-based settings," Baldwin and the other Senators wrote in the letter.

Republican U.S. Senator Ron Johnson said earlier this month that he would oppose spending "even a dime more" on coronavirus aid until Congress addresses what he says are problems with previous relief bills.

In an interview with WPR’s "The Morning Show," Johnson called the $600 bonus to unemployment benefits approved by Congress in a previous relief bill a "perverse disincentive to return to the workplace, which is what we need people to do, as much as possible, as safely as possible."

Johnson said the federal government’s response should have been more targeted.

"The problem with the shotgun approach we used is we just flooded hundreds of billions of dollars into the economy," he said.

"This is not a classic type of recession," Johnson said. "This was something caused by a virus, and we need to be smart in terms of how we're providing the financial assistance."

He said Congress should redirect unspent money from the Coronavirus Aid, Relief, and Economic Security Act, or CARES Act, instead of approving new funding.

Republican U.S. Rep. Bryan Steil, of Janesville, joined Johnson and other Republicans in calling for money from the CARES Act to be spent before allocating new funds.

In a statement, Steil said Congress should "use a scalpel, not a sledgehammer" in its approach.

"I’m open to solutions that have support from Republicans and Democrats and focus on protecting people’s health and reopening our economy. We must also ensure schools and child care facilities have needed resources to reopen in the fall. In any new bills, our top priority must be helping individuals and families struggling at this time," Steil said.

Democratic U.S. Rep. Ron Kind, of La Crosse, said the next coronavirus relief package needs to include more support for local testing, contact tracing and treatment of those infected with COVID-19.

He added Congress needs to allocate money for state and local government budgets that have been "decimated" by the economic downturn caused by the pandemic in order to help them maintain public programs and services.

Kind also called for the federal government to continue the expanded unemployment benefits. He and several other lawmakers have proposed tying the level of additional money to the regional unemployment rate.

"So if the unemployment rate goes down, that additional bonus would be going down, too. It builds in certainty, I think it reflects the economic activity on the ground, and it's something that we should seriously consider doing," Kind said.

Kind said he supports some short-term liability protections for businesses, schools and other organizations to protect them from lawsuits over COVID-19. But he said the protection should also come with responsibility for protecting employees, customers and students.

"Many of my Republican colleagues say, just give everyone blanket liability protection, regardless of how they’re treating their workers, regardless of whether the customers are safe when they go to their premises. And I think that's the wrong approach because the medical guidance is clear," Kind said.

He said businesses and organizations should be required to follow accepted public health guidelines for preventing spread of the virus including wearing masks, which Kind says some businesses are choosing to ignore.

She called Republicans’ continued debate "troubling" as the expanded benefits are set to expire at the end of the month.

"It is absolutely preposterous that Republicans continue to argue that continuing the COVID-19 unemployment benefits will discourage Americans from returning to work and seem intent on setting an arbitrary cap on the aid included in this package when our state and local governments need fiscal relief, our schools need funding to safely continue to operate and reopen, our public health and health systems need funding to support a strong response, PPE and testing remains a problem, hunger and poverty are increasing, among just a few of the important priorities that this Congress needs to address," Moore said.

Moore said Republicans need to move quickly to pass another relief bill, as people continue to face hunger, eviction and economic uncertainty because of the pandemic.

Like many other Republicans, U.S. Rep. Tom Tiffany, of Minocqua, said states like Wisconsin should use money allocated in the CARES Act before Congress approves more funding, especially for K-12 schools.

"The schools should be talking to (Gov. Tony Evers) about getting some of that money for the additional expenses that they have," Tiffany said. "There will be more expenses, but there's already been $2 billion that's been allocated (to the state)."

Tiffany said he thinks it's appropriate to tie additional funding for schools from the federal level to the condition that they hold in-person classes in the fall.

"The harm that's being done to (children) socially, by child abuse, drug and alcohol abuse, far outweighs any harm that would happen as a result of the virus. It is really important to get our kids back in school and I think it's appropriate to incentivize making sure our kids get back in school," Tiffany said.

Tiffany said he does not think the $600 bonus to unemployment should be extended, saying the program "served as a bridge" through the initial economic shutdown that happened at the start of the pandemic. He said he would be opened to a "more targeted" stimulus check to industries that have been hit hard by the virus, like hotels.

He said a new COVID-19 relief bill would also need liability protections for businesses, schools and other institutions.

"They've been doing what they think are the right things. But when you're right in real time like this, there's never perfect decisions that are made. And they shouldn't have to worry about lawyers trolling them for the next lawsuit to enrich themselves," Tiffany said.

Tiffany said any additional funding should go directly to local governments instead of being allocated by state leaders.

In an interview with WTAQ, Gallagher said the added money creates "some dramatic disincentives to work."

"I do think we're at a point now where as long as we continue to invest in the healthcare system, exercise personal responsibility doing basic hygiene and wearing masks in public, we can get back to work safely without overwhelming our healthcare system. That's where most of our efforts need to be," Gallagher said.

He said lawmakers should focus on getting people back to work and getting state and local governments the resources they need.

"I think the grand bargain for any Phase 4 relief package would have to include liability protections for businesses and nonprofits that are trying to open up and don't want to get sued by trial lawyers looking to make a buck," Gallagher said in the interview. "And I think in return for that we could provide some targeted support for states and localities that need it, or for schools that want to open up."