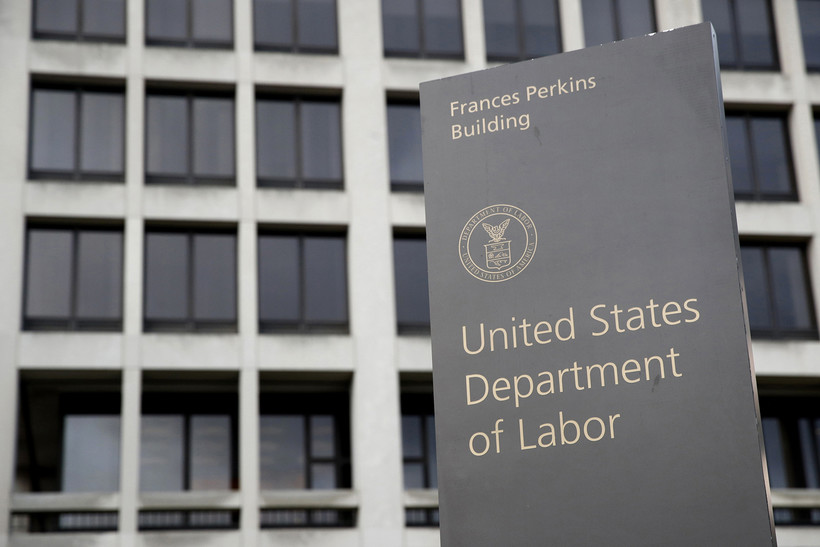 In this May 6, 2020, photo, a sign stands outside the Department of Labor's headquarters in Washington. A government watchdog has found that the Labor Department’s widely watched weekly unemployment benefits data are providing an inaccurate reading on the number of newly laid off workers because of flaws in the government’s data collection. Patrick Semansky/AP Photo

Northwoods Timber lied to federal government about where employees worked and how much they were paid
By Rich Kremer
Share:

The owners of a Wisconsin timber company who lied to workers from Mexico and Central America about where they would work and how much they would earn must pay more than $1 million in back wages and civil penalties.

Alfredo Aguilar, who co-owns Northwoods Forestry, Inc. with his wife Patricia Aguilar, pleaded guilty to one count of fraud, according to the U.S. Attorney's Office in Madison.

The plea agreement states that between 2015 and the end of 2018, Aguilar recruited workers from Mexico and Central America through the federal H-2B visa program. Aguilar made statements to the U.S. Department of Labor and U.S. Citizenship and Immigration Services that the recruits would work in forestry jobs in Wisconsin, Maine, Minnesota and New Hampshire.

Instead, those workers were placed in meat packing, construction, roofing, agriculture and landscaping jobs. Aguilar admitted he told the H-2B workers they could legally work in those fields when he knew that wasn't true.

U.S. Department of Labor District Director of the Wages and Hour Division, Kristen Tout, told Wisconsin Public Radio there were discrepancies between the wages promised in federal H2B filings and those workers ultimately received.

"In the course of hiring and in paying these workers who arrived with their H-2B visa to perform Forest Service work, there's a potential then that they would be shortcutting them for the work they actually performed," Tout said.

Aguilar declined to comment on the findings or plea agreement when reached by WPR.

"We are starting to hear from workers," Tout said. "And that really is our ultimate goal, to ensure that this money gets into the hands of the people who earned it."

According to the U.S. Department of Labor, 263 workers were victimized by the scheme.

Aguilar is scheduled for sentencing on April 19.

Northwoods Forestry previously violated the H2-B visa program regulations in 2009, 2011 and 2013 with four contracts in Michigan, Minnesota, Pennsylvania and Wisconsin. The company was ordered to pay a total of $18,344 in back wages and $23,174 in civil penalties in those cases.

According to the latest data from the Wisconsin Department of Workforce Development, there were a record 7,020 foreign individuals working in Wisconsin under federal H2-B contracts in 2021.