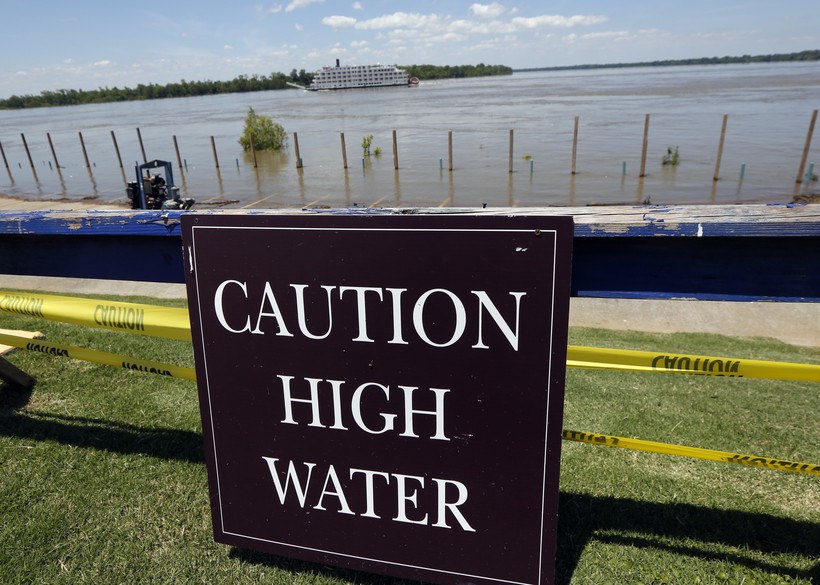 Wisconsin communities along the Mississippi River are seeing some minor flooding this week.

The river crested at or near flood stage in many areas Tuesday.

Wetenkamp said the crest is lower than in 2019, when waters hit 14.58 feet on April 3. He said the river is also not expected to remain high for as long as it did in 2019, when flooding continued for months.

"But we're still looking at least another week, maybe two, that we'll be staying above flood stage at many locations," Wetenkamp said. "Given the wet soil conditions out there and signals and the climate models to stay above normal for precipitation trends, we're going to have to watch the situation closely."

Because soils are saturated, any new precipitation would go right into the river system. Wetenkamp said the weather service is also predicting below normal temperatures over the next three months. That could lead to a late spring snow storm, which Wetenkamp said would prolong the spring flood season.

But he said the immediate forecast looks favorable for southwestern Wisconsin.

"At least in the next week here, we're not seeing any signals for significant precipitation with colder than normal temperatures expected, and you're kind of staying out of those potential heavier spring rains," Wetenkamp said.

He said the weather service is not forecasting any moderate to major flooding in Wisconsin at this point. The Mississippi River is at moderate flood stage in Dubuque, Iowa, and further south along Illinois.

But Abram said many of those locations would have been closed anyway because of Gov. Tony Evers’ "stay-at-home" order during the new coronavirus pandemic.

"Like our disc golf course is on St. Feriole Island. Well, that's partially underwater right now because of the high water. But those baskets will be removed anyway because of COVID-19 to restrict people from a social gathering," Abram said.

He said spring flooding is a yearly occurrence in Prairie du Chien, so the city has protocols for how to respond to certain river stages.

As part of that protocol, Abram said city officials are meeting daily to discuss their response to high waters. But he said this year’s meetings are happening through video call instead of in-person to prevent spreading the new coronavirus.

Abram said officials have already discussed how the pandemic would impact preparations for a more serious flood along the river this year.

He said one concern has been making sure the city’s fire department would still be able to help elderly residents place sandbags along their property.

"What we would probably do in that case, which we've done in the past, was send a small group of firemen to maybe assist with that couple with proper (personal protective equipment) on," Abram said. "We would try to do it with the proper protection and limit the amount of personnel together."

But with flood waters expected to recede in coming weeks, Abrams said he’s disappointed the coronavirus pandemic may keep residents from accessing Prairie du Chien’s park spaces for a second year in a row.

Wetenkamp said tributaries of the Mississippi River in Wisconsin have had slightly elevated water levels this spring.

"We've seen bouts of rainfall where we would get very close to flood stage, just touch flood stage and then the water levels would come back down," Wetenkamp said.

He said the area's wet soil conditions mean many waterways could easily rise to flood levels if the region were to see more precipitation in coming weeks.