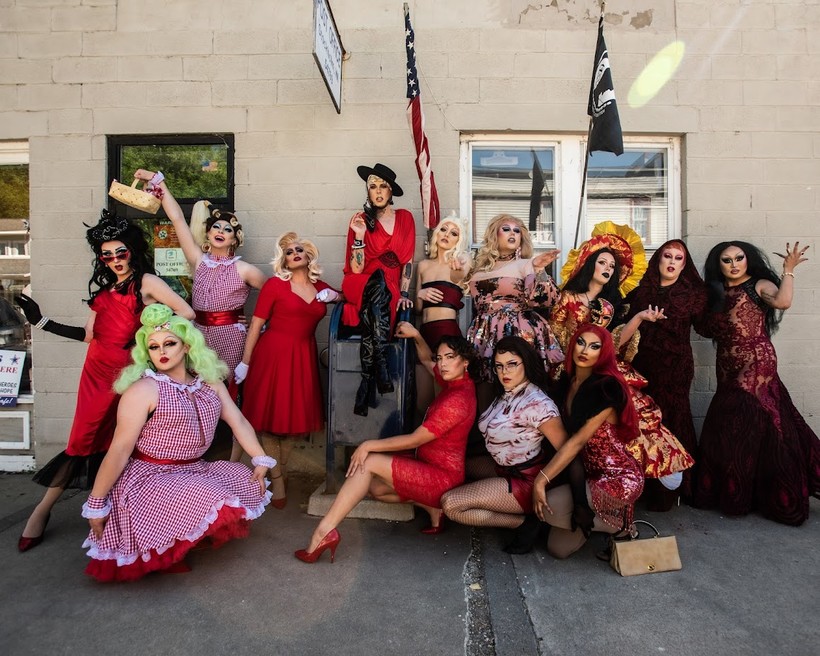 A scene from the 2021 Lake Pepin Pride in tiny Stockholm in western Wisconsin. The Pride event which is likely hosted by the smallest community in the world returns for a second year this Saturday. Photo Courtesy of Lake Pepin Pride

June is Pride month, and Wisconsin is likely home to two of the smallest communities in the world to hold events that celebrate the LGBTQ+ community.

With a population of just 64, Stockholm in western Wisconsin’s Pepin County is back this Saturday hosting Lake Pepin Pride. It is the smallest Wisconsin village and likely one of the smallest communities in the world to hold Pride festivities.

"This is so important because I want our trans community, I want our queer community in general to know they are loved, and we’re going to love you," said Lake Pepin Pride organizer Jennifer Lindahl.

She said a letter was written to Stockholm village leaders last year trying to stop the event, which Lindahl said contained inaccuracies and was unsuccessful. The first year went off smoothly without any controversy.

There’s a reason Stockholm was chosen for Lake Pepin Pride. All 64 residents are Twin Cities transplants and about half of the residents are members of the LGBTQ+ community, like Alan Nugent.

"This is about being who you really are without fear and being able to be that person every day of your life, not just on weekends or evenings or when it is safe," he said. "It should be safe all the time."

Nugent and his husband have lived in Stockholm and have owned several businesses in the area since 2004.

Ty Yule is a Minneapolis author who will be a keynote speaker at Lake Pepin Pride. He said there’s been a recent movement to hold more pride festivals away from major cities where they’ve been held for decades.

"Small town prides are a relatively new phenomenon," Yule said. "I think one common thread that I found going to a bunch of small town prides last year was that after the George Floyd uprisings, the more progressive members of smaller communities basically found each other while they were organizing Black Lives Matter marches and then the next year decided to have a Pride(fest) in towns where they hadn’t before."

Yule identifies as a trans man. He wrote a series of magazine articles last summer based on visits to several small town pride festivals across America including Stockholm and Aniwa.

He said the magazine series was inspired in part by the fact that rent is so high these days in major cities that it’s become difficult for LGBTQ+ youth to move from a small town to bigger cities, like he was able to 30 years ago, to find a sense of community.

"Prides used to be the domain of major cities," he said. "There’s so much cynicism, so much capitalism. There’s infighting and everybody’s drunk. I don’t enjoy that environment as much as I used to."

After Stockholm and Aniwa, the next smallest event is in Viroqua on June 18. The southwestern Wisconsin city has a population of around 4,500.