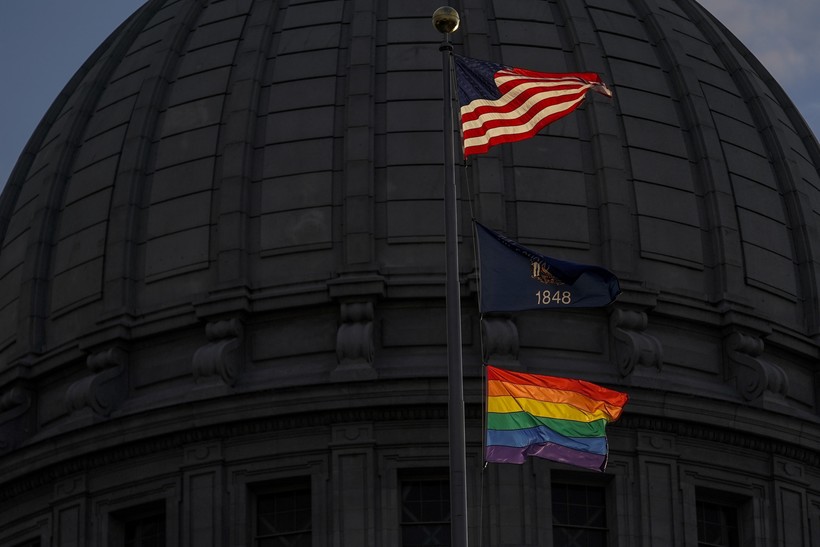 Since 2018, Wisconsin municipalities have taken steps to become more inclusive toward the LGBTQ+ community.

The Human Rights Campaign's Municipal Equality Index surveys laws and policies of cities across the U.S. It gives cities a grade based on how inclusive those policies are toward members of the LGBTQ+ community.

Of the seven Wisconsin cities surveyed in 2018 and 2022, all but two saw scores increase. Those two municipalities were Madison and Milwaukee, which had perfect scores both years.

On average, Wisconsin cities scored 87 out of 100 points, almost 20 points higher than the national average of 68.

Measures that can boost a city's score include — but are not limited to — banning conversion therapy, creating non-discrimination ordinances and ensuring law enforcement reports hate crimes to the FBI.

"The scorecard will show a city all of the things it's done and give it the ability to brag about the things that it's done," said Cathryn Oakley, state legislative director and senior counsel with the Human Rights Campaign. "But it will also highlight the things that the city has left to do."

In Wisconsin, Oakley said one of the biggest things a municipality can do is to pass a non-discrimination ordinance that includes language pertaining to gender identity.

That’s because the state’s non-discrimination law prohibits discrimination on the basis of sexual orientation, but not gender identity.

"Wisconsin has a history of, in many ways, being a very welcoming and open place for LGBTQ people, and yet the state still does not expressly include gender identity in this state's non-discrimination law," she said.

Oakley added that non-discrimination ordinances can apply to a city’s general population, as well as to municipal employees and contractors.

Municipalities that saw the biggest gains between 2018 and 2022 include Green Bay and Racine. Green Bay's score increased from 28 to 90, while Racine's jumped from 41 to 100.

Green Bay Mayor Eric Genrich said the city’s focus on inclusion has been deliberate since he was elected in 2019.

Those efforts include creating an equal rights commission, approving a non-discrimination ordinance and establishing a pride team at the Green Bay Police Department, Genrich noted.

"A lot of people that are potentially looking at new places to live want to live in communities that are open and inclusive and embracing of diversity in all of its forms," he said. "And we feel like we need to be competitive in that regard."

In Racine, Mayor Cory Mason said he learned of the city’s low score three days after taking office in 2017.

He said the city has worked with the Human Rights Campaign and local activists to make Racine more inclusive.

In 2019, Racine banned conversion therapy for anyone under 18 years of age. It also updated its non-discrimination laws to include language for gender identity, Mason said.

"Diversity is one of our strongest assets as a community and as a state, but sometimes people have a hard time adjusting to that diversity," he said. "We want to make sure that Racine's a place that regardless of your color, religion, gender identity, sexual orientation or ethnicity, that you can come here and succeed."

Another community that’s seen its score increase is Oshkosh. In 2018, the city had a score of 52. This year, its score was 78.

"We as a community don't support this and don't want this," Alder Aaron Wojciechowski said of conversion therapy at the time.

While "painful" debates surrounding the LGBTQ+ community continue at the state and national levels, Oakley said local governments are in stark contrast.

She said the results of the Municipal Equality Index, by and large, show that "politicians closest to the community" appreciate the importance of having respectful communities and are "working on getting closer to getting it right."