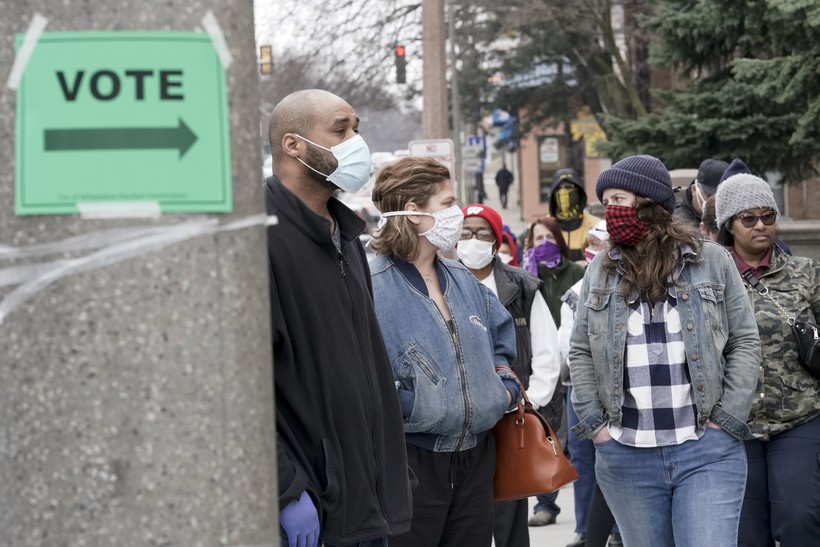 Wisconsin Cities Getting $6.3M In Grants To Help With Elections During Pandemic

Five Wisconsin cities will get a total of $6.3 million in grants to help administer elections during the coronavirus pandemic.

The money comes from the Center for Tech and Civic Life, a nonprofit voting advocacy group, and will be distributed to Madison, Milwaukee, Green Bay, Kenosha and Racine.

"We’re obviously thrilled," said Racine Mayor Cory Mason. "The big winners in all of this are the voters who are going to be able to vote safely this year in the midst of the pandemic."

Long lines at some Wisconsin polling places during the state's April election, which was conducted under a statewide stay-at-home order, drew national attention as voters and poll workers weighed potential safety risks against civic duty.

Next month is the primary for congressional and state legislative races. Usually such elections have low turnout but some cities are seeing a record number of requests for absentee ballots.

"We’ve already received more absentee ballot requests for the Aug. 11 election than we have in any preceding election," said Green Bay Mayor Eric Genrich. "So hopefully this will lead to more robust participation in our democracy by adding absentee voting to the tool box."

Green Bay and Racine intend to use the grant money for more polling stations, curbside voting, public education and personal protective equipment for poll workers. Both mayors said getting enough poll workers has been difficult; Green Bay is hoping to pay more as an incentive, Genrich said.

But health concerns have some poll workers around the state hedging. Jeff Spitzer-Resnick, 61, has worked the polls since 2012 in Madison. But he won’t be there in August and is still on the fence about working in November.

"I’m going to continue, perhaps naively, to hope we get things under control by November. I’m not an epidemiologist I have no idea if that’s even possible. So, I’m still on the list to work in November. I will decide when its closer to the election on whether I think it’s safe," said Spitzer-Resnick. His spouse is a lung cancer survivor, and he said he doesn’t want to jeopardize her health or his own.

Recently the Centers for Disease Control and Prevention recommended alternatives to in-person voting. The agency also urged municipalities to have plans to manage lines to ensure social distancing among those who show up at the polls.

The bipartisan Wisconsin Election Commission voted in June to send absentee ballot applications to nearly all registered voters for the fall election. Turnout in the November election is expected to be twice what it was in April, when a record 62 percent of all Wisconsin voters cast ballots by mail.

In May, the commission voted to spend up to $4.1 million in federal funding on grants to help local clerks offset the cost of a likely surge in absentee voting.

The Center for Tech and Civic Life grants will provide additional money to the state’s five largest cities to further what it says are goals of the center: professional, safe and secure elections. The cities will receive the following amounts in grant funding: