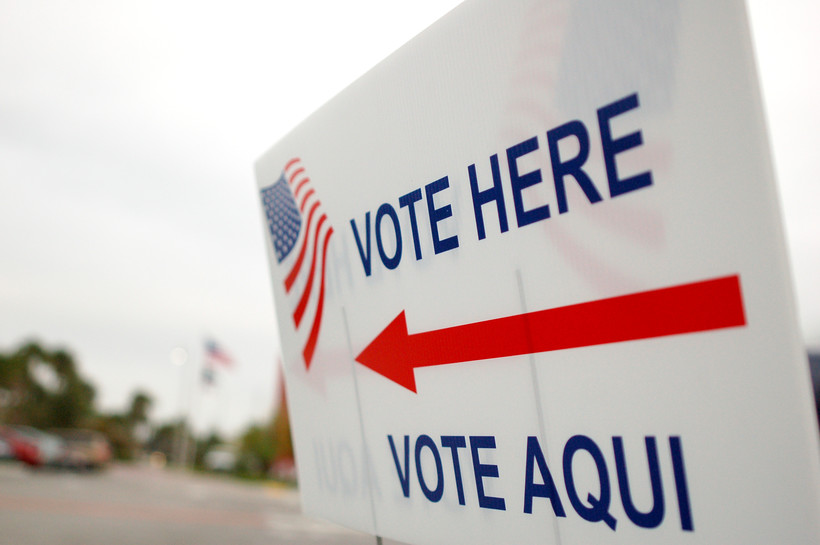 Wisconsin candidates up and down the ballot, from the race for a U.S. Senate seat to the governor's office, made their final campaign pitches in statewide tours on Monday.

Gov. Scott Walker and Wisconsin Attorney General Brad Schimel were in Eau Claire as part of a multi-stop, last-day push for their re-election campaigns. Walker is also scheduled to appear alongside U.S. House Speaker Paul Ryan at an evening rally in Waukesha.

Meanwhile, Democratic gubernatorial candidate Tony Evers campaigned in Janesville with U.S. Sen. Tammy Baldwin and a number of other Democrats on the ballot. Evers also stopped in Beloit and Whitewater and is scheduled to rally supporters during an evening event in Madison. 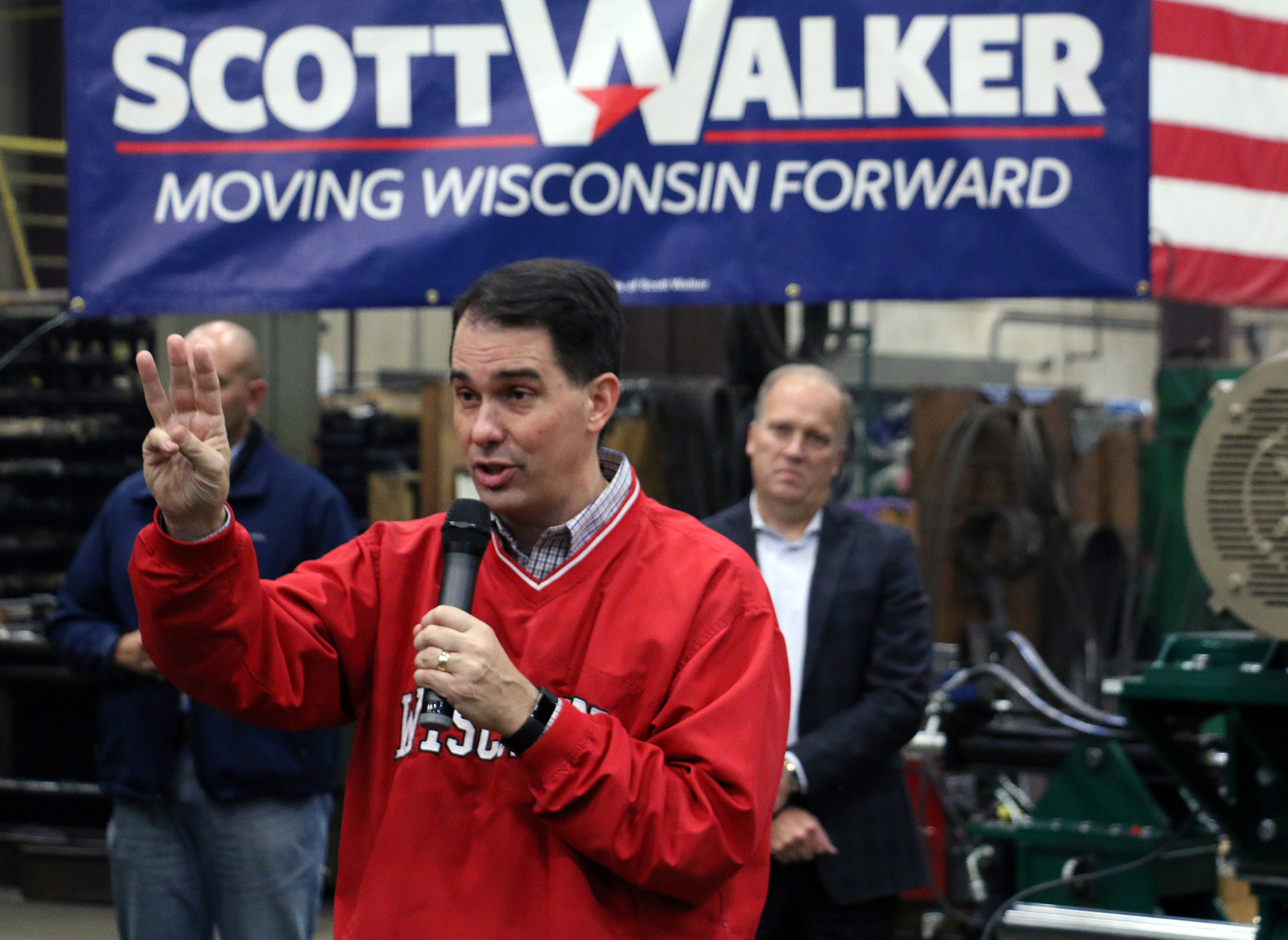 Walker and Schimel spoke to supporters at McDonough Manufacturing in Eau Claire after making early-morning stops in Madison and La Crosse. The pair have been barnstorming the state to shore up support for what polling suggests will be tough races against their Democratic opponents.

Walker reiterated the difference between himself and Democratic state schools Superintendent Tony Evers by alleging Evers would reverse tax cuts passed during his administration, which would slow economic growth in the state.

"It’s between more jobs and higher wages or going back to the days where we had double-digit tax increases, billion-dollar budget deficits and record job loss," said Walker. "We’ve come too far in this state. Wisconsin truly is working. We can’t afford to turn back now."

Evers has said he would cut taxes by 10 percent for middle-income families. And Walker has been hitting Evers for prior comments where he said a potential increase in the state’s gas tax is on the table.

In Eau Claire, Walker told supporters the race is a tossup because of attack ads against him saying he supports ending requirements for insurance companies to cover people with pre-existing conditions.

"I believe the biggest reason it’s close in Wisconsin despite how good the economy is here is because of the big lie," said Walker. "The big lie about pre-existing conditions."

Walker told the audience that everyone in Wisconsin with pre-existing conditions are covered right now and will continue to be so long as he’s governor. Those with pre-existing conditions are covered now because of requirements in the federal health care law, known as the Affordable Care Act. Wisconsin is party to a lawsuit seeking to block the ACA.

Walker said recently that he would push for legislation with the same language on pre-existing conditions if the ACA is repealed, though Republican lawmakers in the state didn't have the votes to pass a bill that would offer similar protections earlier this year.

Another issue at stake in the race for governor is the upcoming 2020 census and subsequent redrawing of political lines. Whoever wins on Tuesday will have the final say over maps drawn by the next Legislature. Walker said that’s why Democrats are pushing so hard for his seat.

"I’ve said a year and a half ago national groups were going to look at that because they want to gerrymander," said Walker.

The Republican-drawn voting districts signed by Walker in 2011 have been the subject of ongoing lawsuits contending they're among the most partisan gerrymanders in modern political history.

Schimel also rallied Republicans in Eau Claire, urging them to support his bid for re-election. Schimel faces Democrat Josh Kaul. The Marquette poll shows Schimel leading Kaul 47 percent to 45 percent among respondents, but Schimel said that doesn't give his campaign much breathing room.

"Two percent is not a comfortable lead. We’re absolutely running all the way through the tape at the end of the race," said Schimel.

When asked about the tone of political ads being lobbed against him, Schimel said that liberal groups supporting Kaul have been lying about his record as attorney general. He echoed Walker’s sentiments that so long as voters listen to the facts, they’ll support him. 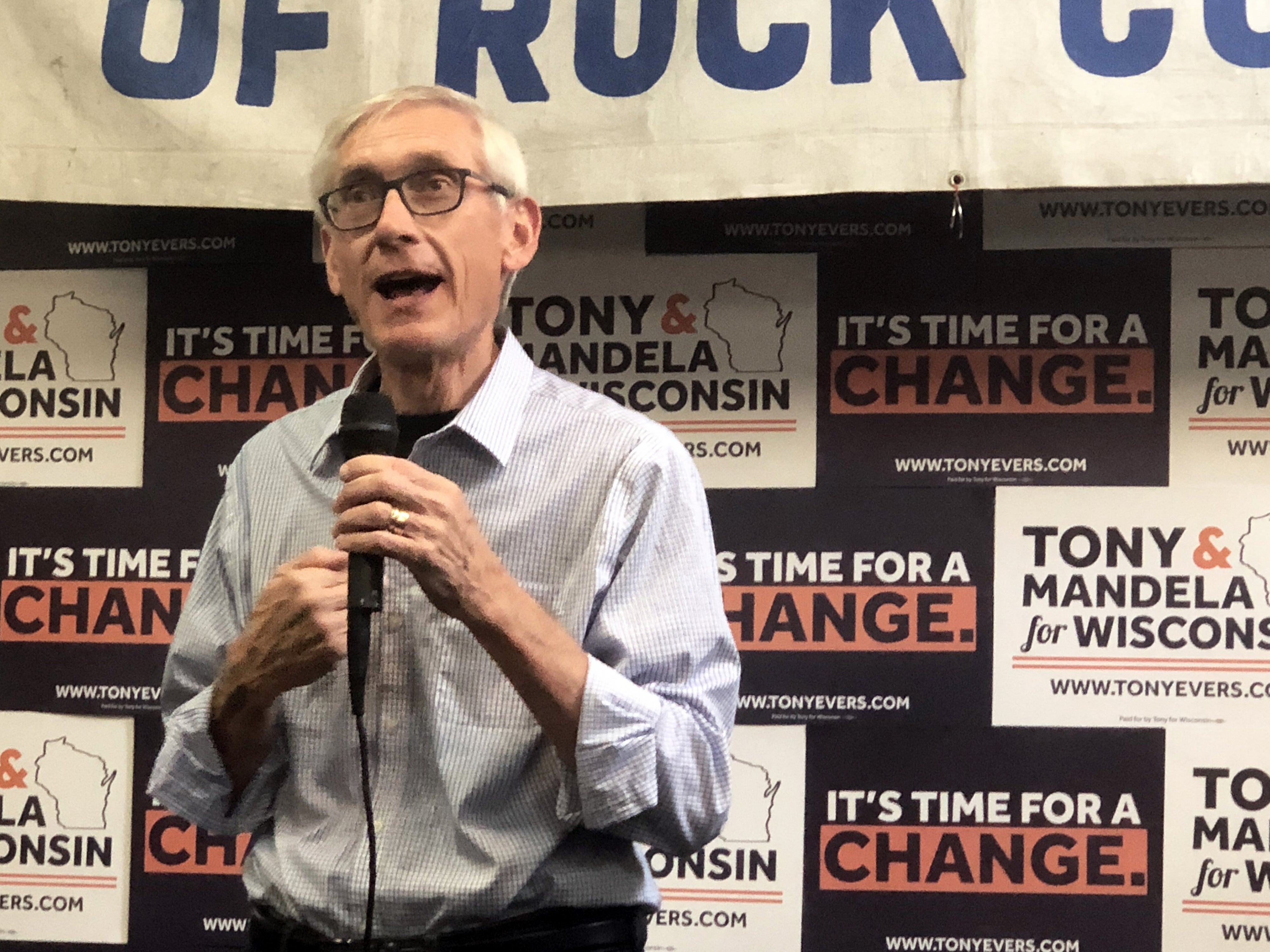 Baldwin has been leading in the polls against her GOP challenger, state Sen. Leah Vukmir, but she said Democrats can't take anything for granted on Election Day.

"In past elections, we've seen decisions based on lack of turnout," Baldwin said. "We never want to see that again. We want everyone's voices to be heard, we want everyone to cast their vote."

In her speech, Baldwin focused on her support for the Affordable Care Act, particularly guaranteed coverage for people with pre-existing conditions, and touted an element of the bill she authored that allows young people to stay on their parents' health insurance until they are 26 years old. She also spoke in favor of legislation that would allow graduates to refinance their student loans.

Evers also touted his support for guaranteed coverage for people with pre-existing conditions and revisited his promise to accept an expansion of federal Medicaid money, if elected. Evers accused Walker of refusing to accept the Medicaid expansion because of his presidential ambitions. Evers contends accepting the expansion would lower health care costs. Walker has said he won’t take the money because it could come with unexpected expenses for the state down the road.

Evers also criticized the governor for not doing enough to fix crumbling roads across the state and for his cuts to education spending.

"We’re going to make our public education system whole again and respect the people who work there," he said.

Evers also promised to make changes to the state Department of Natural Resources, including creating an independent board to oversee the agency.

"We’re going to bring science back to the state of Wisconsin and I can’t wait," he said.

Speaking with reporters after the rally, Evers also offered more specifics about one of his tax proposals. During his campaign, Evers talked about eliminating Wisconsin's manufacturing and agriculture tax credit, saying money saved from those changes could be used on schools or roads.

On Monday, Evers said his proposal would not affect the vast majority of Wisconsin farmers or small businesses. He said the changes would be limited to those who make more than $300,000 a year.

Republicans, including Walker, oppose changes to the tax credit. They say it helps create jobs in the state.

Editor's Note: This story was updated with information from Democratic campaign events at 5:09 p.m. on November 5, 2018.