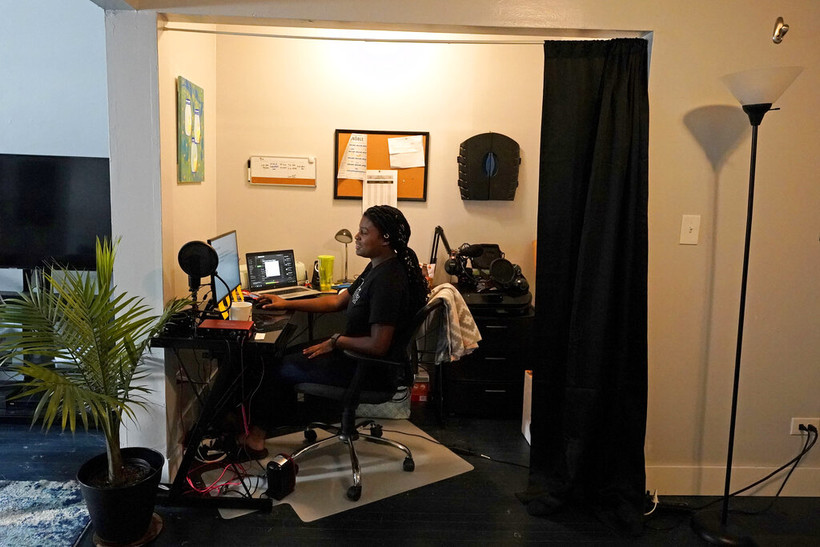 'Too Soon To Tell' Whether Shifts To Remote Work Will Continue Beyond Pandemic
By Christine Hatfield
Share:

With the delta variant of COVID-19 driving another spike in cases and hospitalizations, businesses across Wisconsin are reconsidering how to handle office work — both in the short term and long term.

With a seven-day average of 1,290 confirmed cases of COVID-19 per day in Wisconsin, the pandemic has reached levels not seen since late January, according to the state Department of Health Services.

For jobs where working at home is possible, businesses in Wisconsin have taken a variety of approaches.

"It's a wonderfully inspiring space," said Kissinger. "It's designed to have people collaborate, and also want to come to because it's such a nice environment."

Though some people continued to work in the office after the onset of the pandemic, Kissinger said many of the firm's workers switched to remote work.

"A lot of the timing was not ideal, but it wasn't good for anybody," said Kissinger.

Only on July 12 did employees return to the office, and even then, they were still able to work from home two days a week.

"We definitely lost something with the people all remote, and we wanted to get them back as quickly as we could," said Kissinger.

But Kissinger says delta has created another setback.

"There's still a fair amount of people in the office, but not as many as there were a few weeks ago," he said. "We'll see moving forward where that goes, so we may hit the reset button."

While Kissinger encourages people to come to the office five days a week, he said he doesn't expect to get people back in person full time.

"We understand that some people, because of the way things have developed, will not be able to do that," said Kissinger. "It will get back to some level of pre-pandemic normalcy, but there will probably be some starts and stops along that path."

Even if companies are bringing workers back to the office, work has not necessarily returned to how it was pre-pandemic. Many workplaces, GRAEF included, are requiring employees to wear masks when in the office. Some are requiring workers to get the COVID-19 vaccine.

Other businesses are still moving forward with reopening plans, despite a rise in cases due to the delta variant.

Epic Systems, based in the Madison area, required its employees to work in person at least part time starting July 19, according to a report in the Wisconsin State Journal. Currently, employees are expected to come to the office at least four days a week. From Sept. 1, that requirement is being increased to nine days every two weeks. A reevaluation of the plan will take place sometime after October.

The nonprofit financial service organization Thrivent, meanwhile, has postponed moving ahead with the next phase of its “Safe Return Plan” for the time being. The organization has an operations center based in Appleton.

"We’re actively monitoring the current situation and will continue to make appropriate adjustments as needed," Thrivent said in a statement to WPR. "We’re continuing to develop our hybrid approach to maximize in-office and remote work for the future."

Steve Deller, an applied economics professor with University of Wisconsin-Madison, said for some businesses, not leasing office spaces has allowed them to bring down operating costs.

"I think three things are happening: a lot of businesses are embracing telecommuting as an alternative to maintaining office spaces; businesses are allowing greater flexibility for some of their workers to continue to telecommute; and finally, some workers are still uncomfortable returning to the office," Deller said in an email.

But Deller said it's "too soon to tell" whether shifts to remote work will continue in the long term.

For now, according to the Opportunity Insights Economic Tracker, time spent at workplaces in Wisconsin as of Aug. 16 is down more than 20 percent compared to pre-pandemic.

Deller said there are worries a permanent shift to remote work could hurt businesses in downtown areas such as bars and restaurants.

"This newest wave (of COVID-19) is just complicating the hell out of the situation," said Deller.

The current conditions are also having international ramifications. Tech giants Apple and Amazon have both announced plans to return to in-person office work will be postponed to at least January.