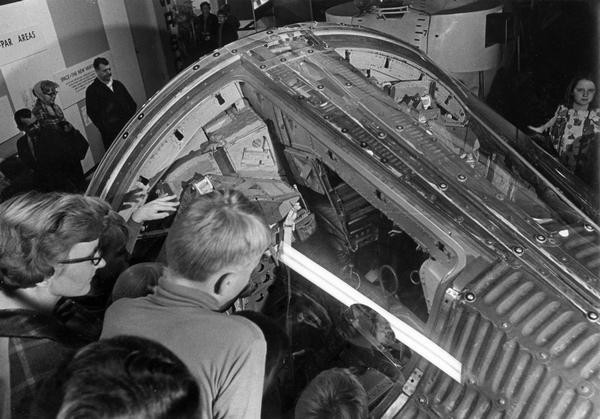 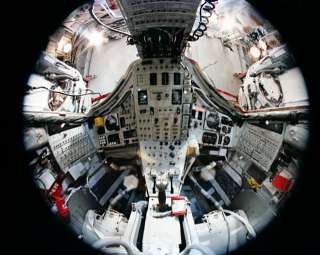 See images from the Gemini Missions

On Dec. 4, 1965, astronaut Lovell blasted off with Frank Borman in Gemini 7, the capsule seen on display in the above photo.

Born in Ohio in 1928, Lovell grew up in Milwaukee. His became interested in space while a student at Solomon Juneau High School and dreamed of landing on the Moon. One 1946 profile of Lovell described him as "apt at making rockets which don’t quite reach Mars." He studied engineering at the University of Wisconsin for two years before transferring to the U.S. Naval Academy. He was selected to be a NASA astronaut in 1962.

Lovell and Borman’s 1965 Gemini 7 flight set an endurance record of 330 hours and 35 minutes (about 14 days) and included the rendezvous of two manned spacecraft, a maneuver essential to the later Apollo program.

Lovell returned to space again in 1966 piloting the Gemini 12 with pilot "Buzz" Aldrin. He then served as Command Module pilot on Apollo 8 (1968), the first manned mission to travel outside Earth’s orbit and the first to orbit around the moon. Apollo 8 also provided the first live TV coverage of the Moon's surface as the astronauts read passages from Genesis.

Lovell completed his fourth and final NASA mission as commander of the infamous Apollo 13 in 1970. Intending to make another moon landing, the Apollo mission was aborted when the cryogenic oxygen system failed nearly 200,000 miles from Earth. Lovell and his crewmen, John L. Swigert Jr. and Fred W. Haise Jr. worked closely with ground control to turn the ship into a kind of lifeboat that allowed them to return to Earth safely.

Lovell was the first man to be sent on two journeys to the moon, but it was a dream unfulfilled as he never landed. Apollo 13 was his last space mission.