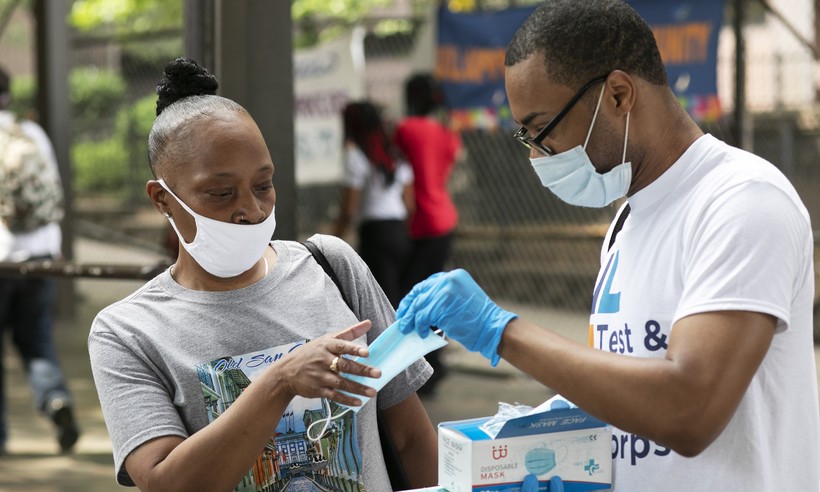 Wisconsin again broke its record for new COVID-19 cases on Thursday, with 754 people testing positive for the virus as the state's outbreak worsens.

The latest data published by the state's Department of Health Services on Thursday also showed a slight increase in the number of tests performed and an uptick in the percentage of positive tests.

With the 754 new cases of the virus, the state's average for the past seven days rose to 596 daily cases. That's the highest seven-day average the state has recorded since the pandemic began.

The latest figures bring the overall total of positive cases in Wisconsin to 33,908, according to the DHS. A total of 809 people in Wisconsin have died from COVID-19, with two new deaths reported on Thursday.

According to DHS, 5.7 percent of all test results reported on Thursday were positive for COVID-19, up from 5.6 percent on Wednesday. The total brings the average percentage of positive tests over the past seven days to 7.3 percent.

The state recorded 10.8 percent positive tests on July 4, the highest rate since early May. The percentage of positive tests has trended upward since a low in mid-June, when seven-day averages were between 2 percent and 3 percent.

A new online tool will speed the process of testing at sites including the Alliant Energy Center in Madison, where thousands of people lining up for tests at times have meant hours-long wait times.

DHS official Stephanie Smiley and National Guard Adjutant Gen. Paul Knapp said at a media briefing Thursday that the tool, called "COVID Connect," will allow people to register for their tests and submit information about their symptoms using a smartphone from their cars. The tool will mean less contact with those working at the testing site, as paper forms and pens will no longer be passed in and out of cars in most cases.

Those who do not have a smartphone are not required to use the tool.

The information will go to a secure website, Smiley said, and will also help ensure contact tracers have the information they need to follow up with those who test positive.

"Testing is an incredibly important tool, and so is contact tracing," Smiley said.

The new tool will also allow people to receive their test results by email, Smiley said, which means they will get their results faster.

Knapp said the National Guard-assisted sites throughout the state have tested more than 200,000 Wisconsinites as of this week.

Wisconsin's daily testing capacity — based on the availability of test supplies and adequate staffing — has grown from 120 available lab tests in early March to 19,032 as of Thursday. The number of actual tests reported on Thursday was 13,158.

COVID-19 activity varies heavily from county to county. The latest coronavirus activity data from DHS, released once per week each Wednesday, showed that 47 counties had a "high level" of coronavirus activity, up from the previous week's 36 counties. Activity level designations are based on "burden," or the number of new cases per a county’s population over a 14-day period, as well as whether there’s an upward or downward trend in new cases.

There have been confirmed cases in all 72 of Wisconsin's counties, although according to the DHS, as of Wednesday, four counties have had no new cases over the past two weeks.

According to DHS, 3,726 people have been hospitalized because of the virus as of Thursday, an increase of 43 from the day before. That means at least 11 percent of people who have tested positive for the new coronavirus in the state have been hospitalized. DHS officials said they don't know the hospitalization history of 10,426 people, or 31 percent.