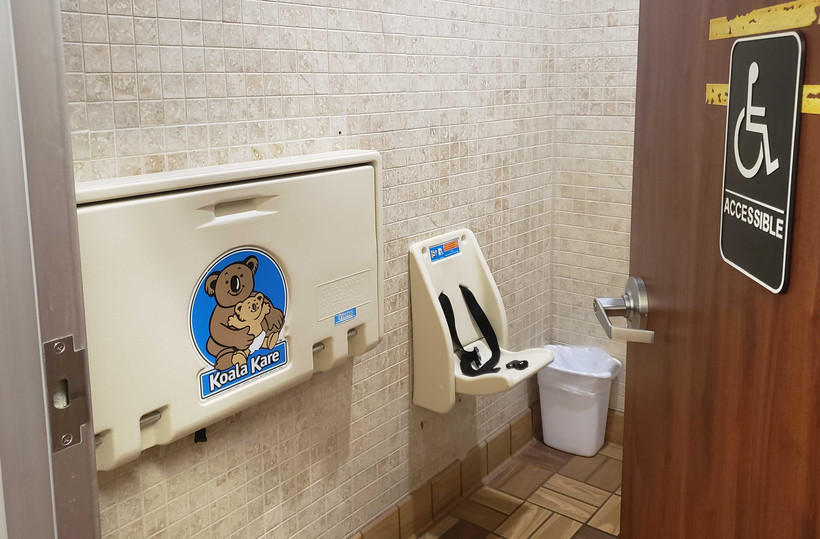 Baby changing stations, like this one in this photo taken Wednesday, Dec. 4, 2019 at a Kwik Trip in Eau Claire, would be required in all new publicly used buildings under a bill proposed by three male legislators. Liz Dohms/WPR

Baby changing stations would be required in all newly constructed public and commercial buildings throughout Wisconsin if a bill proposed by three male legislators passes.

In a conversation with Kate Archer Kent on "The Morning Show," Larson spoke about what the bill looks like and his reasons for supporting it.

The bill is being circulated for signatures, according to Larson's office.

Kate Archer Kent: Let's talk logistics. What would this bill effectively do?

That's it, simple as that. It's about making sure that any parent that's going out in public is able to change their child, which I think a lot of people in this day and age expect.

At this point, it's basically been up to commercial buildings, it's been up to private owners and for those in public to decide if they want to put these things in or not. There's not any regulation of these in Wisconsin.

As much as it may seem easy to change your kiddo on the counter, I've got to think that most people would appreciate it if you don't do that. This is about making sure that everybody's safe and sanitary and that you can do this in privacy in a bathroom, which is the reason why these exist. Yes, you can end up making do when it's an easy diaper change. But when it's not, you want to make sure these are in there.

And I think most places have figured this out and have those diaper changing stations installed already because most people expect that. It is more of a problem when it's not there and you're expecting it and you need it.

KAK: So if this bill would become law changing, tables would be required in all restrooms on new or substantially renovated public buildings. And if it's successful, would there be future plans to include buildings that fall outside of this category?

CL: I think a lot of those buildings that are owned by private entities, owned by businesses — they're kind of at the forefront of this, actually, because they want shoppers, especially this time of year, where people are going out and spending money. They want folks in there, and one of the easy ways to do that is to make sure you have an accessible bathroom.

So I don't think we're gonna get to that point of expanding this, but I would say that in other states where this has passed, it's been broadly bipartisan.

KAK: What is the cost of this change to a business?

CL: I think for most of these things, they cost about a $100. We're not mandating any particular group install these.

But I'll turn the question on you and say what is the cost of not having these things in? Imagine going into one of these public buildings, and you're trying to change your kid. You can't do it. I think it ends up making a messy situation, to say the least. And somebody will have to end up cleaning up after that. I think that's more of a cost than the initial costs of getting and maintaining these things.

KAK: What have you heard from fellow lawmakers so far?

CL: I think most people recognize it's a good idea. And what's been surprising is even the support from women, because while the three main co-sponsors were all dudes — we're all fathers — it's also about switching the gender norms, because there's an expectation for women to have to do this.

The women go to bathrooms and there's a child baby changing station in there. But there's not one in there for the guys' room. That kind of makes you wonder, "Well, wait a second. Why, is it expected that the mother has to take care of the baby every single time?"

KAK: So, this is really about equal opportunity access, right?

CL: There's a recent study from Pew Research showing more and more millennial fathers are the primary caretakers. That number is ticking up. And so as that's happening, as we're achieving gender equity, I think it makes sense that you are making sure the dads can change their kiddos the same way that moms are.

It shouldn't be a burden that's expected on one gender or the other. It's about making sure that people can both take part in parenting, or if they're the same gender, the have the ability to do that. 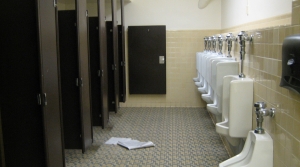 Wisconsin lawmakers have introduced a bill that would require all new public buildings to include diaper-changing stations in every restroom. We get the details from State Senator Chris Larson who proposed the bill.