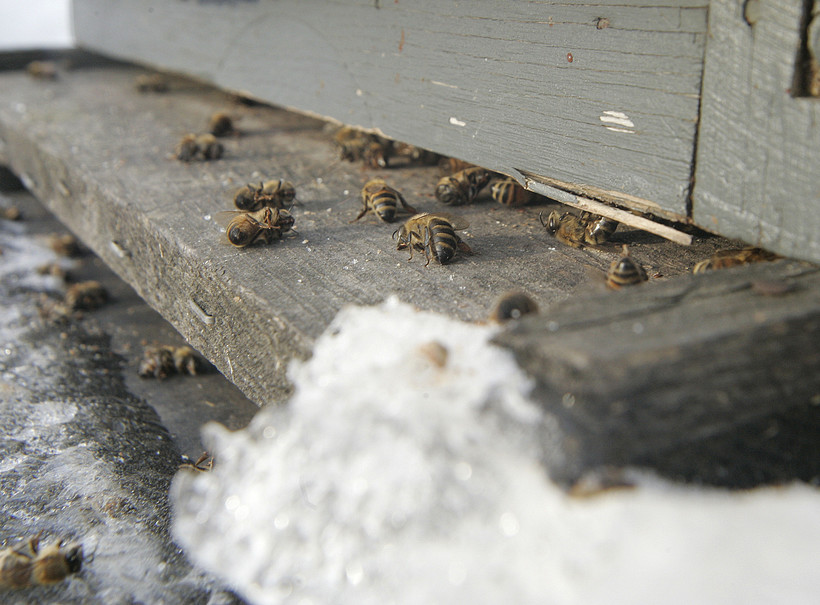 Some Wisconsin beekeepers are reporting high losses of bees this winter.

Kent Pegorsch, president of the Wisconsin Honey Producers Association, said 2017 was a difficult year for controlling varroa mites, a parasite that infests hives and kills off developing bees.

For years, Wisconsin beekeepers have been fighting the impacts of varroa mites. Liz Meils, state apiarist for the state Department of Agriculture, Trade and Consumer Protection, said the state doesn't start hive inspections until May. But she said over the last five to 10 years, beekeepers have been dealing with around 50 percent of their hives dying over the winter.

"It's definitely significant and not really sustainable," Meils said. "The general consensus among beekeepers is that acceptable winter losses should be around 12 percent, up to 20 percent."

Meils said beekeepers can bounce back from winter losses by bringing in new bees or splitting existing hives. She said producers should try to prevent losses by having their hives inspected and treating for mites.

But Pegorsch said winter loss prevention is hard because some beekeepers are reluctant to treat for the pests.

"Some of them would like to be treatment-free," Pegorsch said. "But what happens is they actually cause their hives to what we say 'crash' from too many varroa mites in the hive. The hive crashes, the bees die and as that colony is crashing, the bees fly off and then they inhabit other colonies nearby transferring those varroa mites."

Pegorsch said repopulating hives every spring is a challenge for managing hives and can be a financial burden.

Meils said DATCP has been working on outreach to producers who want to keep bees naturally.

"Beekeeping has become a lot more hands-on, and treatment-free is not really feasible anymore. But there are a lot of natural and organic options that are available to help the bees survive these mites," Meils said.

Meils said the state has two inspectors that are available from May until October to inspect hives and provide treatment advice.