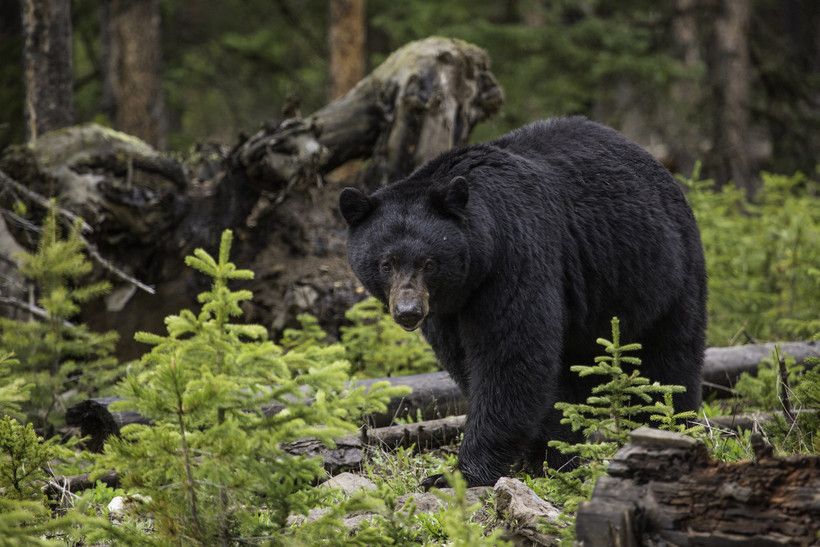 Supporters, Opponents Debate Proposal To Expand Use Of Hounds
By Danielle Kaeding
Share:

The state Natural Resources Board has approved a new 10-year plan for managing Wisconsin’s black bear population. The plan hasn’t been updated since it was first drafted in 1980.

The Wisconsin Department of Natural Resources is changing the number of bear management zones from four to six.

"There’s a difference across current Zone C in terms of habitat suitability for black bears and we tried to capture that through the establishment of these three new zones," Walter said.

The plan will also move away from harvest goals for each of those areas to adopt a quota that would be more flexible to address trends in bear health, damage and complaints.

It would have allowed hunters to expand the use of hounds in a newly created hunting zone in central Wisconsin.

Bob Welch, a representative for the Wisconsin Bear Hunters Association, said they support more opportunities for hunting with hounds.

"It isn’t like this area hasn’t had hounds in the past," said Welch, noting hunters currently train with hounds there. "It isn’t like there’s properties and people that are going to be newly conflicted. It’s the same places."

However, Megan Nicholson, Wisconsin state director for the Humane Society of the United States, called hunting with dogs a blight on the state.

"Hounds chase bears until they seek refuge in a tree or turn and fight, resulting in injuries and death to both bears and hounds," she said. "Hound deaths result in massive taxpayer-funded payments to hounders who put their dogs in harm’s way."

The state has paid more than $786,000 since 1987 for lost hounds, according to the state’s annual wolf damage payment summary. Not all payments were related to deaths during bear hunts.

Natural Resources Board Chairman Fred Prehn said hunters he’s talked with about the proposal are split 50-50 on expanding hunting with hounds beyond northern Wisconsin. He said going to the newly created Zone C with dogs "is a bad idea."

Fellow board member Bill Bruins said he has heard from farmers that they’re "sick and tired" of bears damaging their crops.

"Anything we can do to increase the success of the hunt, that’s what I’m in favor of," Bruins said.

The board voted 6-1 to remove the use of hounds for bear hunting in the newly created zone in central Wisconsin. The proposed plan could take effect as early as fall of 2021.