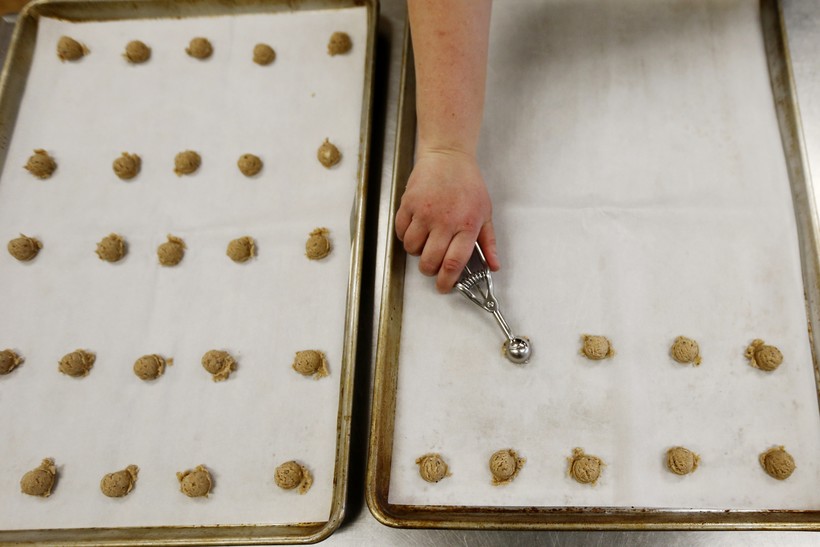 Martha Rabello works on making coffee cookies in the kitchen of Fanwood Presbyterian Church in N.J. She rents space in the church's kitchen to bake her goods to sell, as a state law prohibits her from baking commercial goods in her home. Julio Cortez/AP Photo

A Lafayette County Circuit Court judge has denied a state Department of Justice request to limit how much bakers can make from selling homemade goods.

But Jorgenson ruled the question "misconstrues and mischaracterizes" his original decision in an order filed Monday.

In the order, Jorgenson called the request "an effort to re-litigate issues." He also pointed out the deadline to appeal his October ruling has already passed.

Dela Ends, one of the farmers who sued the state, said the $5,000 cap would have been the lowest in the country.

"The whole idea of this was to help small businesses get a leg up and a cap like that is just continuing to be restrictive," Ends said.

Jorgenson said in his ruling that any regulations on homebakers should come from the Legislature, not the court.

But Lisa Kivirist, another plaintiff in the case, said homebakers have been unsuccessful in getting changes passed.

"We have wanted a law ever since we worked to first introduce the Cookie Bill back in 2014," Kivirist said. "It's our elected representatives who are stalling this process."

Lawmakers in the Assembly recently held a public hearing on a bill that would cap sales at $10,000 for homebakers, a proposal that Kivirst, Ends and other baking advocates oppose.

"Over 20 states don't even have a gross sales cap. That sends a message to entrepreneurs that 'Hey, the state is behind you. We want you to succeed, go for it,' whereas Wisconsin just keeps putting up barriers," Kivirist said.

A representative for the DOJ did not respond to a request for comment by deadline.