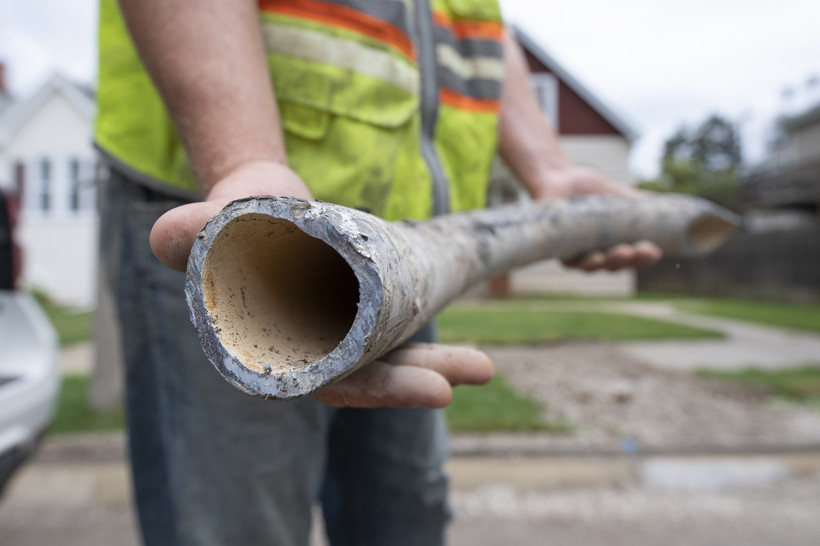 Wisconsin has been awarded the first half of roughly $143 million in additional funding set aside for the state under the bipartisan infrastructure law that will help communities upgrade ailing water and wastewater systems.

In a statement, Gov. Tony Evers said the funding will help build on the state's work to provide safe, clean drinking water.

"I look forward to continuing this important work with support from the historic level of funding from the Bipartisan Infrastructure Law to help us make significant progress on ensuring clean water for every kid, family, and community in our state," Evers said.

The funding awarded Wednesday is on top of the state’s annual allocation of money to its Clean Water Fund and Safe Drinking Water Loan Programs. The state received around $43 million in funding this year split between those two programs, according to the Wisconsin Department of Natural Resources.

The additional funding under the bipartisan infrastructure law is part of more than $800 million that Wisconsin is set to receive for water and wastewater upgrades over the next five years. The extra money will increase the amount of loans the state is able to grant. Around 50 communities have already applied for funding for drinking water projects under the current fiscal year that ends Sept. 30, 2023.

"We'll be working with those communities over the course of really the next year or so, to make those awards and to begin dispersing the funds," said Marcum.

Around $30.6 million of the $79 million will go to help finance drinking water upgrades next year. The remaining $48 million will be added to funding for wastewater projects.

Around half the money available through the state’s loan programs must be awarded as grants or principal forgiveness loans that ease barriers for underserved communities to invest in water and wastewater upgrades. As a result, the DNR increased the cap on the amount that can be forgiven with each loan awarded under the two programs.

"It lowers the amount that has to be repaid and makes the projects a little bit more affordable," Marcum said.

Communities that are slated to receive loans for drinking water projects next year will save $20.8 million.

The additional funding also falls under President Biden’s Justice40 initiative, which requires at least 40 percent of benefits to go toward underserved communities.

"Low-income, Black, and Brown communities in Milwaukee have been disproportionately burdened by crumbling and unsafe water infrastructure. It’s good to see this money coming in, but it’s just a start," Brenda Coley, co-executive director of Milwaukee Water Commons, said in a statement. "There is still a lot of work to be done to empower communities, invest funds where they’re needed most, and ensure that all have access to safe, clean water."

Around $8.6 billion is needed to improve Wisconsin’s more than 11,000 public water supplies over the next two decades, according to the American Society of Civil Engineers. Wastewater systems report nearly $6.3 billion worth of investment that’s needed to address aging infrastructure.

In Milwaukee alone, city officials have estimated it will cost nearly $800 million to replace the city’s roughly 70,000 lead service lines. Since 2017, the city has been replacing 1,000 lead lines or less each year. At that rate, it will take more than 70 years to remove the city’s remaining lead pipes.

While funding under the law falls short of the need, Democratic U.S. Sen. Tammy Baldwin told Wisconsin Public Radio it will help expedite upgrades to those systems and replacement of lead lines.

"We can't afford to wait and do this over decades. We need to do it over a couple of years, and that's the aim here," Baldwin said. "And yes, it is expensive. But, we have to resolve to do this because there are serious dangers to having lead in drinking water, having PFAS in drinking water…. We've got to tackle this. We can't just let it off for the next generation."

Children are more vulnerable to lead poisoning, which can cause developmental issues among other health problems. Lead pipes are the most common source of lead in drinking water. Children can also be exposed to lead through lead-based paint and other lead-based products.

PFAS have been linked to kidney and testicular cancers, thyroid disease and fertility issues. The harmful chemicals have contaminated public and private wells statewide, including in communities like Marinette, Peshtigo, La Crosse, Eau Claire, Madison, Wausau and Milwaukee.

The DNR is now accepting notices from communities who intend to apply for funding for the next fiscal year through Oct. 31.