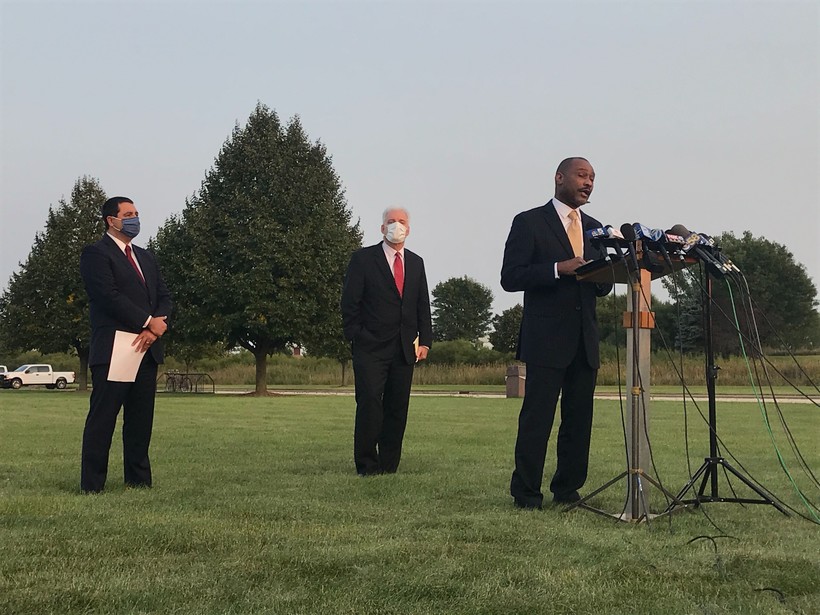 Former Madison Police Chief Noble Wray speaks at press conference in Kenosha on Monday, Sept. 21, 2020, about the investigation into the shooting of Jacob Blake. Madeline Fox/WPR

Kaul Says DCI Investigation Into Kenosha Shooting Is In Its 'Final Stages'
By Madeline Fox
Share:

Former Madison Police Chief Noble Wray will be coming on as a consultant in Wisconsin's investigation of the police shooting of Jacob Blake, who was shot in the back seven times by Kenosha Police Officer Rusten Sheskey in August.

Attorney General Josh Kaul said the investigation into the shooting by the state Division of Criminal Investigation (DCI) is "in its final stages," though he noted witnesses could still come forward to speak to investigators. Once DCI has completed its report, Wray will review it and produce his own report addressing police procedure, use of force and other insights from his career in policing and, later, working on distrust between police and the communities they patrol.

Wray said he intends to move with "deliberate speed" once he gets DCI's investigative file.

"I can appreciate, having been a police chief for 10 years, how the community really wants and they're waiting to find out that information," he said.

He said his first impression of the shooting, from news coverage, was that it was "graphic," but he said he hasn't prejudged the case. 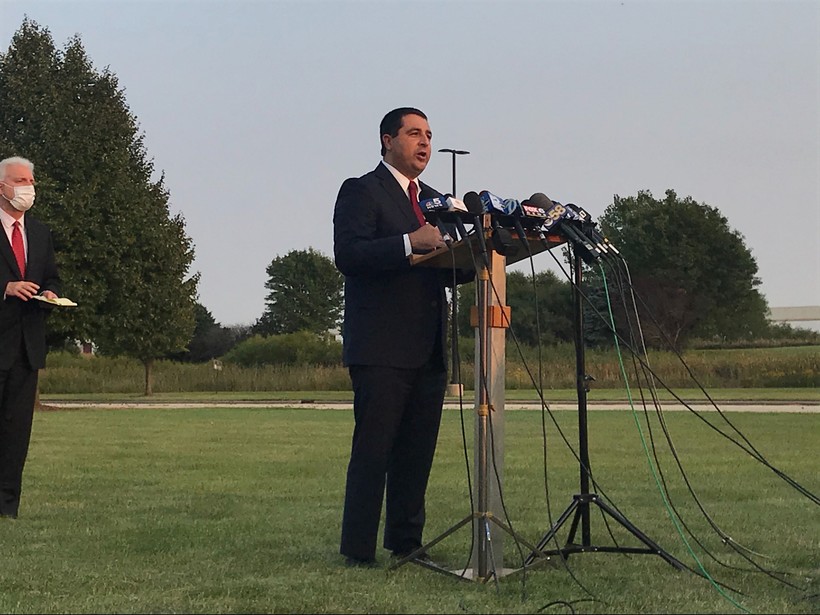 Wisconsin Attorney General Josh Kaul speaking in Kenosha on Monday, Sept. 21, 2020, on the investigation into the shooting of Jacob Blake. Madeline Fox/WPR

Kaul said Wray was brought on board after he and Kenosha County District Attorney Michael Graveley discussed their desire for a consultant with expertise in police practices, but Graveley himself wasn't involved in Wray's selection to avoid any implication of bias — that decision was left to Kaul. Graveley will get DCI's investigative file, as well as Wray's report, to review as his office decides whether to charge Sheskey.

"The priority at each and every stage of this investigation from both DCI and the Kenosha District Attorney's Office has been that this investigation be complete, that it be comprehensive in all ways, and that it be fair," Graveley said. "It's what Jacob Blake and his family deserve, it's what the public deserves ... and then certainly, the police officers and their families deserve a complete and fair investigation."

Wisconsin requires an independent investigation of police shootings, that change happened 16 years ago in response to another Kenosha shooting.

When asked if he worried his oversight of the 2012 Paul Heenan shooting in Madison would hurt his credibility in reviewing the Blake shooting, Wray said "absolutely not." The officer in that case, Stephen Heimsness, was cleared, and the city later settled with his family for $2.3 million.

Wray said he's comfortable with these kinds of investigations, having worked as a deputy monitor on the Tamir Rice police shooting case in Cleveland, and nationally on police reform with the federal Department of Justice under President Barack Obama.

Kaul had few other updates on the case, noting that the Eastern District of Wisconsin has also opened a federal investigation into the shooting. One of Kaul's earlier press conferences outlined details of the scene where Sheskey shot Blake.