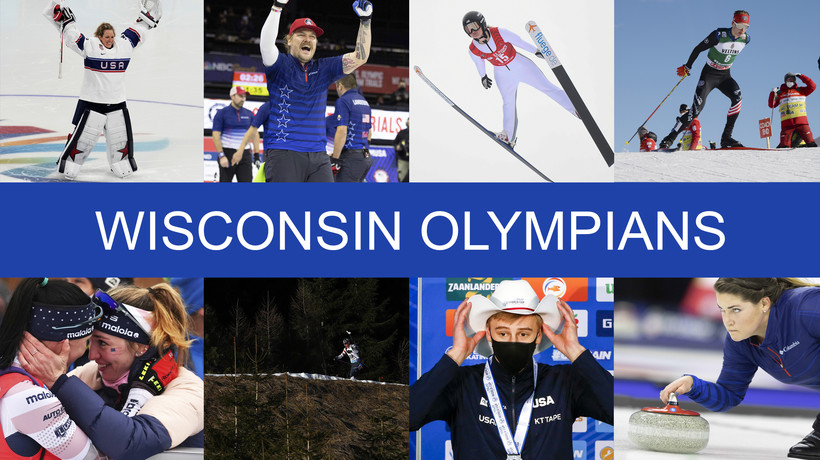 Wisconsin athletes competing at the 2022 Winter Olympics in Beijing

19 Olympic athletes with ties to the Badger State will be competing across 8 sports
By Diane Bezucha
Updated:
Thursday, February 3, 2022, 10:45am
Share:

A total of 222 athletes will be representing the United States at the 2022 Winter Olympics in Beijing and 19 of them have ties to the Badger State. From reigning gold medal teams in men’s curling and women’s ice hockey to breakout speedskating star Jordan Stolz, Wisconsin athletes will be aiming for the podium when the Games begin on Wednesday.

Wisconsin athletes will be competing across eight sports: curling, ice hockey, speed skating, biathlon, cross-country skiing, ski jumping, nordic combined and snowboarding. For 10 of the athletes this will be a return trip to the Olympic Games, but the other nine will be competing for the first time.

The Games officially kick off with the opening ceremony Friday, though some events in curling, freestyle skiing and ice hockey start Wednesday. NBC, the official Olympics broadcaster, has live coverage from Thursday through the closing ceremony Feb. 20. All events can be watched live or streamed online, and you can also catch highlights during NBC's primetime hours.

Read about each Wisconsin athlete below and find out when you can tune in to cheer them on. 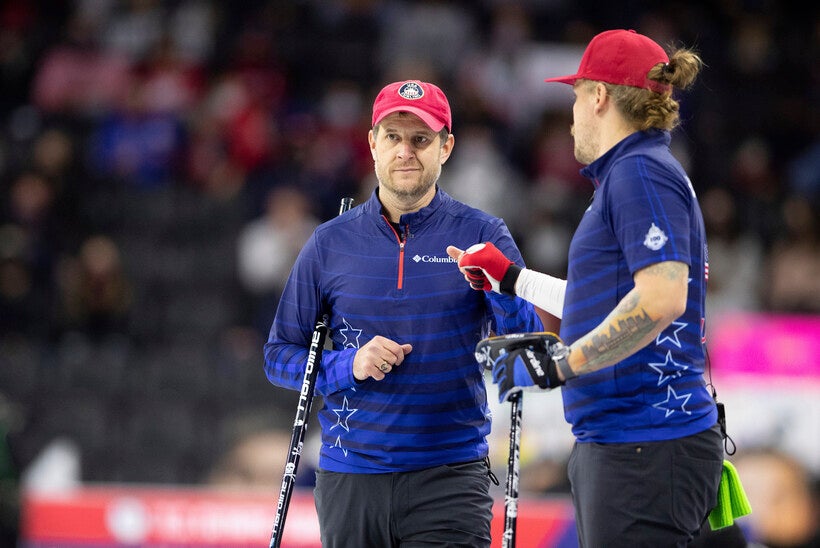 The men’s curling team brought home their first Olympic gold medal from Pyeongchang in 2018 with two Wisconsinites throwing stones, and they’re looking for a repeat in Beijing.

Team Shuster is led by 39-year-old skip John Shuster, who was also part of the 2006 Olympic team that won bronze — team USA’s first medal in curling. The five-time Olympian is originally from Duluth but now lives across the water in Superior with his wife and children.

Also on Team Shuster is the famously mustachioed Matt Hamilton who throws second. The 32-year-old McFarland resident is back for his second Olympic appearance. In 2018, he took the curling world by storm when he challenged a growing fan base to show their support by sharing mustache selfies. And he’s also been taking time to encourage younger fans to get into the sport. If Team Shuster snags gold again in Beijing, the championship game would be on Matt’s 33rd birthday — Feb. 19. 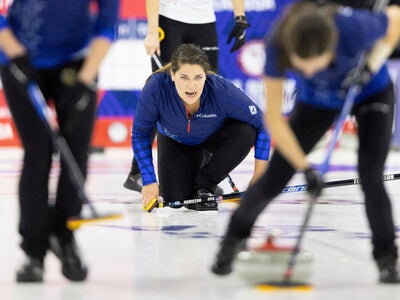 Team Peterson's Becca Hamilton yells to her teammates as they sweep the rock she threw while competing against Team Christensen during the second night of finals at the U.S. Olympic Curling Team Trials at Baxter Arena in Omaha, Neb., Saturday, Nov. 20, 2021. Rebecca S. Gratz/AP Photo

The women’s curling team — Team Peterson — is also half Wisconsin. Throwing second is none other than Becca Hamilton, Matt's younger sister. Like her brother, the 31-year-old from McFarland will be making her second Olympic appearance. Following Becca and throwing third for Team Peterson is another McFarland resident — Nina Roth. In addition to being a two-time Olympian, Roth is a mother and full-time nurse who worked through the coronavirus pandemic.

Catch all the curling action starting Feb. 9. Both teams participate in a series of round-robin competition before advancing to semi-finals and finals: 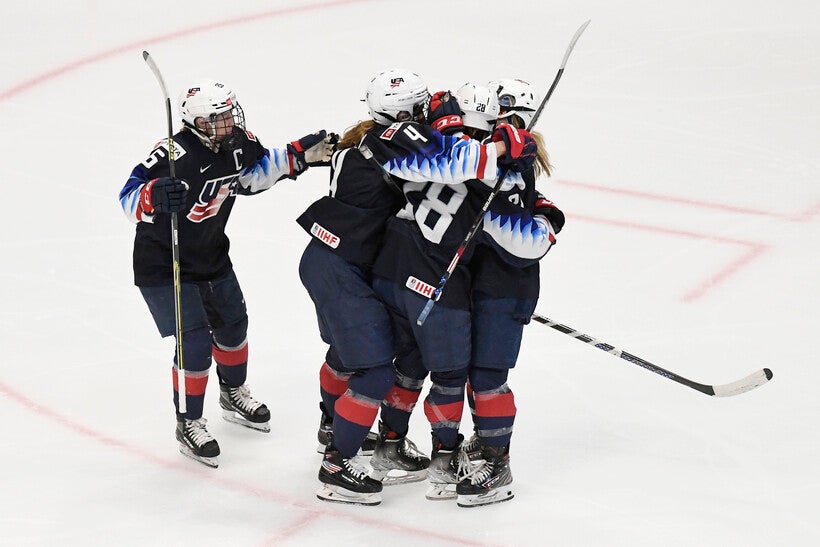 The U.S. women’s ice hockey team won gold in 2018 and has taken home a medal from every Winter Olympics since women’s hockey was added in 1998. This year’s team includes six former and future Badgers.

Goalie Alex Cavallini is making her second Olympic appearance. The 30-year-old from Delafield played for the Wisconsin Badgers from 2010 to 2014, where she still ranks first for career games, wins and saves. She is joined by forward Brianna Decker who hails from Dousman. The 30-year-old Decker is a three-time Olympian who played for the Badgers from 2009 to 2013. She is UW-Madison’s second all-time leading scorer, just behind teammate Hilary Knight. Knight, 32, lives in Sun Valley, Idaho but played forward for the Badgers from 2007 to 2012 — where she still holds numerous records. Knight is a four-time Olympian who is listed as one of the top U.S. athletes to watch in Beijing.

Madison-native Amanda Kessel will be making her third appearance at the Winter Games. The 30-year-old forward played for the University of Minnesota, Twin Cities from 2010 to 2016, taking time off to train for the 2014 Olympics.

And two more Badgers will be making their first Olympic appearances in Beijing. Twenty-four-year-old forward Abby Roque is from Upper Michigan, but played for Wisconsin from 2016 to 2020. Roque is the first Indigenous hockey player on Team USA.  Finally, newcomer and defender Caroline Harvey is Team USA’s youngest player. The 19-year-old from Salem, New Hampshire had just committed to playing for the Badgers when she was called up for the national team training camp. Harvey will now join the Badgers in fall 2022, possibly with an Olympic medal already in hand.

Updates: Forward Brianna Decker was injured during a collision with another player 10 minutes into the team's opening game against Finland. Decker sustained an injury to her left leg and will sit out for the remainder of the tournament. Team USA initially tapped Britta Curl—a current member of the UW women's hockey team—to replace Decker for the remainder of the Games, but during team processing this week she tested positive for COVID-19 and will be unable to participate in the Games.

Jordan Stolz, 17, was the breakout star of the U.S. Olympic Trials for long track speed skating, setting records in both the 500-meter and 1,000-meter. The Kewaskum teen was a surprise qualifier to the team, but now he’s a medal contender who has the speed skating world watching. 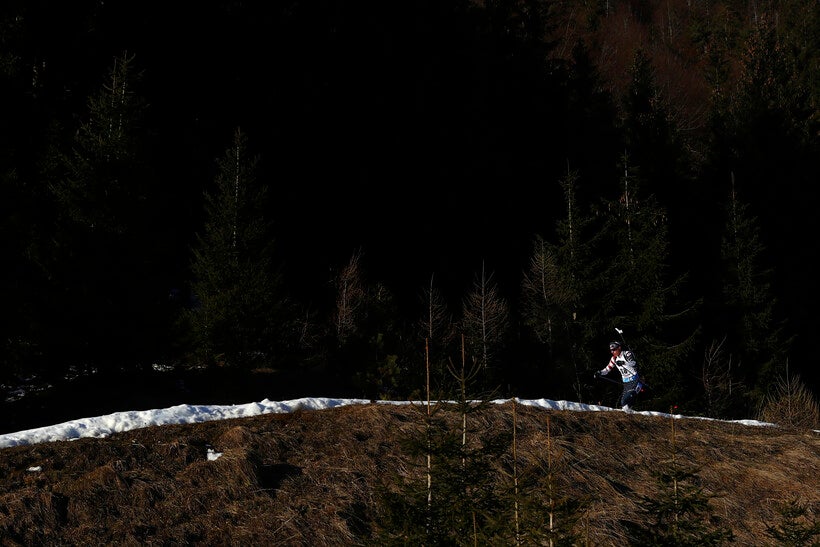 The biathlon, which combines cross-country skiing and rifle shooting, is the only sport in which the U.S. has never earned an Olympic medal. In Beijing, three Wisconsin athletes will try to change that.

Deedra Irwin, a 29-year-old Pulaski native and first-time Olympian, earned her spot on Team USA after finishing 15th at the IBU competition in Slovakia in January. Irwin will be joined by 29-year-old Joanne Reid who was born in Madison and regularly returned to visit family and train with the Blackhawk Ski Club. The two-time Olympian comes from a family of champions. Her mom, Beth Heiden Reid, won a bronze medal in speed skating at the 1980 Olympics in Lake Placid, New York; and her uncle, Eric Heiden, won five gold medals in speed skating — more than any other American except Bonnie Blair. 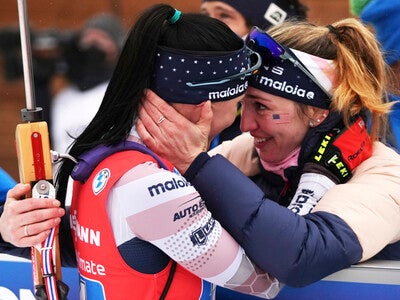 The team also includes Paul Schommer, a 29-year-old Appleton native who will also be competing in his first Olympics. Biathlon competition kicks off Friday with the mixed team relay. All biathletes will compete in the individual, sprint and relay events. Depending on their performance, some of them may also compete in the pursuit and mass start events.

Updates:  Deedra Irwin placed 7th in the 15-kilometer individual race. Her time of 45:14.1 is the best Olympic finish ever by an American woman in the biathlon. Read more about her Olympic journey here. 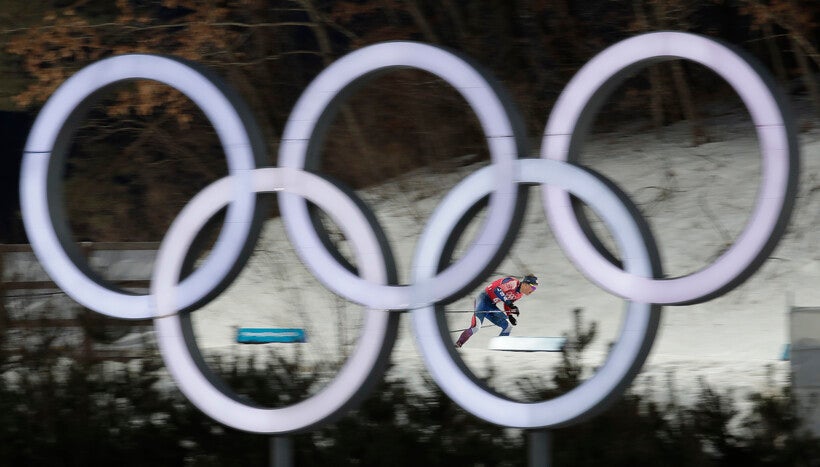 He will most likely compete in the men’s sprint events Tuesday and Feb. 16. The men’s cross-country ski events begin Sunday with the 15-kilometer and 15-kilometer skiathon and conclude Feb. 19 with the 50-kilometer mass start.

Updates:  Bolger finished 22nd in the men's free sprint qualification with a time of 2:52.77. His performance was strong enough to advance him to the quarterfinals, where he finished fourth in his heat, with a time of 2:57.82 but did not advance to the semifinals. In the 4 x 10-kilometer relay, Bolger and his teammates finished in 9th place with a total time of 2:02:56.3. 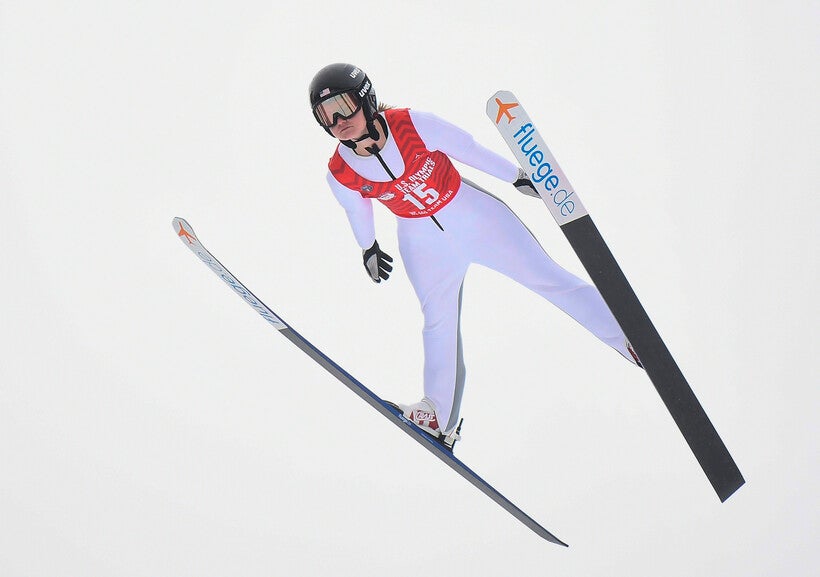 Anna Hoffmann, 21, will be the lone woman on the U.S. ski jumping team. The Madison native was a late addition to the Team USA roster, after other nations declined spots.

Hoffmann has been a strong individual competitor, but the U.S. overall has lagged behind in international women’s ski jumping competitions, even after helping lead the fight to get it added to the Games in 2014. Hoffmann will compete in the Women’s Normal Hill event Saturday.

Updates:  Ski jump scoring is about more than just distance. It also factors in elements such as starting gate, style and wind speed. In the trial round, Hoffmann's jump of 69.5 meters earned 3.6 points. Her first round jump of 64.5 meters scored 36.2 points, placing her 37th in the women's normal hill competition. Only the top 30 women advanced to the final round. 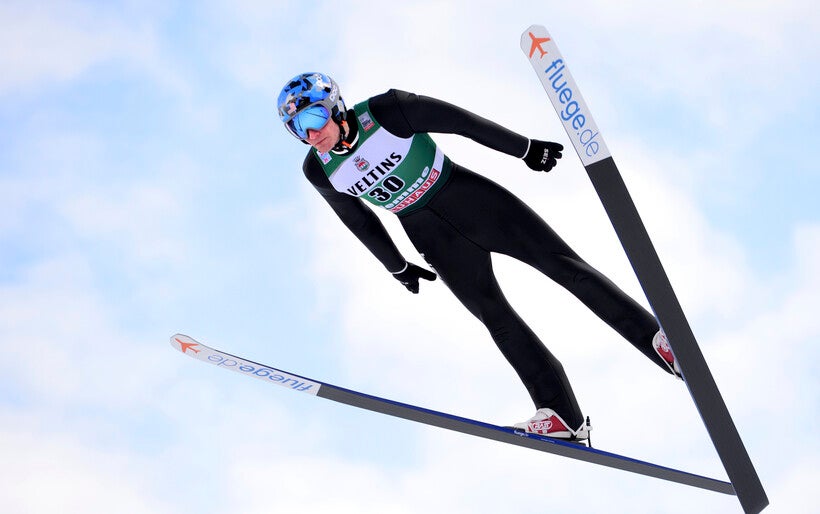 Nordic combined includes both ski jumping and cross-country skiing. Competitors start with a jumping competition and the order in which they finish determines their seeding for the 10-kilometer cross-country race. It remains the only event for which there is not a women’s competition.

Eau Claire native Ben Loomis will be on the Olympic stage for the second time. The 23-year-old is the highest-ranked American in nordic combined. The normal hill event will take place Feb. 9, followed by the large hill Feb. 15 and the team large hill Feb. 17.

Rounding out the contingent of Wisconsin Olympians is 18-year-old Courtney Rummel. Rummel will be competing in snowboarding — a sport the U.S. has dominated since it was added to the Winter Olympics in 1998.

The West Bend native and first-time Olympian specializes in the slopestyle and big air events. In slopestyle, riders perform point-scoring tricks off rails and jumps while making their way downhill. In the big air event, riders throw one big trick off a jump.

Updates:  In the slopestyle qualification round, riders take two runs with only their best score counting. Rummel scored 37.18 on her first run and 48.3 on her second run, leaving her in 17th place. Only the top 12 riders advanced to the finals. In the big air competition, Rummel's best two qualification runs scored a total of 101 points. She places 19th overall but did dot advance to the finals.

Editor's note: This story will be updated throughout the Games.