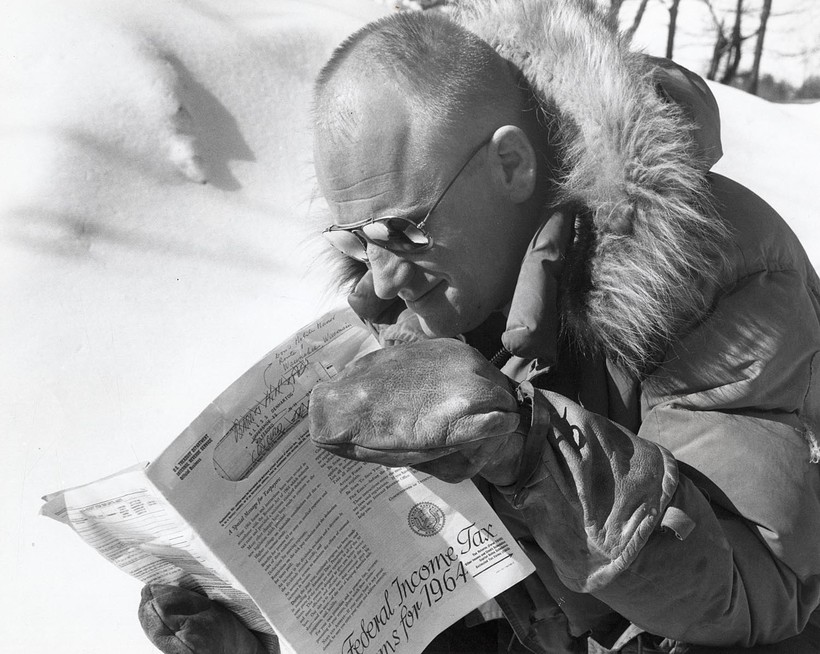 Wisconsin And The Creation Of The Modern Income Tax

Taxes are due next week, and as the above photo illustrates, even in Antarctica, taxes are unavoidable.

In 1911, Wisconsin became the first state to implement an individual income tax. It was one of many reforms advocated by the state’s progressive leaders. An income tax excited considerable debate in the Legislature (and aggressive lobbying) but Gov. Francis McGovern signed the bill into law on July 14 of that year.

The income tax also freed the state from reliance on property taxes as its primary source of revenue. This, in turn, allowed local governments to increase the money they could earn from property taxes, allowing for the expansion of services to citizens.

Some businesses threatened to leave Wisconsin over the tax. Among them, the Ringling Bros Circus, who suggested they may not return to Baraboo at the end of the 1912 circus season in protest of the tax. They argued that they made most of their money outside of the state so the tax was unfair. Many business and political leaders in Baraboo, recognizing the economic boost the circus provided the town, offered the brothers their support. But for other citizens, many making less than $1,000 a year, the idea that someone making 200 times that amount had to pay a tax elicited little sympathy. The Legislature eventually passed an exemption for the Ringlings.

Wisconsin’s tax model soon spread to other states and the federal government. Unlike Wisconsin’s system, the federal system, implemented in 1913, targeted only the very top earners. As late as 1939, less than 10 percent of U.S. citizens paid income tax. The demands of World War II, however, led to an expansion of the tax system.

Correction: This story originally said that the tax filing deadline for 2015 is this Friday. It's actually next Monday.