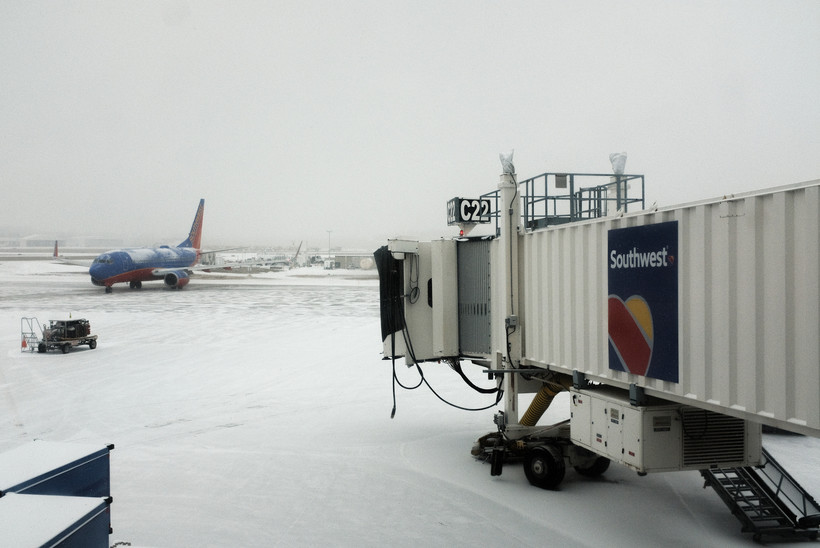 Milwaukee’s Mitchell International Says It Had More Than 7M Passengers In 2018
By Patty Murray
Share:

Wisconsin's largest airport is reporting more than 7 million local passengers moved through its gates in 2018.

General Mitchell International Airport spokesman Harold Mester said last year was one of the biggest ever for the county-owned airport, the other two big years being 2010 and 2011. These three years are the only three times in the airport's history that it has exceeded 7 million local passengers, Mester said.

Mester said the 7 million figure only includes those who fly in and out of Mitchell, and doesn't include those making connections.

"These are people who are traveling to or from Milwaukee, they are not changing planes to go somewhere else," he said, adding that having easy access to direct flights appeals to business travelers who might want to get in and out of town on the same day.

Mester said the airport attracts people from northern Illinois who want to avoid the Chicago airports as well as people from the Madison area and the Fox Valley.

"That is significant because it shows the demand that the community and this region has for air travel," Mester said.

But Outagamie County executive Tom Nelson stands up for the Appleton International Airport, which is also county-owned. It is the third-largest airport in the state, behind Mitchell and the Dane County Regional Airport in Madison.

Nelson said the airport does a lot of commercial aviation, such as maintenance on Gulfstream planes, but it also offers people in northeastern Wisconsin access to direct flights to Chicago, Denver and Atlanta.

Nelson said the airlines pay close attention to how many people use their service from a given airport.

"If their aircraft is only half full or maybe about 70 percent, they will discontinue that service, sooner rather than later," he said.

Nelson said Appleton’s planes are nearly full: "We consistently have about 95 percent to 90 percent."

He said the local airport saw a 25 percent increase in passengers from 2017 to 2018. Bloomberg named Appleton as the fourth-fastest growing airport in the country.