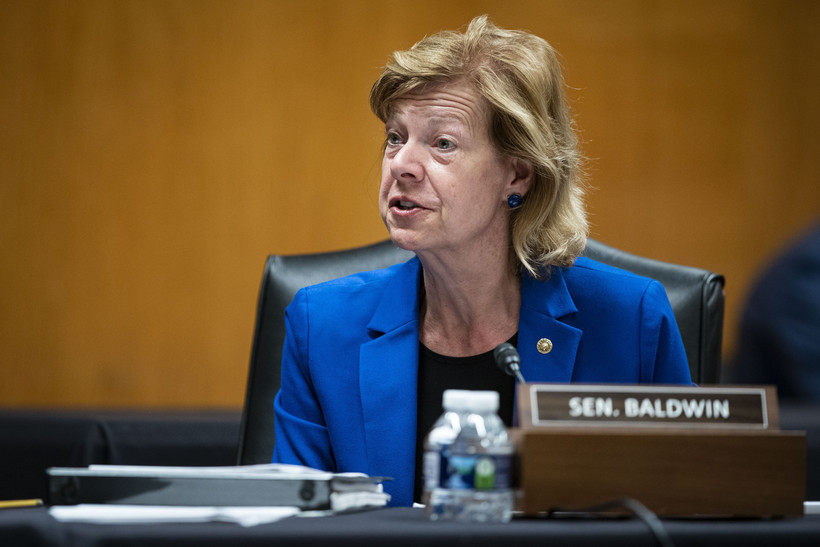 Wisconsin health care groups are applauding a proposal by Democratic U.S. Sen. Tammy Baldwin to provide federal health insurance to low income residents in Wisconsin and other states that have not expanded Medicaid.

The bill would create "a federal Medicaid look-alike program" that would provide the same coverage offered through state-run programs but would be administered by the Centers for Medicare and Medicaid Services, according to a press release from Baldwin’s office.

The release said the program would not require new spending because Congress already appropriated funding for Medicaid expansion in the Affordable Care Act.

Individuals who make up to 138 percent of the Federal Poverty Level would be eligible in the 12 states that have not expanded their state Medicaid programs under the Affordable Care Act. That includes Wisconsin, where Republicans have been opposed to expansion for years.

Gov. Tony Evers called a special session in May to expand Medicaid and accept $1 billion in additional federal funds offered as an incentive for expansion. But Republican legislative leaders called the effort "unneeded and even reckless," saying expansion would lead to more people on a government program and more expensive private plans.

Senate Majority Leader Devin LeMahieu declined a request to comment on Baldwin’s bill. A spokesperson for Assembly Speaker Robin Vos did not return a request for comment.

Sara Finger, executive director of Wisconsin Alliance for Women’s Health, said the unwillingness of Republicans in the state to consider expanding coverage is why she supports Baldwin’s federal approach.

"We’re grateful to our federal leaders for looking at creative ways to make this possible under this impossible situation in Wisconsin," Finger said.

William Parke-Sutherland is health policy analyst for the Wisconsin-based advocacy group Kids Forward. He said the new federal program would help 91,000 low-wage workers in the state, more than half of whom are parents.

Parke-Sutherland said even when these individuals qualify for a plan on the health insurance marketplace, it doesn’t mean it’s affordable.

"When you think about having even a modest premium or no monthly premium but you think about costly co-pays for office visits, for prescription drugs, those costs can be a real barrier to accessing care," Parke-Sutherland said.

Parke-Sutherland said a new federal option would still mean Wisconsin will miss out on additional federal funding. But it wouldn’t prevent the state from choosing to expand and access those dollars in the future.

"The door is not shut on expansion on the state level. It is just making sure that these people who are stuck in either coverage gaps in other states or this affordability gap in Wisconsin have better access to health care and coverage," Parke-Sutherland said.

Finger said she’s hoping the legislation will kick-start those conversations at the state level once again.

"Whatever happens nationally, we will fight for those opportunities (to expand the state Medicaid program)," Finger said. "Non-expansion states, at this point. .. we’re stuck and we need some new life kind of brought back into this fight."

She said she’s hopeful the bill will gain traction in Congress, but "there are no guarantees" that lawmakers will pursue it given the issues currently under debate.