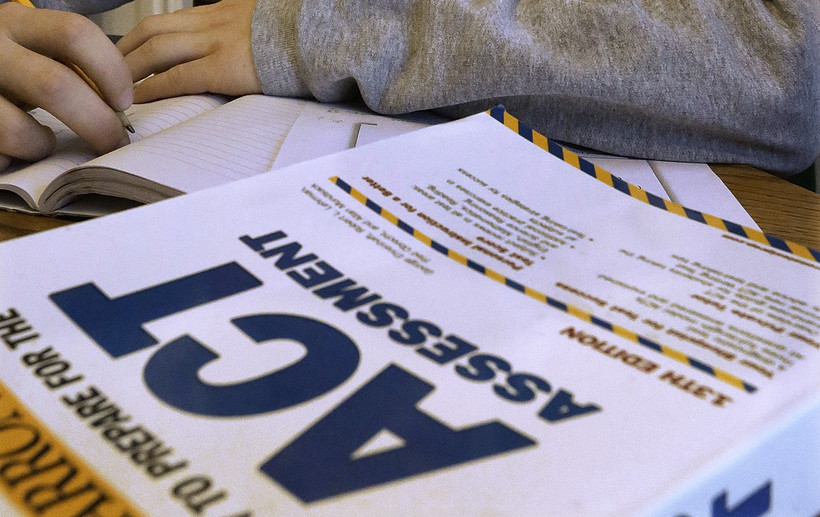 Wisconsin juniors scored almost the same on their ACT exams in the 2016-17 school year as juniors in the year prior. The composite score, which is an average of all the tests, was 0.1 points lower than the 2015-16 school year.

All Wisconsin 11th graders are required to take the ACT with an essay portion. The composite scores for 2016-17 was 20, which is below the national average of 20.8.

Wisconsin Department of Public Instruction spokesman Tom McCarthy said it’s almost impossible to point to a specific cause for this decline. However, DPI is only slightly disappointed because school districts have been working to get more students to take this test.

"We saw a pretty good uptick in several subgroups of students this year, and to only see a 0.1 decline there when you’re adding a significant amount of students who are generally not at the upper echelons on performance is a positive thing for the state of Wisconsin," McCarthy said.

In the 2016-17 school year, roughly 1,700 more students took the ACT in Wisconsin compared to the previous year.

Along with the release of the ACT scores, DPI also released the scores for the Wisconsin Forward Exam.

Wisconsin schools are seeing changes in the percent of students who score advanced or proficient on their Forward Exam, which is administered in the third through eighth grades.

When you compare fourth grade students who took the Forward Exams in the 2015-16 school year to their fifth grade scores in the 2016-17 school year, you see some increases in English language arts and math.

However, the average scores fluctuate until the eighth grade. The eighth grade scores in 2016-17 show a sharp decline in the percentage of students who are considered proficient or advanced in English language arts and math compared to the same group's seventh grade scores a year prior.

Editor's note: An earlier version of this story incorrectly referred to the drop in composite scores in percentage instead of points. It has been updated.