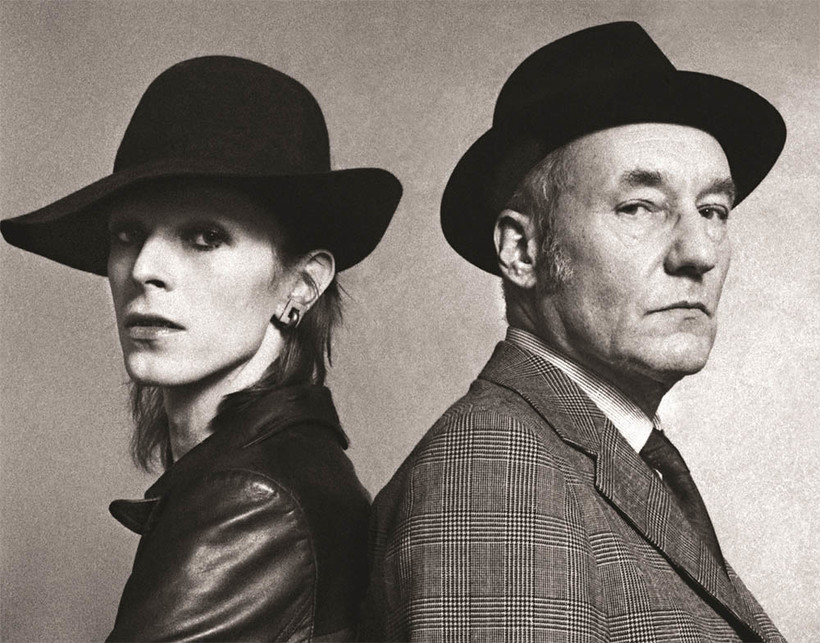 Lou Reed, Patti Smith, The Beatles And Many More Fell Under The Spell Of Burroughs Writings
By Steve Gotcher
Share:

On the night of Sept. 6, 1951, in an upstairs Mexico City apartment, 37-year-old William S. Burroughs and his wife, Joan Vollmer, also 37, were drinking hard and talking with friends about going to South America in search of a hallucinogenic drug called yage.

Vollmer dismissed the idea after having endured several of Burroughs previous misadventures. He then said, "I think it's time for our William Tell routine."

Vollmer placed a shot glass on her head, Burroughs took aim and fired a single shot from a handgun. Vollmer died from a gunshot wound to the forehead. Burroughs was convicted of manslaughter in Vollmer's death. He received a two-year suspended sentence.

The tragedy prompted him to become a writer.

In the novel "Queer," he wrote: "I am forced to the appalling conclusion that I would never become a writer but for Joan's death ... the death brought me into contact with the invader, the Ugly Spirit, and maneuvered me into a lifelong struggle, in which I had no choice except to write my way out."

In his book, "William S. Burroughs and the Cult of Rock and Roll," Casey Rae details the shooting and its impact on Burroughs' future.

Rae told WPR's "BETA," "William S. Burroughs didn't let himself off the hook for that ever, and I don't either in the book, but I do use it as an opportunity to explore what that type of psychic trauma can reveal in somebody's creative expression and their world view. What I've found is there is no William S. Burroughs apart from that horrible incident, and in part, this is what drove him to exorcise not just that incident, but many of his other personal demons."

Eventually, Burroughs influence found its way into the world of rock 'n' roll where artists like Lou Reed, Patti Smith, The Beatles, David Bowie and many others fell under the spell of Burroughs' writings.

"Different artists took different aspects of his work, lifestyle, or world view in their own creative journey," Rae said.

"For example, somebody like Lou Reed would draw from earlier Burroughs books like 'Junkie' which at the time was kind of an unusual matter of fact reporting on the truely seedy underbelly of the 1940's and '50s and narcotics addiction. Lou Reed would channel that reportorial prose in his own efforts with the Velvet Underground and beyond. Somebody like David Bowie, on the other hand, might draw from Burroughs' creative methods like the cut-up method," said Rae.

Patti Smith had a deep friendship with Burroughs going so far as to say he was on par with the Pope. Rae explained, "Patti Smith identified with Burroughs in a lot of different ways, even though he was not moved by rock music, he understood the medium's shamanic potency. Burroughs saw Patti Smith as being an amazing, incredible vessel for that. He was at her earliest readings at St. Marks in New York. He understood what she was trying to get across."

Burroughs’ influence grew, eventually drawing the attention of Paul McCartney. McCartney set him up in Ringo Starr's London flat, outfitting it with a small recording studio where Burroughs could experiment with audio production. Also, he appears on the cover of The Beatles, "Sgt. Pepper's Lonely Hearts Club Band" album next to Marilyn Monroe and just above Johnny Weissmuller.

Burroughs appears in many different musicians work just at a time when they are having a major creative breakthrough, Rae said.

"Burroughs seems to show up at all of the key junctures of these artists' creative development," said Rae, "He was there in a basement flat provided to him by Paul McCartney when McCartney wrote Elenor Rigby. Then you have Bob Dylan who practically hunted him down and begged Allen Ginsberg for an introduction to Burroughs at a time when Dylan was chaffing at the 'voice of a generation folk hero' cloister that he found himself in. After his meeting with Burroughs around 1965, he commits the ultimate heresy of going electric. So you see this sort of seeding happening over and over again with key artists. Some of the artists that didn't have a direct personal relationship with Burroughs may have encountered him at key junctures in their lives that may have inspired them to take their own creative pursuits in another direction. Kurt Cobain would be a great example of that."

Cobain met with Burroughs once at his home in Lawrence, Kansas shortly before his death by suicide. They collaborated on one project long-distance, an avant-garde piece titled, "The Priest They Called Him." Cobain asked Burrough to appear in a video for the song, "Heart Shaped Box" from the album "In Utero" but Burroughs refused because the scene called for his crusifiction and he didn’t want to be seen dying on camera.

Burroughs was very fond of the "cut-up method" for creating some of his text, a system invented by artist Brion Gysin. It’s a technique that takes any written text page cut into four quadrants and rearranges it to create a new narrative. One artist who took advantage of the cut-up method was David Bowie, who used the method to help inspire lyrics for some of his songs.

Rae contends that the book "Naked Lunch" was the gateway for many musicians to discover Burroughs work.

"It launched a thousand weirdo ships," Rae said. "That book was a kind of permission slip to radicalism in whatever kind of creative medium."

Burroughs legacy continued through the 1990s including a collaboration with the Disposable Heros of Hiphoprisy’s album "Spare Ass Annie and Other Tales," into the 21st century with the likes of Radiohead using the cut-up method to create lyrics and sound loops.

Burroughs never forgave himself for causing the death of Vollmer. Five days before his death he wrote in his journal, "Why, who, where, when can I say — tears are worthless unless genuine, tears from the soul and the guts, tears that ache and wrench and hurt and tear. Tears for what was."

Without that tragic event that launched a long and vibrant artistic career and influenced so many artists in such deep and creative ways, rock 'n' roll as we know it may never have happened.