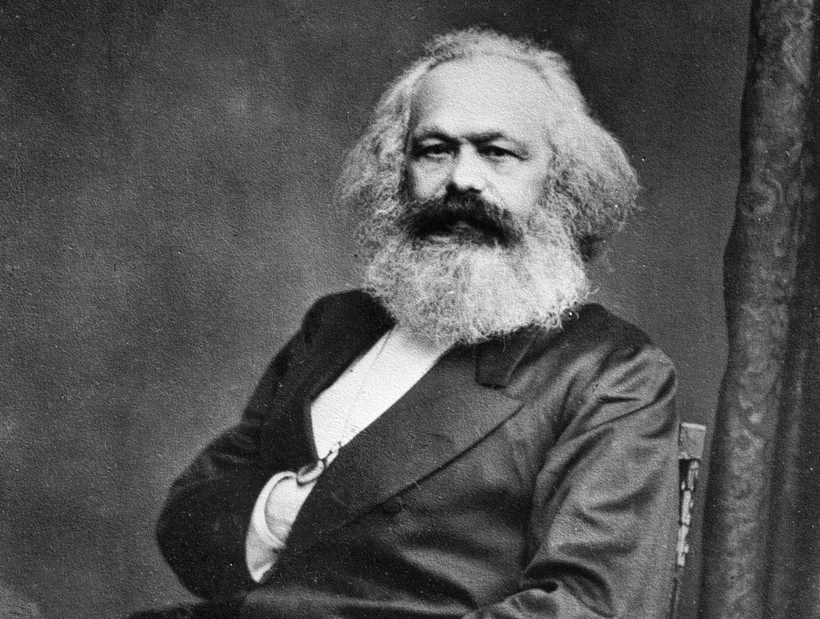 Will it be the Green Bay Lumpenbourgeoisie versus the Pittsburgh Proletariats in Super Bowl LVII?

Who do you think will win the Super Bowl this season? Could it be our hometown heroes, The Green Bay Lumpenbourgeoisie? Or maybe the Kansas City Commodity Fetishism? How about the Pittsburgh Proletariats?

Well, if writer Steve Almond's proposal for the Marxist Football League becomes a reality, it's a definite possibility. Almond is the author of many books, including "Against Football: One Fan's Reluctant Manifesto." One of the highlights of the book is a thought experiment that could totally change pro football for the better.

"This comes through the writer Chuck Klosterman, who writes a lot about sports," Almond told WPR's "BETA." "And I love his writing. He's brilliant, but he has this quote in one of his books. He says, 'The reason the NFL is so dominant is because the NFL is basically Marxist.'"

Klosterman was referencing the idea that the NFL owners agreed to divvy up their TV proceeds equally to support the whole league. He called it Marxism as exaggeration for effect.

"But when he said that, when I read that, I thought, 'Huh. What would it be like if the NFL, which is to me, kind of capitalism on steroids. What if it was truly Marxist? What if, in fact, the NFL were a completely Marxist organization? What would that mean?'" he said.

Almond explained that in a Marxist football league, there would be no private ownership and therefore no team owners. Instead, the teams would be owned by the cities that they live in.

Instead of an MVP like Aaron Rogers being paid $50 million a year, Almond explained, he'd be paid based on need. If he had a couple of kids, he might pull in $100,000 a year.

"And the worker who washes his jockstrap or the custodian who mops the floors of the locker room might be paid just as much as Aaron Rodgers, maybe even more if he has greater needs," Almond said. "That is quite remarkable to think about."

Star athletes could still earn large sums of money from endorsement deals from the private industry, but it'd be up to the league to decide if those payments were in line with its Marxist ethics and tenets.

"You would not have Commissioner (Roger) Goodell earning 60 some odd million dollars a year," he said. "That just would not exist."

The argument could be made about whether Rodgers would be interested in playing football if he wasn't earning $50 million a year, Almond said. But he added that the fame and adulation that comes from being a professional athlete, and the player's love for the sport, could be enough.

"I think that would be enough of an incentive for me to at least consider playing professional football knowing that, OK, I'm not necessarily going to earn billions of dollars. But remember, we're in a Marxist world. Nobody's earning billions of dollars," he said.

BETA being BETA, we could not resist taking Almond's thought experiment one step further and imagining a Marxist version of NFL Films. We'd probably call it MFL Films, and it would undoubtedly feature a lot of agitprop.

"You're right, the NFL Films are sort of the propaganda wing of the NFL," he said. "And it's big on valorizing masculine combat and the toughness and emphasizing sort of in a way that good propaganda does."

So what does Almond think MFL Films would look and sound like?

It would be replete with dramatic music, and there would be a "tough linebacker making the big hit and the dramatic flow of a particular game."

Almond envisions the end of the clip saying that this season the NFL has generated something like $13.75 billion.

"And then you would have a beautiful montage of all the things that $13.75 billion could do for the cities where NFL teams exist — cities like Green Bay or Cleveland or Baltimore."

"There's a tremendous amount that that kind of money could do to improve schools and create economic opportunity and care for the sick and really comfort the afflicted," Almond said. "And if MFL Films wants to throw in their lot for being a humanitarian organization and publicizing the way in which your fandom of football is helping your community, I am all in on that propaganda film."