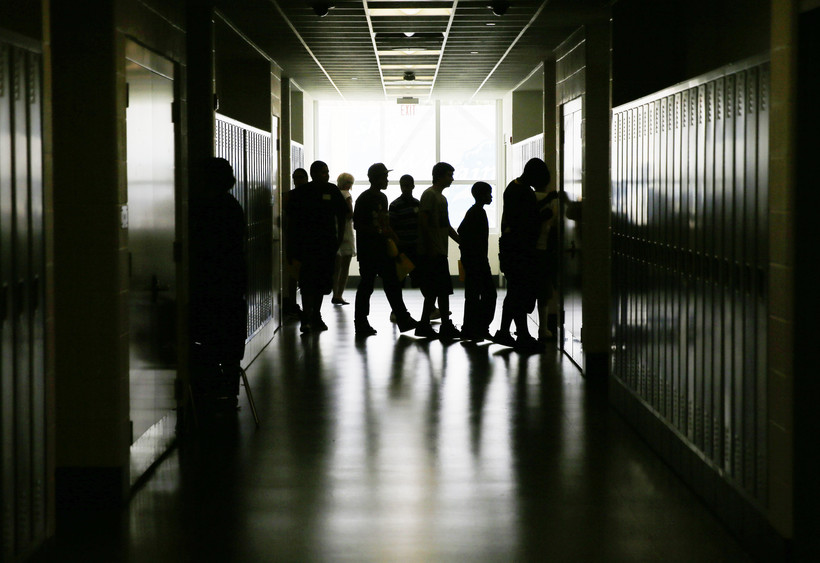 Why Are Fewer Wisconsin Students Studying To Become Teachers?

At a time some young people may be having second thoughts about going into teaching and older teachers are leaving to pursue different careers, Andrew Waity is sticking it out.

He grew up in a family of teachers; his father was an educator, his mother a librarian. You could almost say it was the family business. Even leisure time focused on education.

"Our family trips were (a way) to get more information for my dad for his history classes he was teaching. It was definitely a part of our family. It almost seemed my destiny to go into teaching as well," said Waity, an elementary educator and president of Madison Teachers Inc., the union for the city's public school system.

But there are a lot of challenges that prevent some from entering the field of teaching and others from staying.

Student debt, socioeconomic factors like student poverty, the focus on classroom testing and teacher perceptions that they are not valued as much as other professions prompt some to take a turn in their career path.

Mindy Mulryan, of Verona, is a former teacher who currently recruits candidates for a national jobs search agency. Before that, she taught at school districts in Verona and Monroe for a dozen years. She remembers how the job was emotionally draining at times and felt she couldn’t always focus on teaching.

"I did not think educating was my first priority. It was a matter of sometimes being a social worker, sometimes role of nurse. Providing food, clothing, transportation for students," Mulryan recalled. "It just wasn’t what I had been trained to do. So it was very taxing all around."

While failing to retain teachers like Mulryan is part of the struggle in Wisconsin, education leaders are also focusing on ways to get more students to become teachers.

"We know that nationally, enrollment in teacher education programs is down about 35 percent and in Wisconsin it is down more dramatically in some places," said Diana Hess, dean of the University of Wisconsin-Madison’s School of Education.

Hess is one of the leaders of a recently announced UW System task force to study teacher education enrollments and incentives. It's called the UW System Task Force for Advancing Teachers and School Leaders.

"What we’re experiencing here is not dissimilar to what’s happening across the country," Hess said. "The shortages tend to be in five different subject areas: special education, bilingual education, math, science and technology."

The shortage has prompted changes, which went into effect in 2016, that allow teachers to teach subject matter they may not have credentials in and lets others who went through an alternative certification program instead of obtaining a traditional university teaching degree into classroom. There are about 2,000 such teachers in the state, Hess said.

"That’s a fairly dramatic increase," Hess said. "So I think what we need to be concerned about in Wisconsin is not just that we have existing shortages, but that we know that based on the enrollment in our teacher education programs and how that has declined, that we will have even worse shortages in the future."

The teacher’s union for the Madison Metropolitan School District has been working on ways to recruit more people into the profession.

"But what (MMSD and the teacher’s union) have struggled with, quite honestly, is getting them to stay, retaining teachers past their first few years of teaching," Waity said. "We’re seeing a huge amount of folks coming in and then leaving. We’re also seeing more people who are resigning before they’re ready to retire."

While the union has heard complaints about pay from some of those who’ve left the profession, Waity said other factors are just as important, if not more so. One is accountability.

"How we’re being held accountable. I think that goes into making decisions about what curriculum you teach, how you approach students who need additional support," Waity said. "It feels more and more that teachers have less say in what they get to do."

Wisconsin didn't always have a widespread teacher shortage. When Mulryan started teaching in 2002 she said it was actually hard to find employment because there were so few jobs. When she did land a job she expected to be an educator forever.

"When I was young I loved school. I loved learning, loved that whole atmosphere. So I thought that would be a really good profession," said Mulryan, who left teaching last year.

Her student loans are paid off but she questions whether it was a good investment considering she’s since left the profession. With 12 year’s experience and both a bachelor's and master's degree, she was making just over $55,000 a year.

"The last several years I had been teaching I had two part-time jobs in addition to teaching full time. It just wasn’t sustainable," said Mulryan, a mother of two children.

The task force aims to come up with a report and recommendations by May 1.