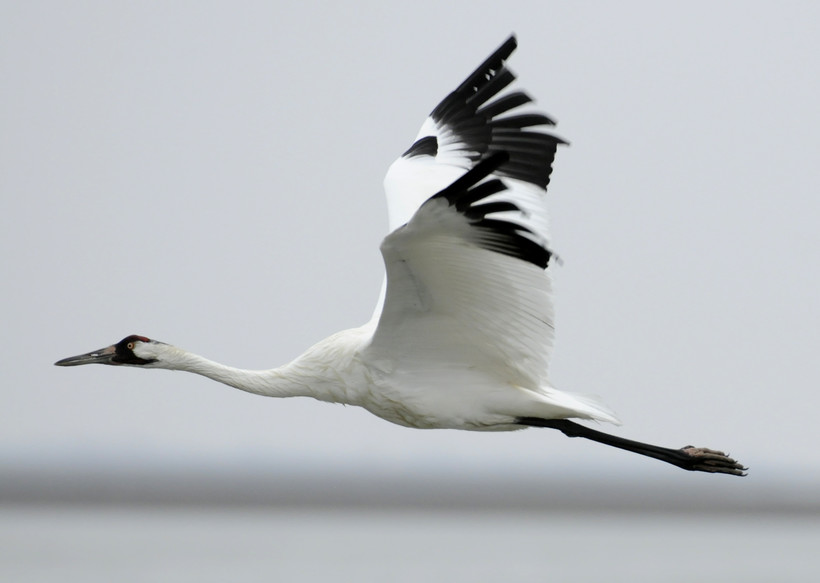 An adult whooping crane that hatched a chick in central Wisconsin last summer has been killed on its wintering grounds in southwestern Indiana.

The whooper died New Year's weekend after being shot, according to the Indiana Department of Natural Resources.

Lizzie Condon of the International Crane Foundation near Baraboo said losing the bird is unfortunate because not all mature females reproduce.

"We've been struggling to make this population self-sustaining. When we lose a breeding female, it's a huge loss," Condon said.

The crane's chick died the same summer it was born, but Condon said whoopers that successfully hatch an egg can often do so again.

A dozen birds in the effort to create a migrating flock of whooping cranes in the eastern United States have been shot since 2010, Condon said. In some of the cases, she said, the cranes were not specifically targeted.

"Some of our data that we have collected from surveys shows a low level of knowledge about whooping cranes compared to other species like bald eagles," she said. "They may not know how to correctly identify them."

Condon hopes for more public education about whoopers, but also perhaps stiffer penalties for people who knowingly shoot one of the birds.

An investigation into the circumstances of the shooting is ongoing by the Indiana DNR in conjunction with the U.S. Fish and Wildlife Service, according to the Indiana DNR.