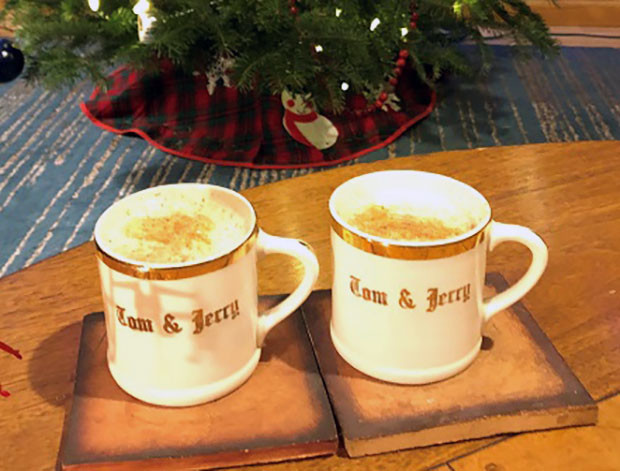 Who Are Tom And Jerry, And Why Are They A Cocktail?

Hot, Holiday Cocktail Warms You From The Inside Out
By Steve Gotcher
Share:

It seems that every season has its cocktails.

In the summer, it’s gin and tonic with a twist of lime, a margarita, or a Long Island iced tea.

When the temperature drops and the snow piles up, people want a little more warmth, like hot buttered rum, or spiced, mulled wine. During the holiday season, folks in Wisconsin turn to a hot drink known as the Tom and Jerry to warm them up.

That got Pam Stachowski of Whitewater wondering, is the Tom and Jerry a Wisconsin thing?

For those of you who don’t know, here are the basic ingredients that make up a Tom and Jerry.

WHYsconsin was intrigued by Stachowski's question and decided it needed some serious research. So, we turned to someone who has spent some time studying the cocktail.

Jim Draeger is the author of "Bottoms Up: A Toast to Wisconsin’s Historic Bars and Breweries," and he thinks the drink is indeed tailored to the dairy state.

"It's basically a farm-based drink because it has dairy, eggs, and butter," Draeger said. "To us Wisconsinites that hits home to that sweet spot in our hearts for dairy. The other reason is that it’s a drink that has brandy in it. As we all know, Wisconsin has a thing for brandy."

But where and when was the Tom and Jerry first created?

"In the 1820s a London playwright created the drink to popularize a play he had written that had a pair of characters named Tom and Jerry," Draeger said.

The play was called, "Tom and Jerry, or Life in London," by William Moncrieff, which Moncrieff adapted from a story by Pierce Egan called, "Life in London, or Days and Nights of Jerry Hawthorne and His Elegant Friend Corinthian Tom."

The play was quite popular at the time, running for over two years in London before coming to America and was performed until 1828. The drink became popular in England and eventually here in the United States. Years ago, Tom and Jerry sets used to serve the drink were a common sight at holiday parties. The sets have a large bowl to mix the concoction and a series of matching cups. Today, Tom and Jerry sets are mostly found in antique stores. 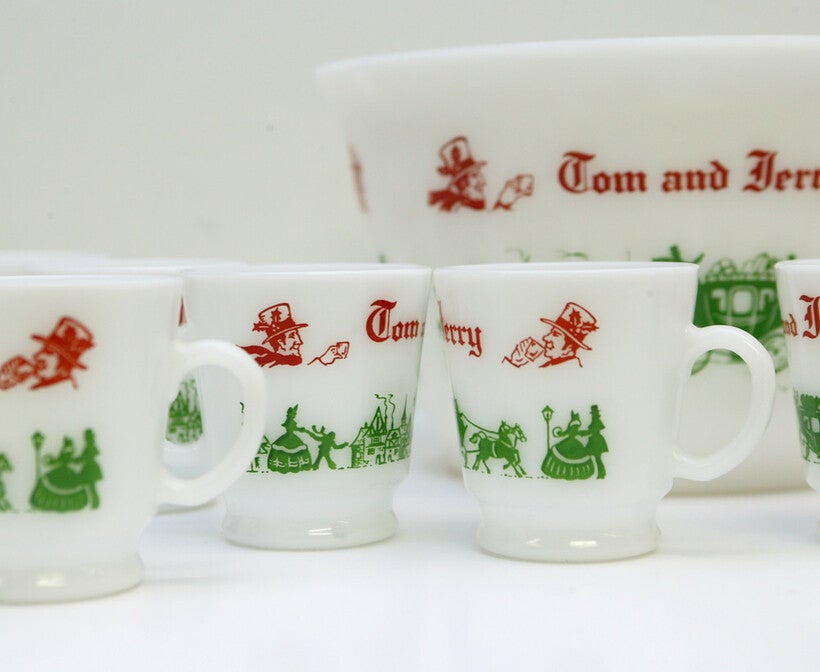 Here in Wisconsin, Tom and Jerry season starts around Thanksgiving and continues through the new year.

In Milwaukee, Bryant’s Cocktail Lounge dedicates their upstairs room to exclusively serving Tom and Jerrys during the holidays.

For research purposes only, we made a few different batches of Tom and Jerry batter and found the recipe posted by Bryant's to be among the best because the batter's sweetness and spices have a nice balance.

So excited to show everyone this year’s limited edition Tom and Jerry Mug by the talented @theblacklagoonroom - Tom and Jerry room opens December 6th. Mark your calendars.

The Domino Bar In Wausau specializes in making Tom and Jerrys, using their exclusive secret batter recipe, serving over 4,000 of the hot concoction between Thanksgiving and New Year.

Domino Bar owner Dan Baur is not sure if the Tom and Jerry is a Wisconsin thing or not.

"I know they’re very popular around here," Baur said. "The colder it gets, the better it gets. It warms you up inside."

Dan said the tradition of making Tom and Jerrys over the holidays started at the Domino sometime in the 1980s’ and gets bigger every year. 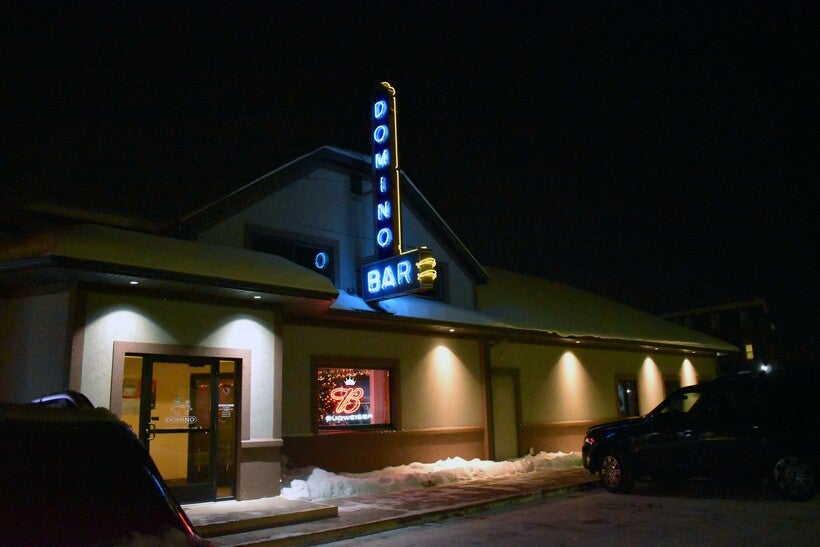 In this December 2019 file photo, snow can be seen outside the Domino Bar in Wausau, Wisconsin. Rob Mentzer/WPR

If you can’t make it to the Domino or Bryant's or one of the many other lounges that feature Tom and Jerrys during the holiday season, you can make one at home. Just pick up a tub of batter from your local grocery or liquor store, or make it yourself. Some outlets make the batter in-house while others carry one of two different brands distributed around the state. If you live in the northern part of Wisconsin, you’ll likely find Connolly's Tom and Jerry Batter from Superior. Cedar Crest Ice Cream in Manitowoc makes Mrs. Bowen's Tom and Jerry mix, which you can find in central and southern Wisconsin stores.

So put the kettle on the boil and break out the festive mugs. It’s Tom and Jerry season!

This story came from an audience question as part of the WHYsconsin project. Submit your question, and we might answer it in a future Wisconsin Life segment go to wpr.org/WHYsconsin. Rob Mentzer contributed to this story.