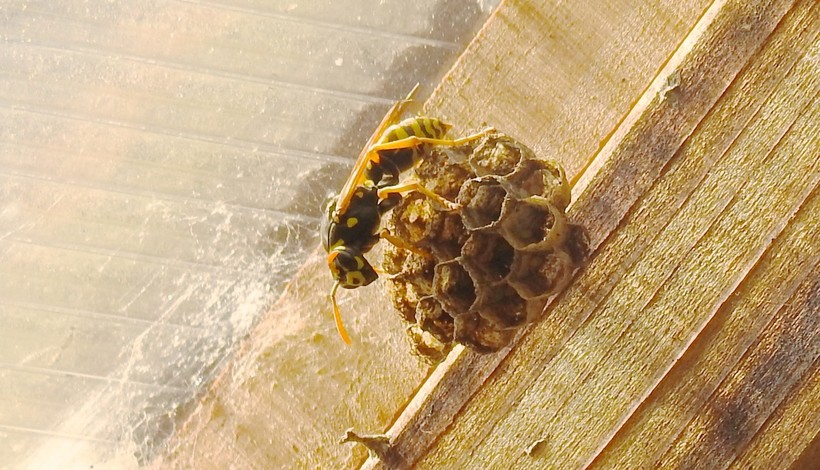 A Yellowjacket on a paper nest. Dean Fosdick/AP Photo

What's The Buzz With All The Yellow Jackets?

They're Not All Bad. Yellow Jacket Numbers Peak From August To October
By Mary Kate McCoy
Share:

The yellow jacket. It’s aggressive, it’s got a sting that can bring you to your knees and it's presence in your can of soda or beer can be the bane of summer cookouts and picnics.

But as we enter the late summer months and the unfriendly guests begin to show up in full force, it’s time to rethink the yellow jacket, said P.J. Liesch, manager of the University of Wisconsin-Madison Insect Diagnostic Lab.

"If we went onto the sidewalk and asked most folks their impression, it's probably going to be a negative impression," he said. "But they can do a lot of beneficial things, and when I think of yellow jackets overall, I think of them being more beneficial than harmful."

Yellow jackets — although they may look like bees are actually only distantly related — act as pollinators, particularly in the late summer months.

"Yellow jacket workers are looking specifically for carbohydrate sources, they're running low on fuel so to speak, so they need sugar sources. That may mean nectar from flowers," he said. "They have not evolved specifically for pollination like bees have, but if they're visiting one flower for nectar and going to another, they're going to do some pollination." 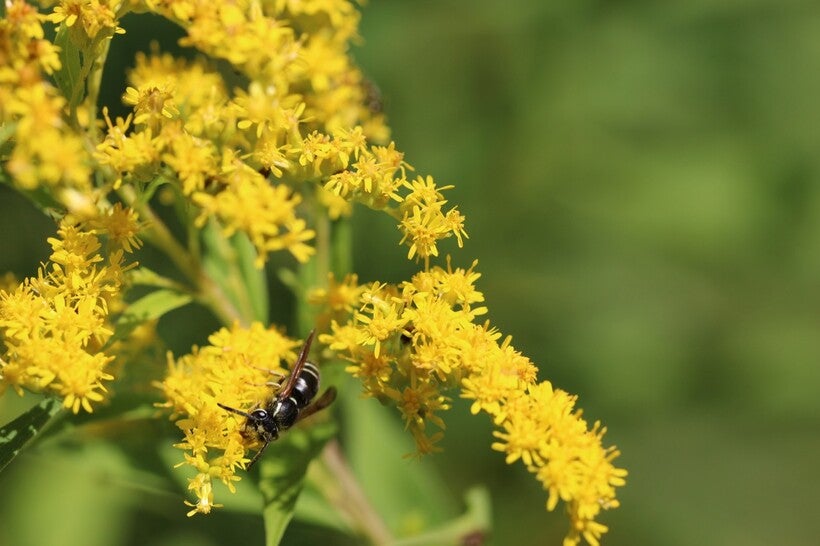 A species of yellow jacket, Vespula consobrina, with pollen clinging to its thorax. Photo courtesy of P.J. Liesch

But their main contribution is their status as predator, Liesch said.

"They can be really pretty darn good predators," he said. "They're very fond of soft, squishy insects if you will ... things like caterpillars, maybe sawfly larvae and things like that."

Insects that are largely considered garden nuisances, like hornworms and cutworms, Liesch continued. The yellow jackets target those protein sources to feed to their young as they grow and develop. Adults need the carbohydrates from nectar as a fuel source to burn through.

Yet sometimes yellow jackets are too good at their job, Liesch said.

"What I mean by that is if you're specifically doing something like butterfly gardening ... and if you have a very active yellow jacket or paper wasp nest nearby, they might come in and essentially pick off all of those caterpillars," he said.

But why do they seem to terrorize outdoor fun the most at the end of the summer?

They’re at peak population from August to October and their food sources are beginning to run low, Liesch said.

"They get really desperate," he said. "They may be a little bit more aggressive that time of the year because ... you've got a lot of workers out there looking for food sources."

By the time the fall rolls around, yellow jackets are essentially starving to death, Liesch said. And once November and December hit, those colonies have essentially died out for the year.

In the meantime, do your best to give them some space, he said.

"In general, if you give them a wide berth and stay away from the nest, they tend to leave you alone," Liesch said. "If you get up close, within a few feet or you run over a ground nest with the lawnmower, they're going to be defensive. They're going to come out and sting."

The Benefits Of Yellowjackets 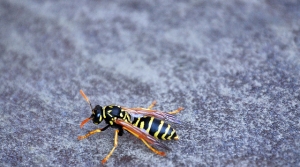 Yellowjackets numbers peak between August through October. While getting stung by these wasps can be painful - and even problematic - they do offer environmental benefits. We talk to an entymologist about the role they play and tips for management.