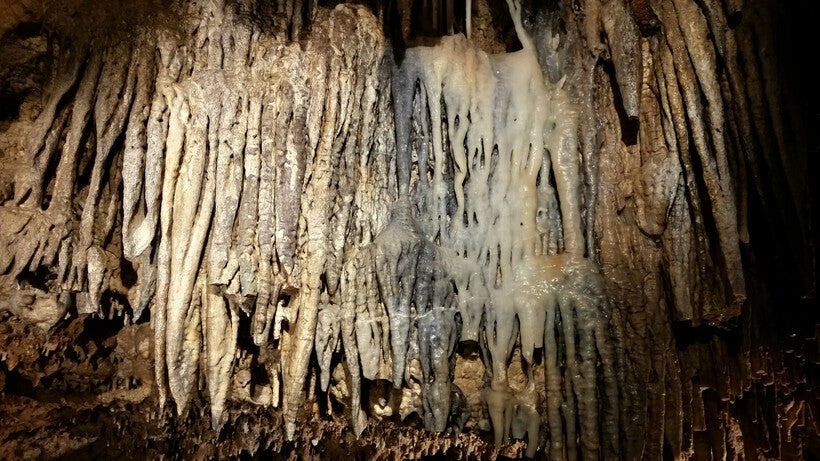 What to know before spelunking in Wisconsin

Wisconsin Speleological Society has documented more than 400 sites where you can explore caves
By Keegan Kyle
Share:

Cave explorers at the Wisconsin Speleological Society have documented more than 400 sites on private and public lands where people can venture below the state’s surface view.

But that number could grow much higher in the future. The society estimates thousands more caves exist in the state, but the sites are merely inaccessible due to sediment left by ancient glaciers.

"Reason we don't have a lot of caves is because the glaciers filled them all in," said Kasey Fiske, the society’s chair. "We as an organization have been restoring caves by taking out the glacial sediment. Then that provides access for people to come into the caves."

Rob Ferrett: Can you give us a taste of the kind of caves we have here in Wisconsin?

Kasey Fiske: Most of the caves in Wisconsin are typically crawling caves. We don't have the large caves like we do down in Tennessee or Kentucky. The reason being is because of the different types of limestone that we have here in the state.

RF: What is it about caves that captured your interest?

KF: It's one of the last frontiers on the Earth as far as exploration. I think that's the biggest draw that I have. I just never know what I'm going to find — maybe (I'm) the first person that's ever seen (something) that's underground.

RF: If someone is interested in checking out caves and doesn't know where to start, what would you recommend is their first bit of exploration?

KF: I would suggest people go to one of our show caves in Wisconsin. There's currently four. Probably the best one to start with would be Ledge View Nature Center in Chilton. It's non-lit caves that you're going into, and you actually will be crawling through the caves. Other caves are all walking and lit passages.

RF: What's the difference between spelunking and caving?

KF: Spelunkers are non-professional cavers. They're inexperienced. We always say about spelunking: Cavers actually have to go and rescue spelunkers. Spelunkers go into caves, maybe with just a flashlight. They don't have the proper equipment. They get lost, their lights go out, and they have to be rescued.

RF: I know there's concern about bats and white-nose syndrome. How does your organization help make sure that humans aren't spreading the disease?

KF: While bats have likely been responsible for spreading white-nose syndrome shorter distances, spores of the fungus that causes WNS can and have been transported by humans between sites on clothes, footwear or gear. There is evidence of it coming from Europe to a U.S. site where it was first discovered in New York, and when the fungus made another long-distance jump from the Midwest to Pacific Northwest a few years ago. All tourist caves in Wisconsin have white nose syndrome biosecurity measures posted for visitors.

RF: If people want to check out a cave tour, what are some of the best opportunities?

KF: We provide cave tours and they're always the third Sunday every month, May through October. We have our main cave that we've excavated out up by Cherney Maribel County Park. That's right off I-43 between Green Bay and Manitowoc. We provide the tours for free. We do ask for $5 donations for a family, and you get a really nice caving patch. This year, we also have on Saturday, July 16 a public tour, and we're doing for the first time candlelight tours in the cave.

Editor's note: This story was updated with additional information on white-nose syndrome.

Spelunking around the state 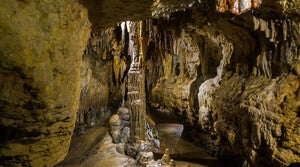 There are more than 400 documented public and private caves in Wisconsin. We talk to a speleological expert about exploring — and protecting — these natural treasures.