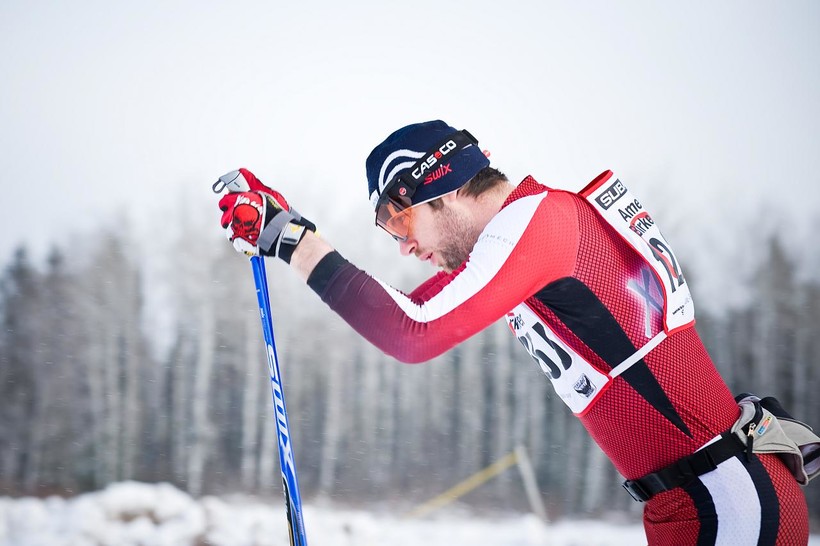 What It's Like Doing The Largest, Longest Ski Race In North America

It’s the largest and longest ski cross-country ski race in North America and for 40 years, it’s been bringing skiers from around the world to Wisconsin.  The American Birkebeiner takes place this Saturday, and is expected to bring nearly 10,000 skiers to Hayward, where the race finishes.

“It’s one of Wisconsin’s really great traditions,” said Mike Ivey, reporter at The Capital Times newspaper, and avid cross-country skier.  Ivey will be competing in his 26th Birkebeiner race on Saturday.

"The Birkie," as it’s affectionately known, is deeply rooted in Norwegian lore.  It pays tribute to an event that took place in 1206, where Norwegian warrior soldiers called “Birkebeiners” safely skied the infant Prince Haakon to safety in the midst of the Norwegian civil war.

However, no infants on the back are required for the American Birkebeiner.

While several events take place over the Birkie weekend, Ivey said the two marquee events are the 54-kilometer classic race and the 50-kilometer freestyle, in which skiers use a skating-like technique, much like one would see in the biathlon.

One thing’s for sure: either option is going to be challenging.

And due to the amount of skiers, snow conditions can deteriorate quick.

“Mashed potatoes,” Ivey said.  “Imagine skiing through mashed potatoes, because when that many skiers go over the course, they really tend to churn it up.”

If all of that wasn’t enough, skiers are bracing for a winter storm that’s currently bearing down on the area, which could bring 10 to 15 inches of snow.

“It really slows things down when the snow’s too deep,” Ivey said.  “A lot of skiers would rather have it fast, with the snow packed down.”

When it comes to training for the race, Ivey said there’s many ways to go about it, but it’s common to see people running, cycling, and paddling during the warmer months to stay active.

“You’ve got that Birkie out there looming in the future at some point,” Ivey said.  “It’s a way to keep you going and keep outside.”

Traditionally, cross-country skiing is considered a silent sport.  But Ivey said when it comes to the Birkie, it’s quite the opposite, and the course can get chatty.  And with several rest stops along the way, it’s not uncommon to bump into fellow skiers and strike up a conversation.

“It’s sorta like a family reunion in a way,” Ivey said.  “I run into people I only see once a year, and I’ll see them at the Birkie.”

Ivey’s shooting for a time of four hours this year although in his heyday he finished in around two-and-a-half.  His advice to first-timers?  Don’t overdo it.

“Take it easy.  If you’re sweating, you’re going too hard,” he said.