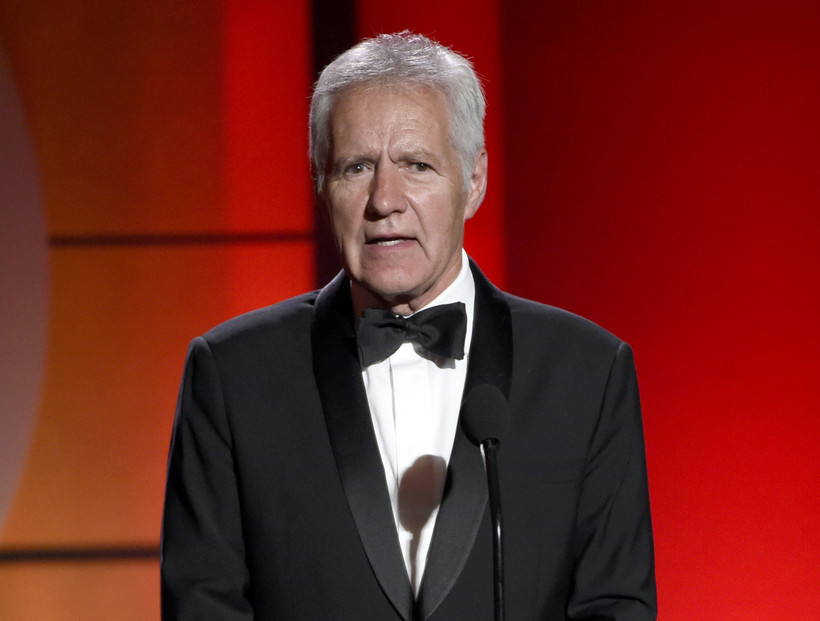 What Is A Conversation With Claire McNear, Author Of The Definitive Book On 'Jeopardy!'?

It's "America's Favorite Game Show" and it has the trademark to prove it. We're talking, of course, about "Jeopardy!" The show has been a television mainstay for decades but it's going to look very different in the future. That's because longtime host Alex Trebek died Nov. 8 after his battle with pancreatic cancer. He was 80.

Claire McNear is the author of "Answers in the Form of Questions: A Definitive History and Insider's Guide to Jeopardy!" She wrote a moving tribute to Trebek for The Ringer and she also shared the following on Twitter:

this Alex Trebek tribute video has made me feel all the feelings. pic.twitter.com/1xfEjm49yv

McNear said Trebek has been described as a kind of modern-day Walter Cronkite, "and I think that's true," she told WPR's "BETA."

"I think in so many ways 'Jeopardy!' is this last bit of television monoculture where everybody knows what 'Jeopardy!' is. Everybody has a 'Jeopardy!' story. Maybe you grew up watching it with your parents or a grandparent. Maybe you watch it with your own kids. Now, it's such a universal thing," McNear said. "And Alex Trebek, having hosted the show for more than 36 years, was just such a part of that. He's ubiquitous in a way that just about nobody is anymore in pop culture, and also that he was so, so good at it. He worked so hard, which is what made 'Jeopardy!' so good."

In keeping with the spirit of "Jeopardy!", we decided to pose some questions during our interview with McNear in the form of answers and she was gracious enough to play along.

This "Jeopardy!" champion once told Claire McNear that this is the "Moneyball" era of "Jeopardy!"

"You know, I actually think I've heard that from a couple of different contestants, but I think — Who is Ken Jennings?"

"So, he talked a bit about this kind of professionalization. He compared contestants nowadays to the fighter pilots, where they're just getting hours and hours and hours and hours in the tank before they ever walk into the "Jeopardy!" studio," McNear said. "Like in the old days, maybe you'd make a hundred flashcards. You know, you'd just get the presidents down. Maybe you'd flip through an almanac and you were like, 'OK, I'm ready for "Jeopardy!"' Not so anymore."

The origin story of "Jeopardy!" can be traced back to the 1950s quiz show scandals. Columbia University professor Charles Van Doren appeared on the popular quiz show, "Twenty-One." Van Doren won $120,000 in just fourteen weeks. But it turned out that Van Doren and some contestants on other quiz shows, such as "The $64,000 Question," were being briefed on the material by the show producers before the taping of episodes, and in some cases, contestants were paid off to lose a match. After The New York Times revealed this scandal, a grand jury investigation followed and Van Doren admitted to a congressional subcommittee that he had received questions and answers in advance. Several other quiz-show contestants faced perjury charges.

"And after that, Congress amended the Communications Act to effectively make cheating on a quiz show illegal," McNear explained.

"So in the years after that, Merv Griffin was speaking with his wife. And she had the idea of just flipping it around and doing exactly what was now verboten, what was now illegal — just give the answer to the contestants as a way to kind of like thumb their nose at this new law that had sort of made it so quiz shows didn't happen anymore because everybody was so spooked."

The answer is an Audio Daily Double. Claire, you have $15,000 and you're currently leading. How much would you like to wager?

Okay, so not a true Daily Double but a sizeable amount — a third. Here we go: The man behind this parody of a popular song by The Greg Kihn Band may be the reason that "Jeopardy!" still exists today.

"Oh, I know this one. Who is Weird Al Yankovic?"

"But it just so happened that his song came out and it was this sensation," McNear said. "There was so much nostalgia around 'Jeopardy!' and it really took off; it was really high up on the charts. And it was just as the new 'Jeopardy!' staff was being hired and just before 'Jeopardy!' came back on the air with Alex Trebek. And I think that it is widely thought that the success of that song and the nostalgia that it kind of brought about had a lot to do with the new 'Jeopardy!' taking off. Game shows are not traditionally a very stable business. Obviously, there are these kind of cherished stalwarts. But Alex Trebek had been out of work for a year. He had worked for a series of game shows that had lasted I think the longest was maybe three seasons prior to 'Jeopardy!'  And because Weird Al had created this song, it may have really been the key to "Jeopardy!' immediately finding that audience."

And what did Alex Trebek think of Will Ferrell's recurring impersonation of him on "Saturday Night Live"?

"Yeah, this is one of the questions that Alex Trebek would always get asked," McNear said. "People always wanted to know, 'hey, are you offended by that? Isn't that mean?' And in a way, you would think that he would have been, because it is just this extremely uncharitable depiction of him really where he's mean, he's condescending, but in fact, he loved it. He loved, loved, loved the sketches. He so had a sense of humor about himself. You know, I think it was all in good fun. And he himself had some cameos on 'SNL' and brought Will Ferrell on to 'Jeopardy!' So they kind of had this back-and-forth interplay."