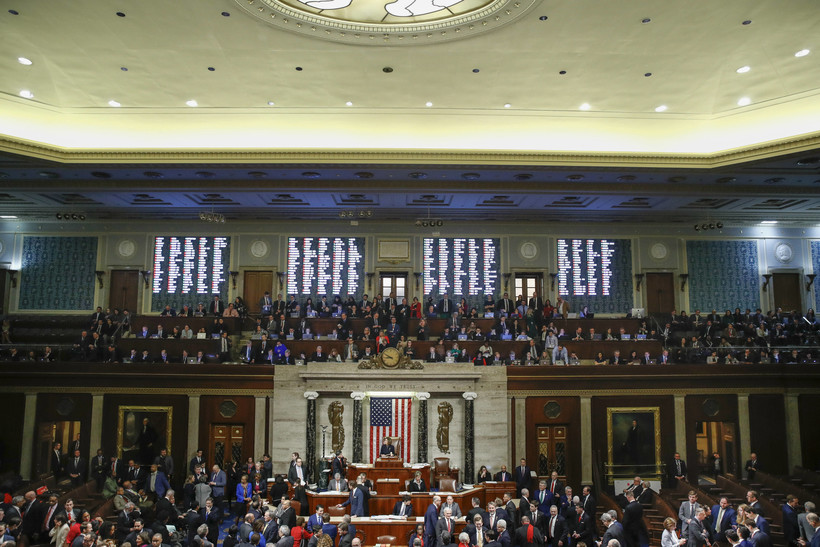 One day after the U.S. House of Representatives voted to impeach President Donald Trump, voters in Wisconsin's 3rd Congressional District have mixed feelings about the decision.

U.S. Rep. Ron Kind, who represents that district, voted in favor of impeaching the president on Wednesday. The Democrat, whose district went for Trump in 2016, was one of the only Wisconsin representatives who hadn't announced their plans ahead of the impeachment vote.

In a statement released after the vote, Kind said his vote wasn't about the president, but about "defending the rule of law, our Constitution, and what signal we send future presidents of what is acceptable behavior."

Area residents had a range of responses to the House vote.

"I don't see any way that he couldn't have (voted yes)," Harm said. "I think what the president did was impeachable and I think that as a representative of the people, who the president is also supposed to represent, Ron had an obligation." But Harm said he isn't sure how many voters in the 3rd Congressional District share his opinion. He said he sees many people make comments in support of Trump on social media or in person. And he worries the impeachment vote will only make the division worse.

Martin Chapin, from Viroqua, said the divisiveness around impeachment is why he was disappointed that Kind voted in favor of it.

"I'm scared that they're going to be setting a precedent with the bar so low for impeachment that it's going to become a regular thing, especially with our country so divided," Chapin said. Chapin said he wasn't pleased with Trump's actions regarding Ukraine, but he doesn't think there was enough decisive evidence to support the president's impeachment.

With Kind's vote in favor of impeachment, Wisconsin’s congressional delegation voted along party lines, with all Democratic representatives voting for impeachment and all Republicans voting against.