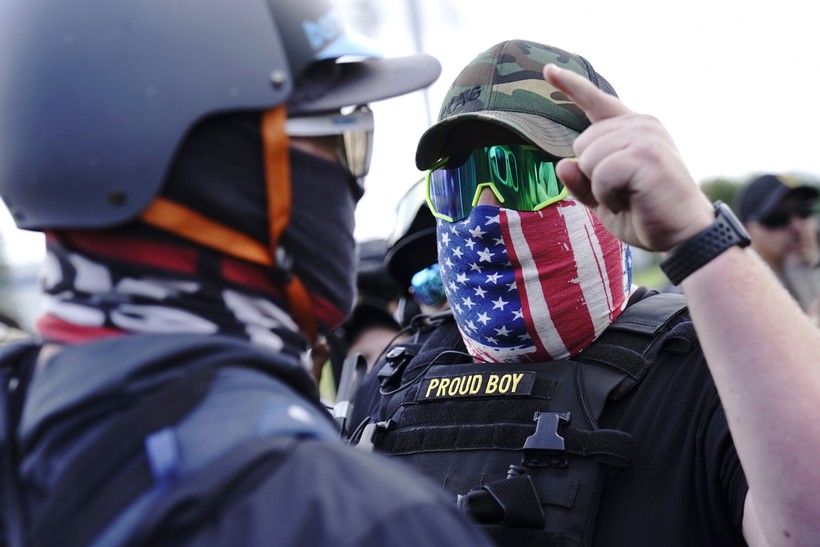 A few Wisconsin men joined the Proud Boys with the intent of finding brotherhood, similar to that of what they experienced in the military.

What they found was different, telling USA TODAY-Wisconsin that "the group is a den of racism and antisemitism. Moving up within the group, they said, is dependent on sadistically bullying potential members and promoting white supremacist talking points," reports the Milwaukee Journal Sentinel.

From June 21-24, there were 376 new cases of COVID-19 reported by the Wisconsin Department of Health Services, bringing the total number of cases since the start of the pandemic to 612,506. Wisconsin has lost 7,280 total lives to the disease.

Forty-six percent of Wisconsinites are fully vaccinated — 80.9 percent of people age 65 and older and 19.7 percent of children age 12-15.

Saturday is the last day the Alliant Energy Center in Madison will serve as a community vaccination site. Vaccination at the center is available until 3 p.m. and testing is available until 4 p.m. Saturday, according to a spokesperson with Public Health Madison & Dance County.

After 13 months, 425,000+ tests and 85,000+ vaccinations, emergency operations at the Alliant Energy Center will end tomorrow.

To all the dedicated, hard-working staff who served their communities during this challenging time: THANK YOU. pic.twitter.com/FC4VygRZoa

Former Wisconsin Govs. Scott Walker, a Republican, and Jim Doyle, a Democrat, have released a public service announcement encouraging residents to get vaccinated if they're able.

About $140M In Stimulus Money Targeted For Tourism

Wisconsin’s tourism and entertainment businesses, hit hard by the coronavirus pandemic, are getting some financial help to recover.

The grants from the federal economic stimulus bill passed by Congress earlier this year will be administered by the Wisconsin Department of Administration and state Department of Revenue.

The lodging industry will receive $75 million in funding, with $12 million reserved for small businesses that host live events and about $11 million for movie theaters.

Hamilton Elementary School and School of Technology and Arts I, in La Crosse, has installed almost 300 solar panels on its rooftop. The unveiling was Monday.

The panels, which are 81kW, are projected to save La Crosse schools upwards of $225,000 in energy spending, and will provide power to nearly half of the building, reports the La Cross Tribune.

The school is one of about 130 in Wisconsin to utilize solar technology.

The state Senate has passed a bill that would allow people to braid hair without a license. The Black community has been pushing to deregulate braiding for years.

According to the Institute for Justice, 30 states currently exempt braiders from licensure. Wisconsin doesn't require licenses for braiding hair, but the bill's main authors, Rep. Shelia Stubbs, D-Madison, and Sen. LaTonya Johnson, D-Milwaukee, contend braiders are getting mixed messages about whether they need them. They also contend hair-braiding is an ancient craft and de-regulating it will allow more female entrepreneurs to practice braiding.

The Senate approved the bill on a voice vote Wednesday. The Assembly passed it in March. The bill goes to Evers for his signature.

The official portraits of former President Barack Obama and First Lady Michelle Obama are now on display at the Art Institute of Chicago — which happens to be where the couple had their first date.

The portraits were originally unveiled at the Smithsonian's National Portrait Gallery three years ago.

A virtual event was held this week with Michelle Obama, the artist and the curator.