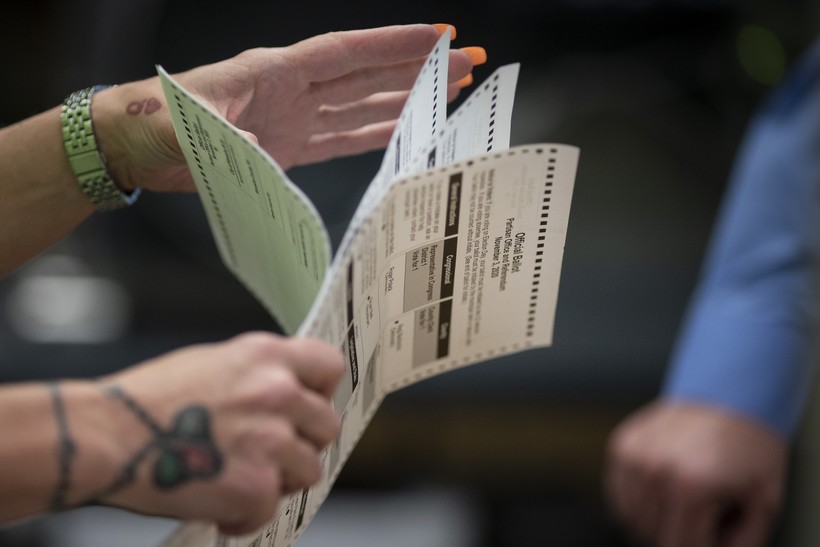 In an effort to thwart potential absentee ballot fraud, the Wisconsin Elections Commission will continue sending postcards aimed at catching people impersonating other voters online. The decision comes after a Union Grove man requested ballots for Assembly Speaker Robin Vos and Racine Mayor Cory Mason without their knowledge to prove it could be done.

On July, 28 Harry Wait told media outlets including Wisconsin Public Radio that he used the state's online voter portal to request absentee ballots for Vos and Mason. He noted his actions were "criminal" but said, "It was to expose the vulnerabilities of the WEC system."

Wait has since been charged by the Wisconsin Department of Justice with multiple felonies.

On Aug. 4, the commission announced it would send postcards to 3,962 Wisconsin voters whose absentee ballot requests were being sent to mailing addresses other than those listed in voter registration files. The cards encouraged residents to call or email the elections commission if they had not requested ballots via the MyVote website.

During a Wednesday meeting of the WEC, staff member Robert Hunzicker said the commission "did not receive any additional reports of fraudulent ballot requests."

"We did not receive many contacts based on the mailer, although I would imagine that certainly gave some people peace of mind that we were validating activity on the system," said Hunzicker. "We did get some questions about the mailing address or some people who wanted to confirm that their request had been properly understood."

The cost of the pre-primary postcards was $587. Costs will be higher during the general election as there have been around 17,000 online requests for ballots to go to another address.

Commission members debated the usefulness of continuing the postcard confirmations in the run-up to the Nov. 8 election but ultimately voted unanimously to do so.

Commissioner Bob Spindell, a Republican appointee to the board, called it "a really good deterrent" for people who may be thinking about fraudulently obtaining absentee ballots in future elections.

"I think it's a very good item to continue," Spindell said. "And to not continue that, I would believe there would be less confidence in our system."

Commissioner Mark Thomsen, a Democratic appointee, disagreed and said with no evidence of fraud via the MyVote system, other than the high-profile case of Wait, he didn't see why taxpayer money should be spent on continued mailings.

"This is like overkill and it's fearmongering and, you know, our municipal clerks know how to run elections," said Thomsen.

Commissioner Julie Glancey, another Democratic appointee, said she doesn't favor sending the postcards in perpetuity. But she said with Wait's criminal case ongoing and a "huge election" coming up the mailings should continue.

"I think the November election is where the people that are looking to cause trouble are going to be trying to do that," said Glancey, "So I don't really see the harm in doing it for this election."

Glancey said if the commission doesn't get any responses to the postcards during the November election "then obviously we don't have a problem" and the mailings could stop.

Board members voted unanimously to direct WEC to conduct two rounds of postcard mailings for individuals requesting ballots from addresses not matching registration records. Staff members will determine when the cards will be sent to voters.