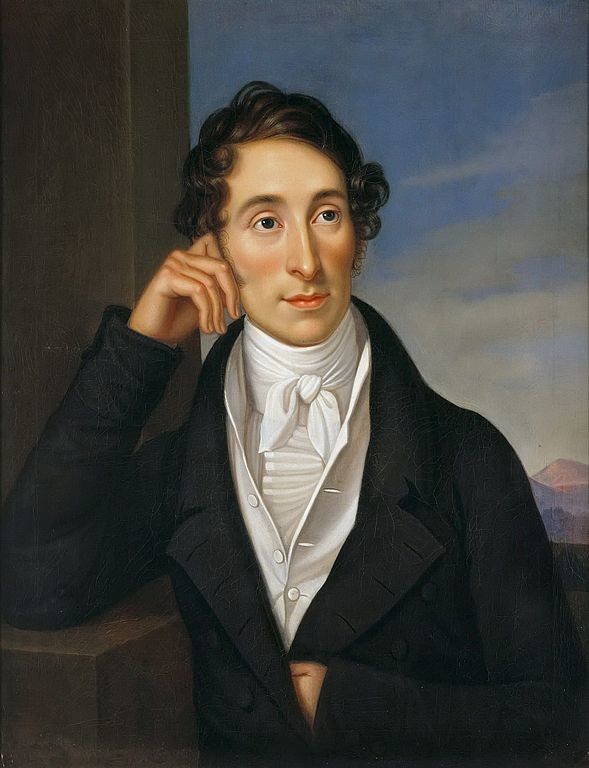 In the spring of 1804 Carl Maria von Weber was not yet 18 years old. But he already had some distinguished compositions to his credit, and though he had little conducting experience, he was invited to lead the theater orchestra in Breslau.  The salary was small and the position modest, but it would help Weber to support his unproductive father.  He accepted the invitation.  Within two years that decision would cost him dearly.

Weber started off badly in Breslau although he didn't know it.  An influential violinist had wanted Weber's conducting job, and before Weber even arrived in town, the violinist did his best to blackball Weber from important musical opportunities.

Weber did not get along well with the orchestra.  He demanded many more rehearsals than they were used to, and, coming from a boy of eighteen, the demand was annoying.

His most unpopular move was to change the seating of the orchestra.  Traditionally the winds had been in the front with the strings behind them.  Weber put the first violins, oboes, horns, one cello and one double bass at the right, the second violins, clarinets, bassoons, and violas to the left, and in the back the trumpets and kettledrums.  Breslau audiences were partial to brass, and they complained that they couldn't hear the music.

Weber also was faulted for his insensitivity when it came to replacing old incompetent musicians with fresh talent.  Many of the longtime musicians, the "dead wood," were popular with the townspeople.  And there was no good way to finance the incoming musicians that Weber wanted.

Weber insisted that the improved orchestra and a more exciting repertory would pay for themselves, and he pressed on with great enthusiasm.  The orchestra directors responded by vetoing every suggestion that required extra spending.

And Weber's ordeal in Breslau was by no means over.  His worst experience there was yet to come, and it would have little to do with music.  We'll hear about it next time.