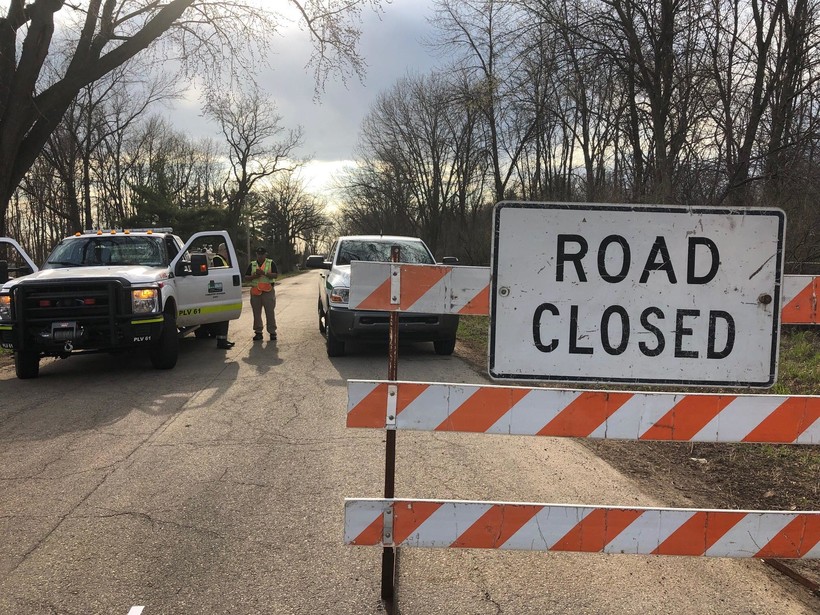 Wisconsin Department of Natural Resources staff assist with a weakened levee on the Wisconsin River near Portage that resulted in several homes being evacuated Monday, April 22, 2019. Photo courtesy of the Columbia County Sheriff's Office Facebook page

Flood Warnings, Watches In Effect Along Waterways Across Wisconsin
By Hope Kirwan
Share:

Around 30 homes near Portage have been evacuated because of a weakened levee on the Wisconsin River.

Culhane said it's normal for water to pass through the berms, especially during times of high water. But pressure from the flood water is causing sand to be eroded out of the levee.

"That's a concern obviously because as material is removed it becomes weakened," Culhane said. "That seepage area or boil has been growing over the last couple of days. So we're keeping a very very close eye on that."

Columbia and Sauk counties sheriff's offices have closed Levee Road, which runs parallel to the eight-mile levee, and have asked residents to evacuate. Culhane said officials estimate seven households have evacuated with the rest choosing to shelter in place.

"These are folks who are used to these weather conditions," Culhane said. "In many cases, they keep watercraft near the road so when water is high, they can park the car in the road and use a kayak or a canoe or a small motorboat to get back into their houses." 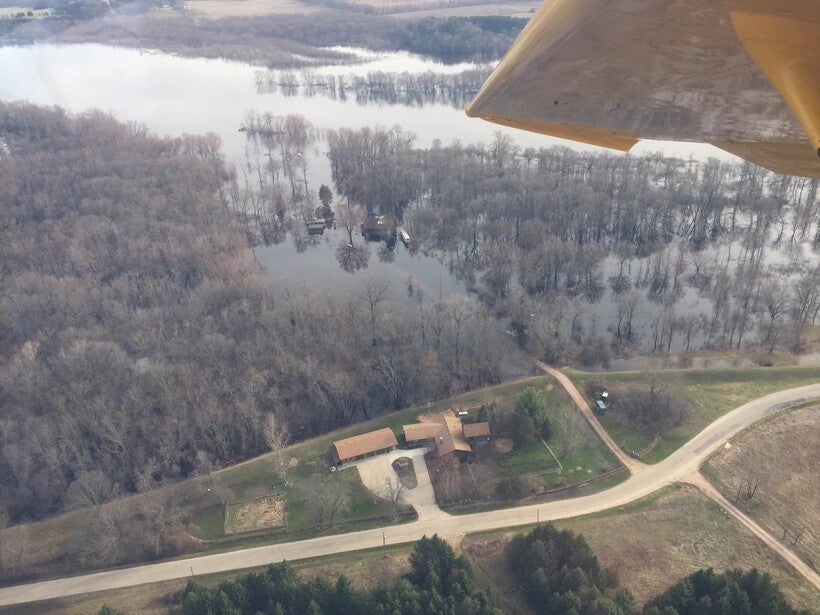 Around 30 homes near Portage have been evacuated due to a weakened levee on the Wisconsin River. Photo courtesy of the Columbia County Sheriff's Office Facebook page

The Wisconsin River at Portage crested at 20.06 feet Sunday, just under the historic flood level of 20.7 feet set in 2010.

Culhane said DNR officials expect water levels to fall around five inches over the next 12 to 18 hours.

The National Weather Service has also issued flood warnings along much of the Mississippi River and flood watches for portions of north central and northeast Wisconsin.

Dan Baumgardt is a science and operations officer for the National Weather Service in La Crosse.

He said above normal precipitation over the last year has soaked area soils, causing new precipitation to run right into local waterways.

"Our river systems are already kind of maxed right now," Baumgardt said. "They’ve been running abnormally high for quite some time. So it takes a little bit less water to get to those flood stages."

With rain moving across the state Monday evening, Baumgardt said any area with elevated water levels could be at risk of flooding over the next few days.