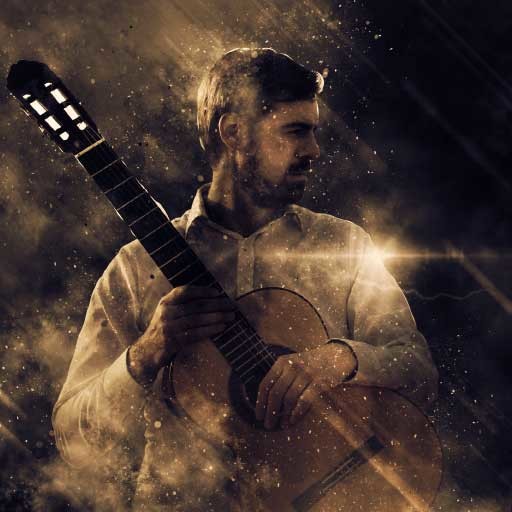 "We Shall Overcome" Reimagined by Simon Thacker

This iconic anthem took root during the 1954-1968 Civil Rights Movement in the U.S. is said to have evolved first from a hymn by Dr. Charles Albert Tindley (July 7, 1851 – July 26, 1933) an American Methodist minister and early gospel music composer who published it in 1900.

19 leading musicians from around the world join classical guitarist and composer Simon Thacker on his re-imagination of  the anthem to express a message of solidarity in the time of Covid 19.

"There have been many creative responses to the challenges of the Covid -19 crisis. A revelatory take by East Lothian based classical guitarist and composer Simon Thacker on a seminal song of hope has added to the artistic achievements of this time. He has brought nineteen leading performers from around the world together for his ecstatic reimagining of the iconic song We Shall Overcome, as an international message of solidarity in the time of Covid 19."

Simon Thacker composed, produced and edited the audio and video of the track, embarking on the complex journey of creation in April.  Simon’s career has been defined by pioneering intercultural collaborations. For We Shall Overcome he took inspiration from each of the respective traditions of the performers as well as the immense legacy of a song known around the world in many languages. He said “For me, this version of We Shall Overcome is a beautiful testament to the force for positivity and unity that music will always be. We hope it will lift your spirits during the time of Covid 19.” You can see the full video on Simon’s YouTube channel.